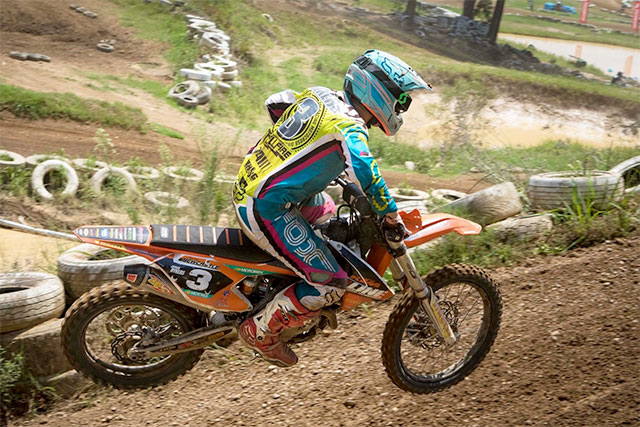 The squad will bring promising youngster Morgan Fogarty into the fold as MXD rider, following the promotion of Wade Kirkland to the MX2 championship.

Having finished fourth in last year‰Ûªs MXD championship at his first attempt, Kirkland illustrated the philosophy of the Raceline program to a T. He established himself in the beginning of the season before gathering four podium finishes over the remainder of the year, including two rounds wins, at Nowra and in the finale at Coolum.

"Jayden should be a good team mate. I‰Ûªve spoken to him a couple of times at a few races and he seems to be a pretty good bloke and I‰Ûªll definitely be able to learn from him. Having someone to chase around will be good for both of us. I‰Ûªve known Morgan for quite a while as well and we get along pretty well.

"I‰Ûªll still train down here in Tasmania most of the time and do testing and stuff up there maybe four or five times a year. My times were pretty close to the money last year, we had a couple of quick boys around, which helps, I reckon it would be pretty cool to be a rookie and win it. That‰Ûªs something to aim for.‰Û 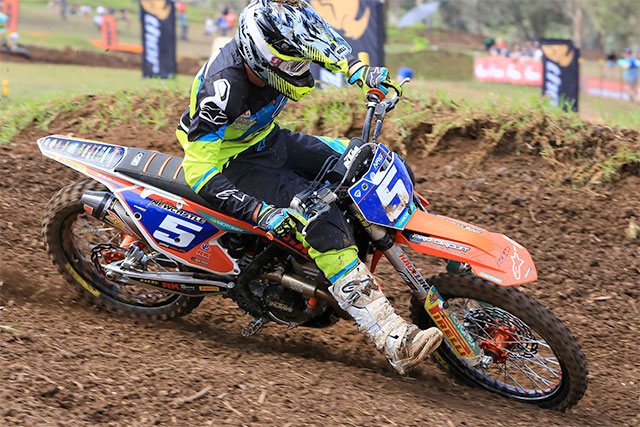 Wayde Kirkland, Photo: Supplied
Chris Woods KTM Raceline Pirelli Development Team, said, ‰ÛÏIt‰Ûªs a pretty big change considering we‰Ûªve only been with KTM for one year, so we‰Ûªre pretty excited to step up as the official Lites program, but we‰Ûªre also pretty pumped to keep a finger in the pie with our MXD rider development program as well. Apart from that it‰Ûªs pretty well play on, we‰Ûªll just keep doing what we did last year, but with one extra rider and a bit more prestige.

"I watched Morgan at Coolum when the MX Rookies had a hit out, and I was pretty impressed with what he did, so once Caleb Grothues got the ride in Europe, Morgan slotted in with us.

"He fits the Raceline credo well; he‰Ûªs a very down to earth young bloke who keeps his head down and his mouth shut and just works. And those are the sort of riders we look for.

"Jayden I never knew too much about, but he seems a ripper kid who‰Ûªs super young, and he‰Ûªs looking at the big picture ‰ÛÒ he‰Ûªs no too worried about winning the battle, he wants to win the war. He‰Ûªs working it all out pretty quick so fingers crossed we can keep it up.

"Wade‰Ûªs fantastic, I love him. He fits the team‰Ûªs role with KTM perfectly; they get a go in MXD, do well and get a shot in MX2. But he‰Ûªs huge, and he‰Ûªs getting huger by the day, he‰Ûªs like one of those pups with the big feet; he‰Ûªs got massive hands and he comes in and the grips are like twisted around three times - it‰Ûªs only a matter of time before he ends up in MX1. He makes his size work for him once the momentum is going but it‰Ûªs trickier getting off the line. We‰Ûªll try to stick a decent pony under him and see if we can keep him up there.‰Û 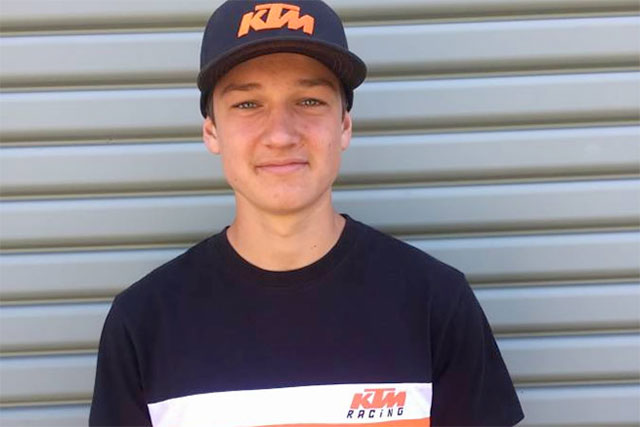