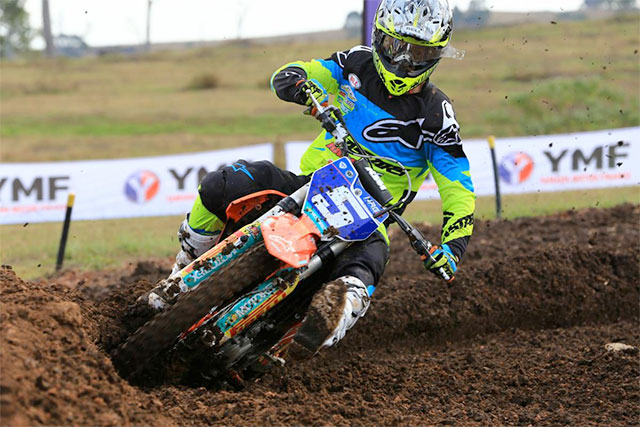 Raceline Pirelli KTM made further progress at round two of MX Nationals in Appin over the weekend, with Wade Kirkland now in a podium position in the Pirelli MXD Championship, while MX2 pilot Dylan Wills continued to make steady improvements.

With the Appin circuit forming up to be rough, technical, and rutty in true MX Nationals style, both Wills and Kirkland took to the track well, with both of their KTM machines performing in challenging conditions.

For Wills, who is still recovering from an injury sustained in the pre-season, ninth in moto one was an encouraging result. Then in moto two, Wills looked as if he was back to his old self sitting in fifth place, however a crash just past the mechanic‰Ûªs area forced him to lose valuable positions, which resulted in the KTM mounted rider finishing in 14th.

Kirkland, who is competing in his first year in the Pirelli MXD class, raced from an impressive dead last position to seventh in moto one, while in moto two, Kirkland showed that the valuable track time had paid off, launching to an impressive start to then take 3rd.

With two moto results combined, Wills concluded round two of the MX Nationals in 12th overall.

‰ÛÏIt was another tough weekend for me, but a step forward from round one,‰Û