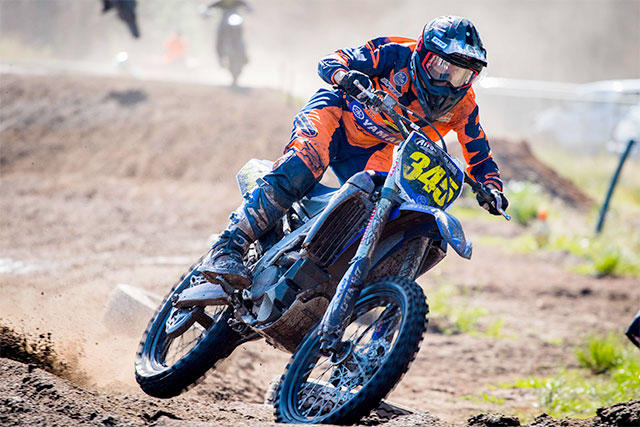 The Queensland GYTR Yamaha Junior Racing duo of Jack Kukas and Levi Rogers signalled their intentions for a strong 2017 season with an outstanding performance at the opening round of the Airoh Helmets, Sunshine State Motocross Series held at Coolum, over the weekend.

With an increase in rider numbers, particularly in the older junior divisions, the atmosphere at the opening round was improved over previous years with big fields in all classes.

After an eight- month layoff with knee surgery, Jack Kukas made a great start to his time with GYTR Yamaha Junior Racing with a dominant display in the 15 years 125cc class taking three wins from three starts and looking good on the YZ125.

Kukas was on track for the daily double after he won the opening moto of the 15 years 250cc but a small fall in race two and then taking some time to get going, Kukas could only manage a fifth place finish. That proved to be his only blemish for the day as he rebounded for a win in the final moto to finish second on the day but well placed heading into the second round.

‰ÛÏI was pretty nervous today as I hadn‰Ûªt raced for a long time and it doesn‰Ûªt matter how many laps of practice and training you do, it‰Ûªs still different to racing,‰Û 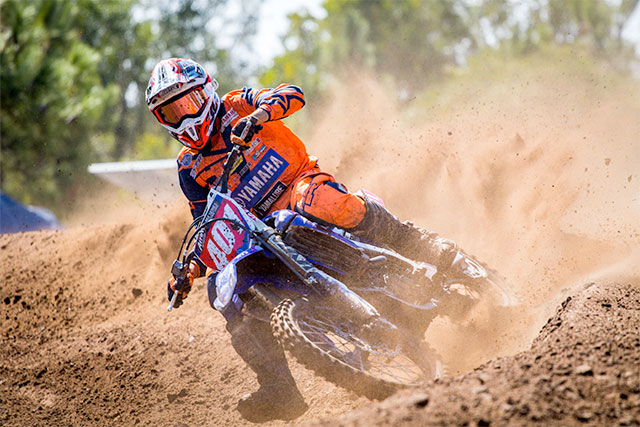 Levi Rogers broke through for the win in the 13-14years 250 and made the podium on the 125. Credit: Zhane Dunlop
Not to be outdone, Levi Rogers got among the podium action. Competing in the 13-14 years‰Ûª, Rogers took the class victory in the 250cc with 5-1-1 results. Only a fall while passing for the lead in race one stopped a clean sweep for Rogers who has stepped up his speed considerably over the off season.

He then mounted the podium again when he took third in the 13-14 years 125cc. Rogers finished with 3-3-2 results in a very consistent day for the 13year old racer and a flying start to the 2017 season.

‰ÛÏMy Dad and I worked pretty hard over the off season and I tried to ride as much as I could so it was good that I was able get a good result today,‰Û