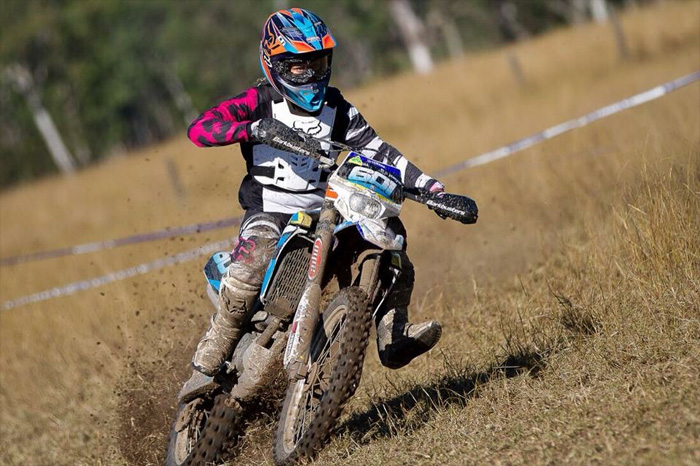 Wilson has had overseas racing commitments preventing her from competing in the series the past couple of years, so it was good to see her back at her grass roots of racing.

Brisbane‰Ûªs Tamara Gray claimed second position behind Wilson for the series. The three-time reigning champion got close to Wilson at some points but could not match her consistency over the series. She was runner up to Wilson at all three rounds.

Sunshine Coast‰Ûªs Melissa Bruce finished in third for the series. Bruce had been sitting in fourth in the lead up to the final round. With luck on her side, she was able to sneak up a position at the series end with a third place finish at Aratula.

Special mention needs to go to young gun Ebony Nielsen. In her first senior year, Ebony was sitting a comfortable third in the championship until she suffered some misfortune at the final round. Nielsen had an altercation with a deep dam full of water. Fortunately she was fine, but the same cannot be said for her bike. Nielsen was forced to DNF the final round.

All the ladies in the class showed grit, strength and determination as they conquered rocks, hills, dust, mud, logs and a variety of other obstacles sometimes spending up to 6 hours a day on their bike for two days straight. Every lady that contested the event is well deserved of congratulations.

Full results can be found HERE For more information on Enduro Racing in Queensland visit: www.queenslandenduro.com.au

Credit: On the Pipe Images