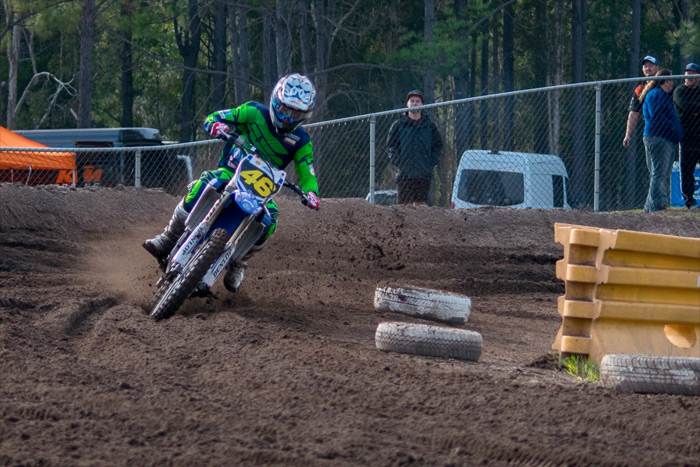 The Queensland Yamaha Junior Racing team wrapped up a successful Sunshine State Motocross series campaign when the sixth and final round of the series was completed at the Coolum circuit, over the weekend.

Hunter Lawrence and Levi Rogers entered the final round in good form after good performances the previous weekend at the Queensland Motocross Championship and were hoping to finish the Sunshine State Series on a positive note.

Already with the 13-15 years 125 series win in the bag after round five, Hunter Lawrence was looking to finish the series out undefeated but that goal when out the window in race one when he clipped a track marker and wrapped the gear level around his footpeg and jamming the bike in one gear.

Lawrence soldiered on but could only manage a 10th place finish in race one. With a new lever on, he was again back to the front of the field and went on to win the next two races and as a result win the final round on his 125 with 10-1-1- results.

Lawrence backed that up with another outstanding performance in the 15 years 250cc class, winning all three races and keeping his undefeated run in 2015 going on his YZ250F.