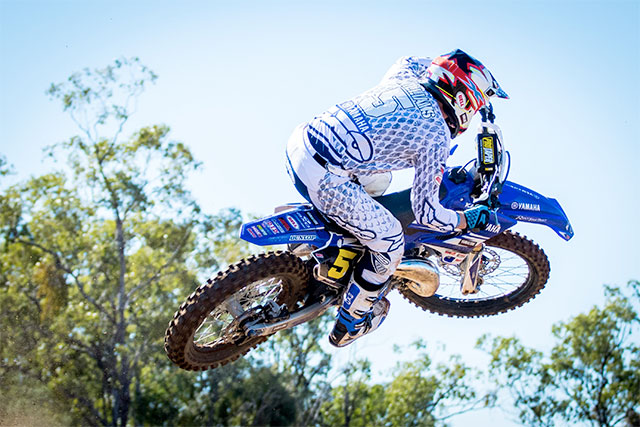 The Queensland Yamaha Junior Racing team started their state motocross championships off in good fashion at round one of the series held at the Mackay circuit over the weekend.

On a perfect winter weekend, the duo of Jake Williams and Levi Rogers rode well and put their Yamaha‰Ûªs up front in the majority of the races and kicked off their championship aspirations with some spirited racing.

Jake Williams dominated the 15 years 250cc class taking the perfect three wins from three starts to take control of the class in the series. Williams showed good speed and maturity as he worked his way around the jump laden Mackay track.

He was also a contender in the 13-15 years 125cc class and narrowly missed taking the double victory by just two points. Williams racked up 3-3-1 results to finish second for the round and only a late race fall in the second moto prevented him from another class win.

‰ÛÏThe weekend went pretty well and a side from a couple of small things, I‰Ûªm happy with the way I rode. I changed a few things in my training in the last week or so and hopefully I can keep improving n those areas.

‰ÛÏThank you to my parents for their hard work over the weekend as well as the Mackay club and event sponsors for putting on a good event,‰Û 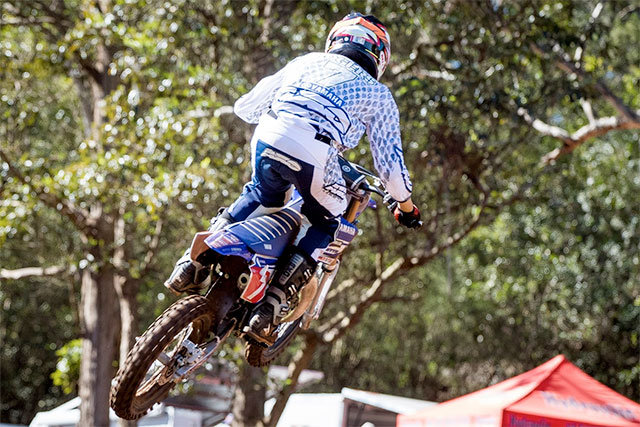 Levi Rogers has stepped up his speed on the YZ125
Levi Rogers produced his best weekend of the year and showed he is continuing to improve on the bigger machines. Rogers has experienced a huge growth spurt in recent months and while he rides his YZ85 with heart, he is simply too big for it now but has adjusted extremely well to his YZ125 and had a break out ride over the weekend.

Rogers finished sixth on his 85cc but the sixth on his 125 in the 13-15 years group was noteworthy with the young gun charging his way past older and more experienced rivals in his way to 8-5-5 results.

‰ÛÏI had a great time racing the 125 and I felt I rode it better each time I went on the track. It was awesome to be up near the front and racing with the fast guys and I was able to pick up on what they do and learn some things.

‰ÛÏThe 85 is tough for me now as I‰Ûªm getting too big for it. I try as hard as I can but my weight and size make it hard. I will ride it at the final round of the championships then it might be time to hop off it and get onto a YZ250F,‰Û