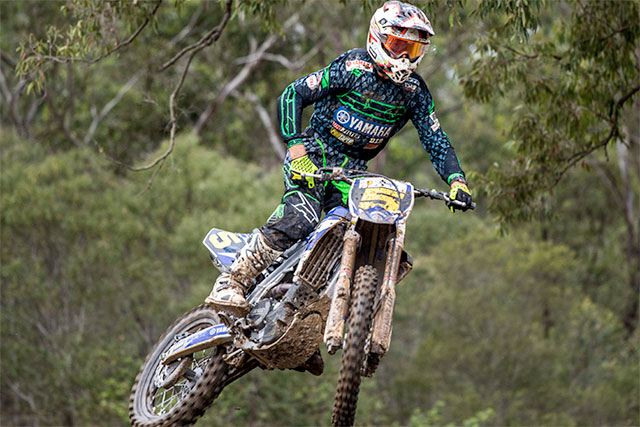 The Queensland Yamaha Junior Racing team logged a rock solid weekend at round two of the 2016 Sunshine State Motocross series, held at the Tivoli circuit, over the weekend.

After the opening round in the sand pit of Hervey Bay, it was a big change of scenery for the riders who were greeted with the hard pack, clay based Tivoli circuit laden with jumps. Both Jake Williams and Levi Rogers raced well and are in strong positions in their respective classes in the six round series.

Williams took the win in the 15 years 250cc class with easy. He won all three races contested and looks in fine form on the Yamaha YZ250F. But he had his work cut out for him in the 13 ‰ÛÒ 15 years 125cc as poor starts impacted on his results. Williams finished with 3-2-3 results to take third for the round but showed he had pace to burn as he charged through the field.

Moto one on the 125 proved the most dramatic as he went down in a first turn pile up. He remounted at the back of the 38 rider field and back the long haul back towards the front. He clawed his way to fifth in five laps before another fall slowed his progress. Again he climbed back on and managed to pass another two riders in the final lap to get back to third place.

Williams‰Ûª leads the 250c class and sits in second place on the 125 just one point off the series lead.

‰ÛÏI‰Ûªm pretty happy with the way I rode but I had to fix those starts on the 125. I wasn‰Ûªt getting into the first corner in good position and I made hard work for myself because of it. I will work on those and make some improvements there and continue to get better as the series wears on,‰Û 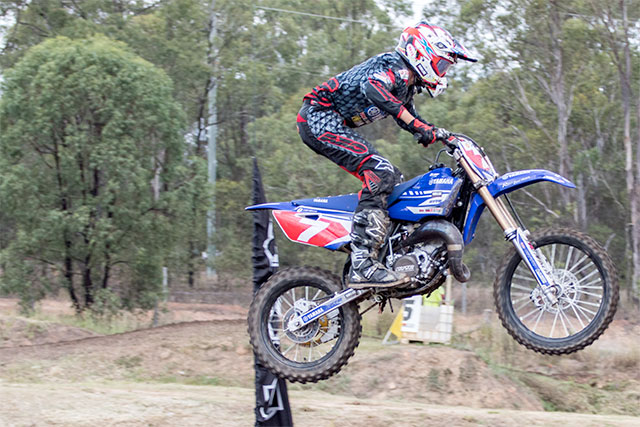 Levi Rogers showing good speed on his YZ85
Levi Rogers again showed he is right at home in the 12-U14 years 85cc class in just his second event in this age group. Rogers showed he has the speed to be on the podium and fought all the way to the finish line in each and every race. He finished with 8-4-6 results and took fifth overall, matching his result from round one.

Levi also his first race on the YZ125 in th3 13-15 years class. Having only been on the larger bike for a couple of weeks, Rogers made a promising debut with a couple of top 13 results and will only get better as he adjusts to the extra power and weight of a 125.

‰ÛÏThat‰Ûªs the first time in a few years I have had to do six races in a day,‰Û