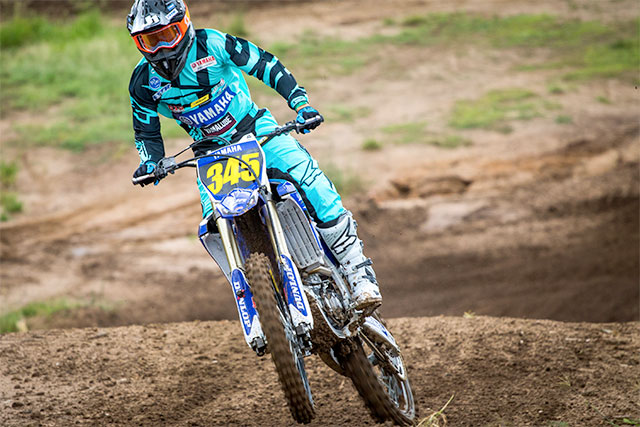 The Queensland GYTR Yamaha Junior Racing team of Jack Kukas and Levi Rogers turned in their best performance of the year so far, claiming eight race wins and four second places out of the 12 races contested, at round four of the Airoh Sunshine State Motocross series at Roma, over the weekend.

The sensational results saw Kukas take the win in both the 15 years 125 and 250cc divisions, going undefeated on the day while Levi Rogers returned to form taking the win in the 13-14 years 250cc and a second place finish in the 13-14 125cc.

After a couple of events where he struggled with form and crashes, Jack Kukas bounced back at Roma with some good racing and a confidence boosting weekend. On the rutted, black soil surface, Kukas pulled great starts all day and took control of each race in the early stages and riding his own race to the finish line.

He took the perfect three from three on the 125 and mirrored that result on his YZ250F and now leads both classes in the series with two rounds remaining.

‰ÛÏIt was good to get back up front and win some races again,‰Û 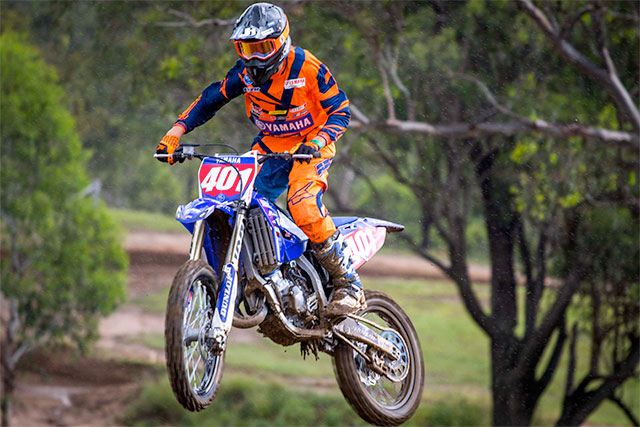 Levi Rogers took another round win on his YZ250F. Credit: Zhane Dunlop
Levi Rogers continues to show improvement and the weekend marked his best results at a Sunshine State series event. Rogers finished the day with two race wins and four second places to take the home a class win and a second place.

Rogers win came in the 13-14years 250cc class with 1-2-1 results. Rogers has now won three out of the four rounds contested on his YZ250F and now sits just eight points from the series lead.

His day started out just as brightly on the 125 when he led moto one all the way until the final lap where he fell and dropped back to take second place. He finished second in the two remaining motos to claim second on the day and, like the 250, he sits second on the series on his YZ125.

‰ÛÏThe weekend went well and it was good to get on the podium for both bikes again. We made a couple of changes to my forks to suit the ruts here at Roma and that made a big difference.

‰ÛÏThanks to my family for all the work they have put in and keeping me on the track as it gets pretty busy riding two bikes at these races,‰Û