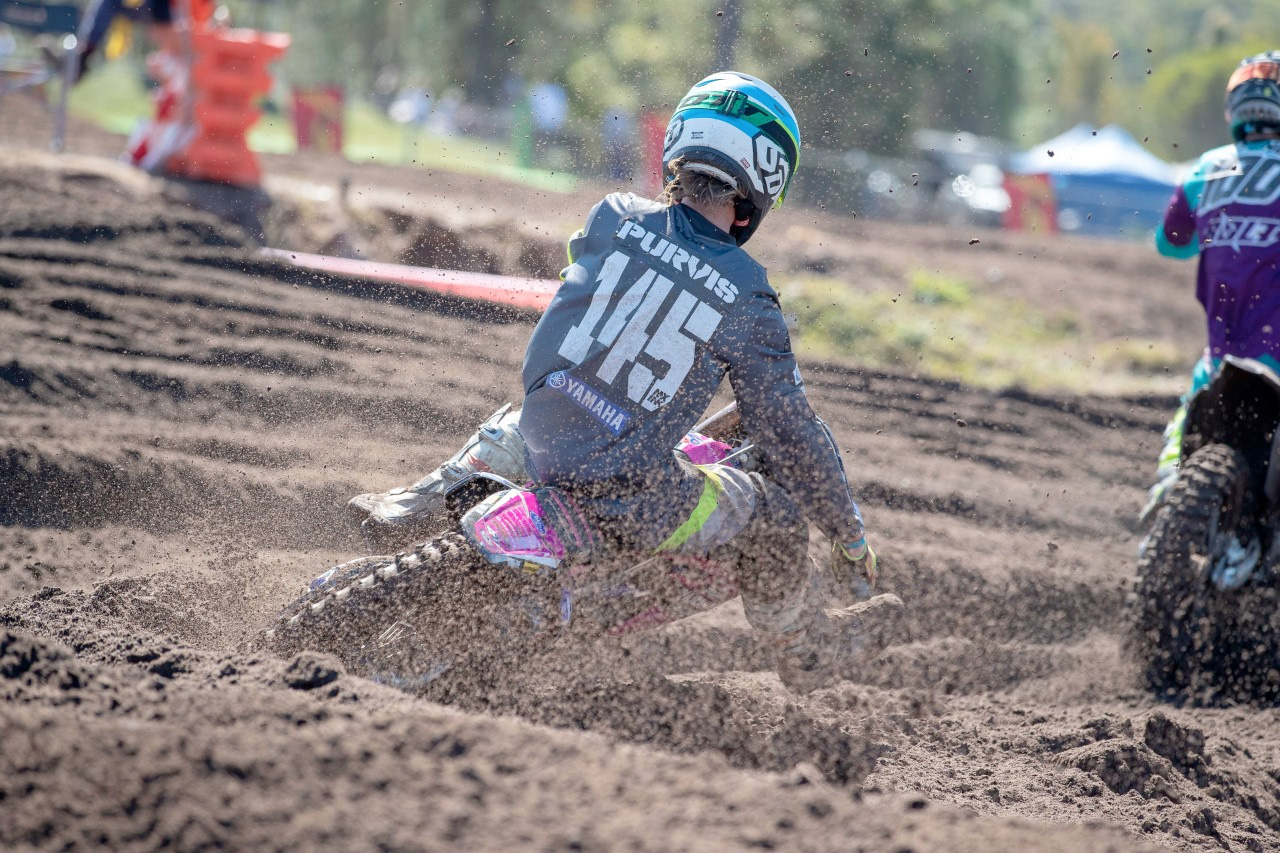 Max Purvis finished off the 2019 MX Nationals strongly taking a round win and a second place at the final two rounds of the championship, in an action packed season finale on the always challenging Coolum Pines circuit.

Purvis, while still mathematically in the championship hunt, was a long shot to pinch the MXD (under 19) title from Regan Duffy, as he entered the final weekend of racing some 34 points behind and in need of lady luck to make up the points gap.

But championships weren‰Ûªt on the 18 year old Kiwi‰Ûªs mind, winning races was, and he came alive on Saturday taking two impressive race wins to claim round victory and keep Duffy on his toes heading into the final day. The gap was back to 26, but with two races remaining, Max needed a minor miracle.

Lightning wasn‰Ûªt able to strike twice, and Purvis couldn‰Ûªt repeat his performance in the final round. He charged on to finish second in both races and take second for the round, but Duffy claimed the championship by 32 points over Purvis after the final 20 minute moto was complete.

‰ÛÏComing into this season my goal was to win this championship so I‰Ûªm a little disappointed that I wasn‰Ûªt able to make that happen. Regan raced well all year and I just made some costly mistakes at the wrong time as well as not always getting great starts which set me back.

‰ÛÏCongratulations to Regan on a good battle and it was fun racing with him all season.

‰ÛÏThis was my last year in MXD and I can‰Ûªt thank the WBR Yamaha team enough for offering me this opportunity this year. Its been awesome having them working with me at the events and providing such good bikes to race. It‰Ûªs a real family team and everyone works so hard.

‰ÛÏMy plan is now to head back to New Zealand for a couple of weeks before getting started in supercross. I have only done a couple of supercrosses before and I really liked it so I‰Ûªm keen to keep learning how to ride the smaller tracks and improve my technique on them.‰Û