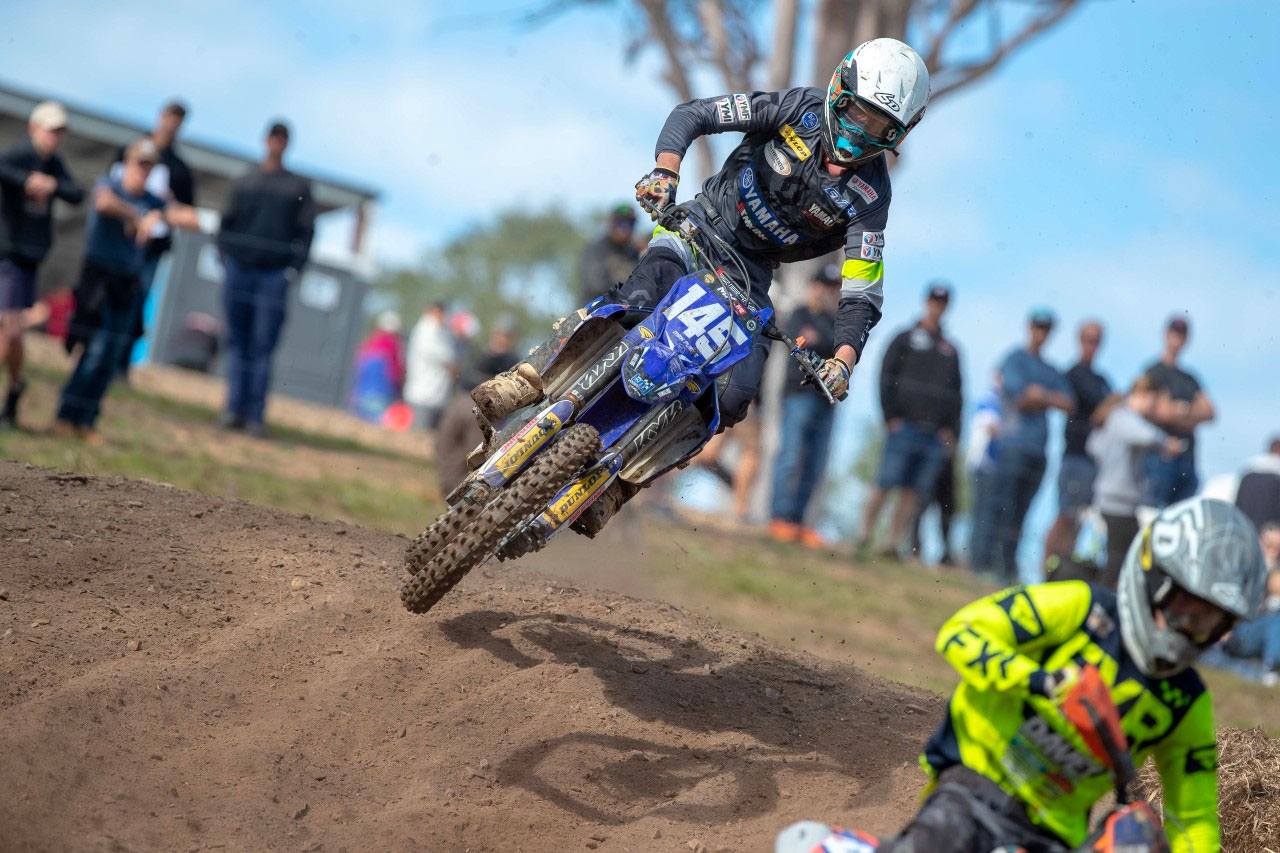 Purvis finished the day with 1-2 results from the two races contested and tied on points with Regan Duffy. But with Duffy taking the race win in the second race, he was awarded the round win.
Max Purvis continued his podium streak when he pulled down a second place finish at round six of the Pirelli MX Nationals, in the MXD (under19) class, on the weekend.

Purvis made it three podiums in a row and four from the six rounds contested so when he raced to second place at the new MX Farm complex in Gympie. The natural terrain course carved into the side of the hill was right up the Kiwi‰Ûªs alley and he looked in fine form all weekend and was unlucky to miss out on the round victory.

The New Zealander finished the day with 1-2 results from the two races contested and tied on points with Regan Duffy. But with Duffy taking the race win in the second race, he was awarded the round win and Purvis was relegated back to second and the duo remain just 17 points apart in the championship chase.

Purvis started the opening moto in fourth place at the end of the first lap but on the sixth lap he had made his way to the lead and began to build a comfortable gap over his rivals, which he kept to race end. It was a six second margin back to second place and a ride that left Purvis confident for moto two.

Race two and Purvis was inside the top three early and set off after Duffy in the race lead. He put his head down and but try as he might, couldn‰Ûªt bridge the cap and trailed Duffy over the line by three seconds.

‰ÛÏRegan and I have split wins a couple of times this year and have some good races with him at most of the rounds. Today was going well and I rode the first moto well and just kept my lead at a good gap over the last few laps.

‰ÛÏThe second moto just took me a bit long to get going and as our speeds were so similar, you almost needed a mistake to make up time quickly. I kept the pressure on but was never close enough to make a pass.

‰ÛÏThe points are still tight, and we still have four rounds to go so lots of racing to come. I want to keep improving my starts and get into my race pace early so that is something I will work on before the next round,‰Û