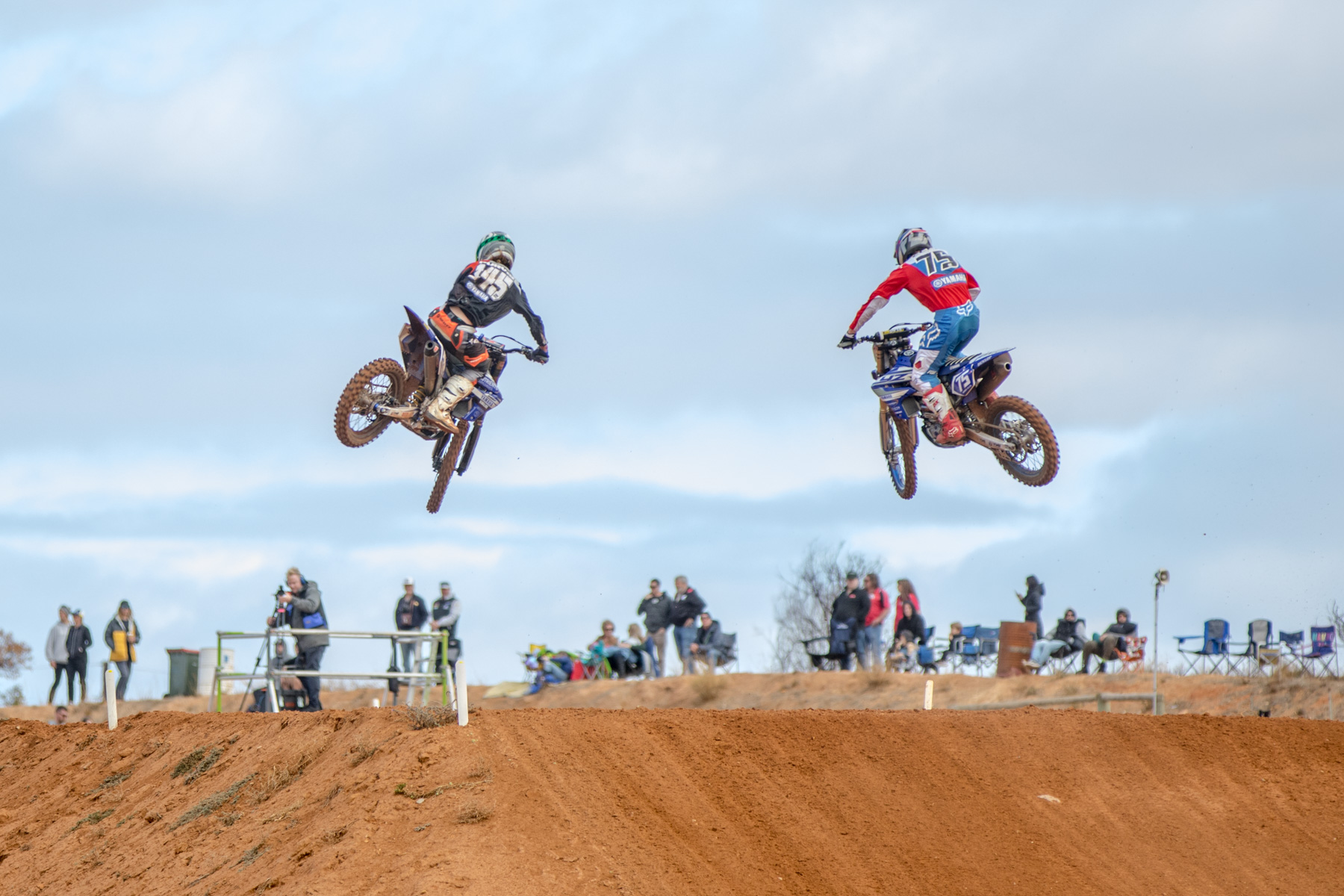 Purvis jumping his way in to the lead in the closing stages of the opening MXD race on Saturday
Max Purvis sits just 17 points away from the MXD (under 19) championship lead at the half way stage of the 2019 MX Nationals on his Yamaha YZ250F.

After a challenging round three for Purvis and the team, he needed a strong weekend at Murray Bridge to rebound and cement his position as a worthy championship contender and the lanky New Zealander did exactly that.

The big weekend of racing that saw two rounds conducted over the two days had the MXD riders face two twenty minute motos each day and with 140 points on offer, this weekend could make or break a riders championship aspirations.

Max came out all guns blazing in moto one on Saturday. Despite an atrocious start, he charged through the field to take control of the race on lap seven and set off for the checkered flag. He took the race win by seven seconds and kicked off his weekend in perfect fashion.

Race two and Purvis again struggled with his start but clawed his way back to second place by race end and his 2-1 results gave him the round win and a good confidence boost. 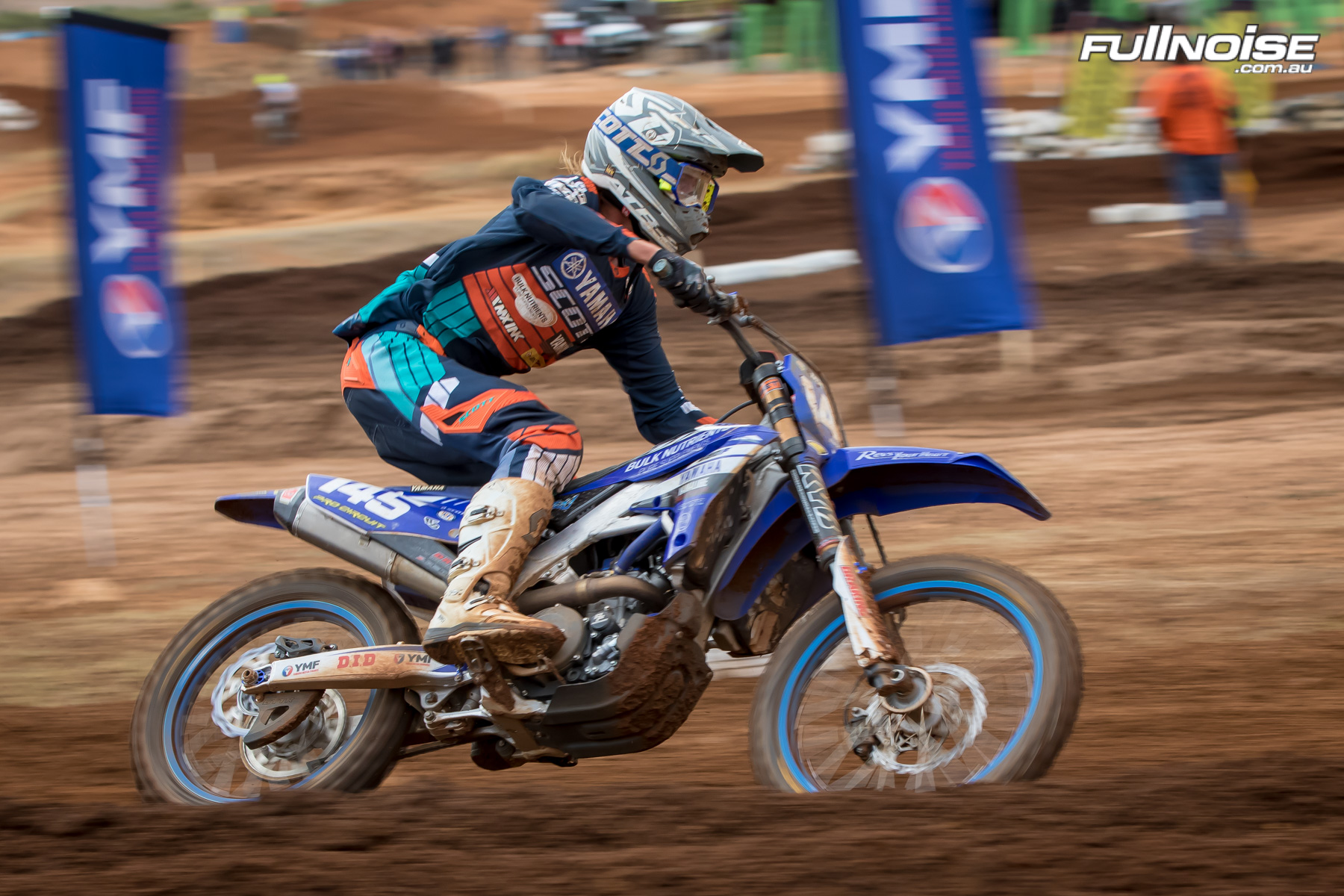 A strong showing on both days has Purvis just 17 points behind points leader Regan Duffy at the midpoint of the season
He fronted up on Sunday looking for more of the same. He claimed the race win in the first leg and was on track for another round win, but another average start and a costly mid race mistake saw him finish the race in third and come up just short of the overall victory. Still his 1-2 results for the weekend kept the points race tight at the top of the championship table.

‰ÛÏThe weekend was pretty good for me as I won two races, a second and a third which gave me a podium on each day and keeps me close in the championship,‰Û 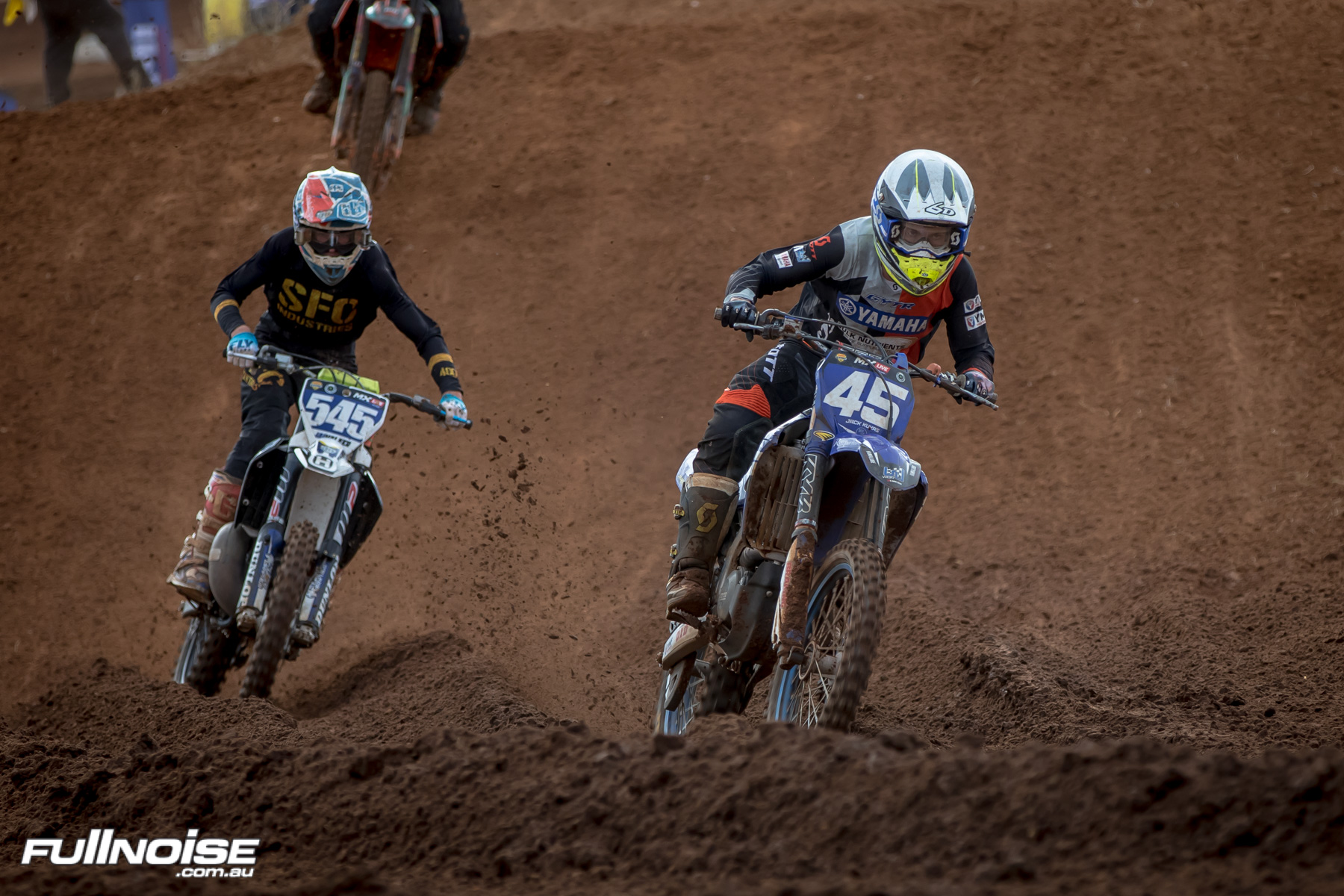 Sunday and Kukas was feeling more racy. He led the field for the opening three laps after a great start and crossed the finish line in third place to log his best moto result for the season. Moto two and again Kukas was in the top five in the early stages only to fall heavily. He was able to remount and ride slowly until the end of the race, recording a 26th place.

Despite the final moto dramas, he lies in sixth place in the championship and the six week break allows him time to recover from the aches and pains he has been riding through.

‰ÛÏI made some progress on the weekend and I was able to be up the front and battle with the guys for a podium which is where I should be. I still have some work to do but I believe I belong there and should be there.

‰ÛÏUnfortunately, I crashed in the last race and damaged me and the bike. I was able to finish but it wasn‰Ûªt a good way to finish the weekend. I will regroup over the break and then make sure I come back strong for the final five rounds,‰Û