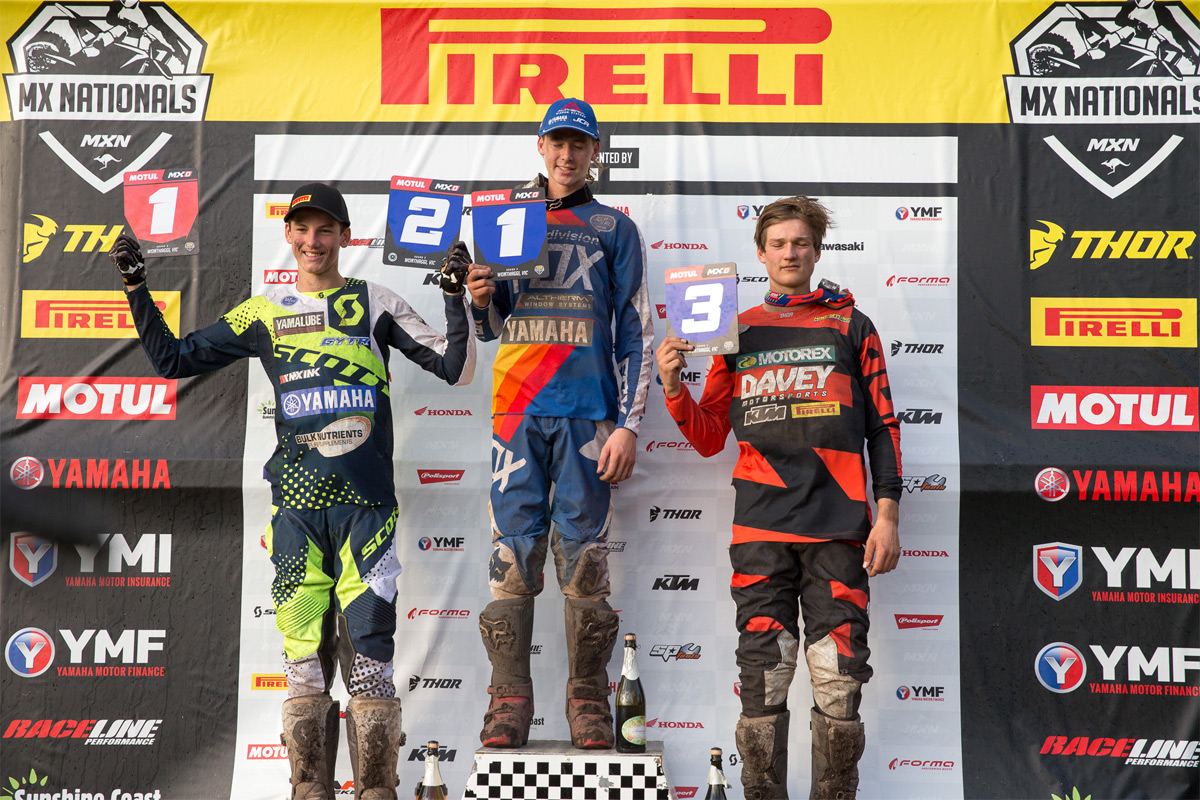 Purvis won the day on count-back from Malkiewicz, while Davey Motorsports KTM‰Ûªs Morgan Fogarty rounded out the podium.

Malkiewicz took the race honours in the opening MXD race, with Purvis shadowing him across the line just two seconds behind. The pair were in a league of their own all race, with third-placed Jye Dickson (Raceline Performance KTM) finishing 53 seconds adrift, while Callum Norton (Penrite Honda Racing) and Mat Fabry (Bee Firm NRG Yamaha) placed fourth and fifth respectively.

Purvis took the bit between his teeth in the second moto and pulled out a 10-second victory over Malkiewicz, while Fogarty, Hugh Mackay (Bulk Nutrients WBR Yamaha) and Norton rounded out the top five.

Right from the outset Duffy proved he was going to be the one to beat, qualifying a massive seven seconds quicker than anyone. He brought that same pace into both races, stretching out leads of 32 seconds and 29 seconds in his two outings to easily take the day‰Ûªs overall.

In the first Yamaha 125cc Juniors moto behind Duffy at the head of the pack, Andrews got the better of KTM‰Ûªs Noah Ferguson, with Fox and Jai Walker (Husqvarna) rounding out the top five. 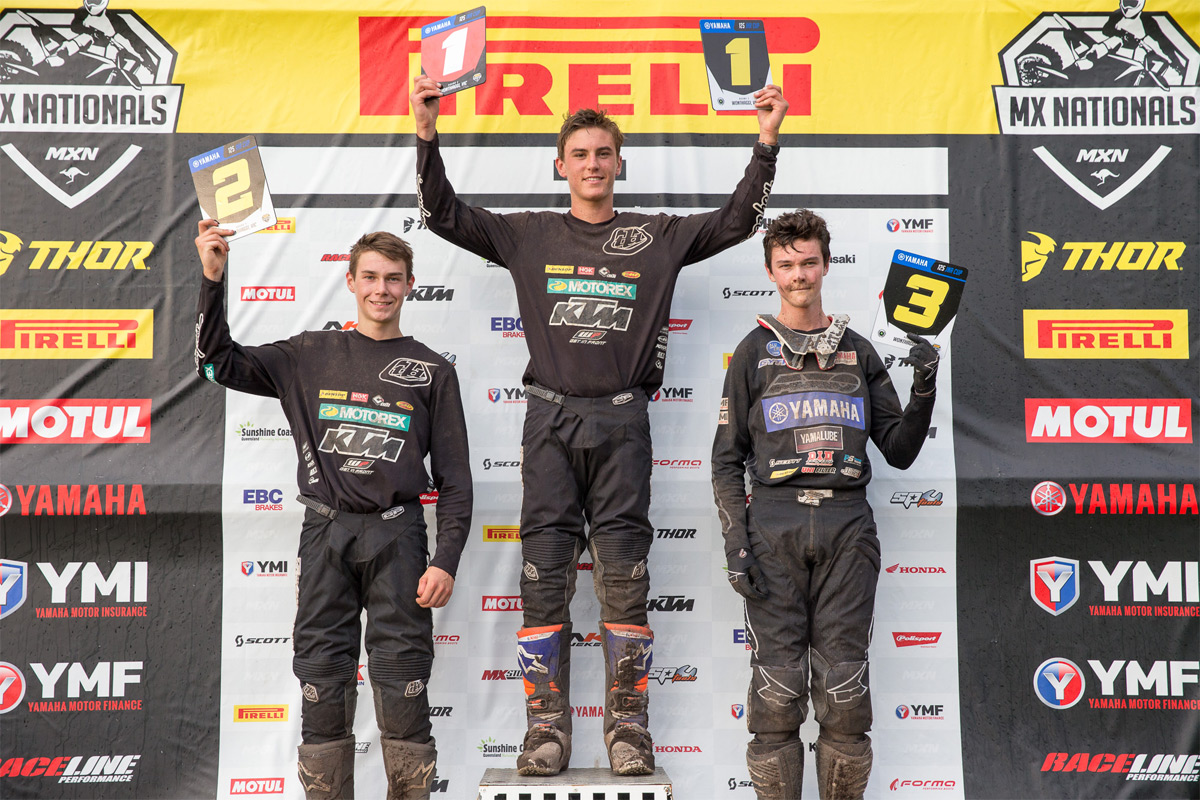