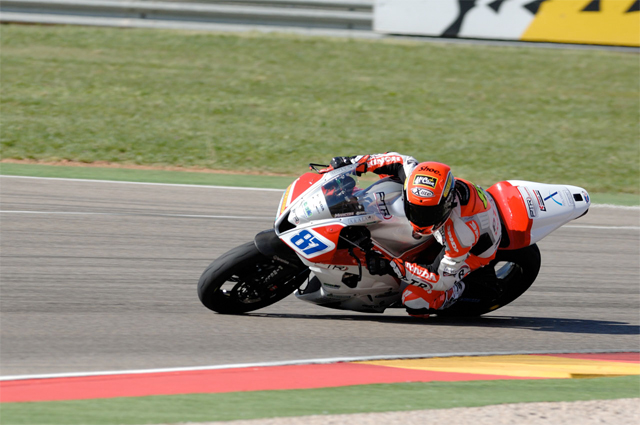 Triple World Supersport Championship runners-up and Team Champion PTR is targeting a possible move to World Superbike racing in 2014 under new EVO rules that drastically reduce the cost of racing.

DORNA and the FIM have suggested new EVO rules to the teams that reduce the cost of racing in the flagship WSB series that is arguably the most exciting racing in the world. As well as reducing cost, the rules are designed to boost the grid with competitive race bikes.

PTR Director Simon Buckmaster sees the new rules as a significant step in the right direction and could help make the decision to have his team contest the premier class in the WSBK championship.

"The new EVO rules are sensible and a significant step in the right direction by DORNA, I think they have the potential to really improve grid size, interest and the number of teams racing in WSB." Buckmaster stated.

"The cost reductions are sensible and something akin to the existing EVO rules in British Superbikes - and let's face it, they are working well there so it is a good precedent to follow.

"Capped electronics costs and a limited number of engines are sensible measures, there is no need for unlimited spend in these areas as all that happens is the team with the most money tends to win.

"I think the new rules would allow PTR to run an EVO WSB Honda CBR1000RR race bike with a competitive engine for around å£100,000 per bike more than it costs to go World Supersport racing. That is not a lot given the step up in category and extra media and TV exposure on offer.

"We are confident we can build an excellent bike to these rules that would be competitive right from the off with the right rider on it. This is something we are interested in and looking to see if there are sponsors or riders interested in joining us in WSB in 2014.

"For now we will concentrate on our WSS efforts and winning races but the new rules certainly open doors and new possibilities that are exciting us," he conclude.

Top Image: Will we see a PTR bike in the world Superbike class as well as world Supersport in 2014
Credit: performancetechnicalracing.com