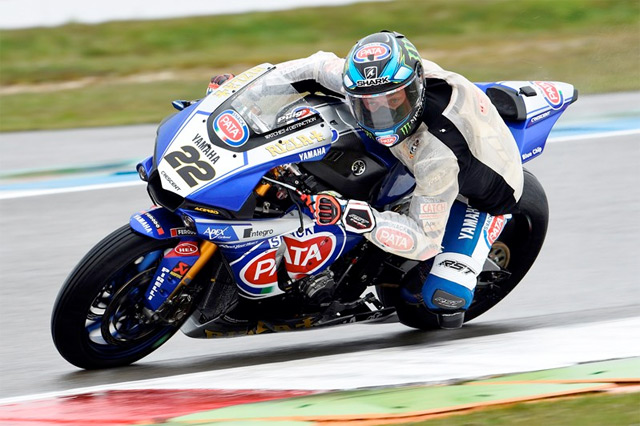 Successfully navigating his first ever wet WorldSBK session aboard the Pata Yamaha Official WorldSBK YZF-R1, Alex Lowes claimed the fastest time of the day - a 1'52.701 - to hold provisional pole position at the rain-soaked Assen TT Circuit in The Netherlands today.

Team-mate Sylvain Guintoli was equally impressive on his Yamaha debut in damp conditions, securing third with his final lap with only Kawasaki's Tom Sykes able to seperate the Yamaha pairing.

Rain fell for the majority of the opening day as the MOTUL FIM Superbike World Championship returned to the Cathedral of Speed, with strong winds and cold temperatures making for tricky conditions around the high-speed 4,542m circuit.

Looking strong from the outset, Lowes concluded the morning's practice in fourth position. Feeling confident with his YZF-R1 and determined to continue the settings work started earlier, Lowes returned to the Assen circuit for the second session, immediately matching both his and the day's highest speed of 271.3 km/h on his third revolution.

The times improved as the rain abated slightly, with Lowes timing his final run to perfection to secure his provisional pole just as the heavy rain returned.

"The first time I have ridden the YZF-R1 in the rain was the first session today, and it felt quite good! Straight from the start I had quite a good feeling from the bike and then we made two or three changes to the rear of the bike which improved this further." Lowes said.

"Obviously it's always a difficult one in the rain as there are never two sessions that are exactly the same conditions, as there is always a little bit more or less water on the track. We will see what happens tomorrow, in an ideal world it will be dry as it's alright to be fast in the rain, but we want to be fast when it's dry! We'll wait and see but I'm happy with how it went overall, I felt good, the bike's nice to ride around here and the lads did a good job.

"We still have a few things to work on if it is wet - traction control and a few little bits - but we'll see what happens tomorrow!"

Superpole will take place on Saturday morning before riders take the grid for Saturday's Superbike race. 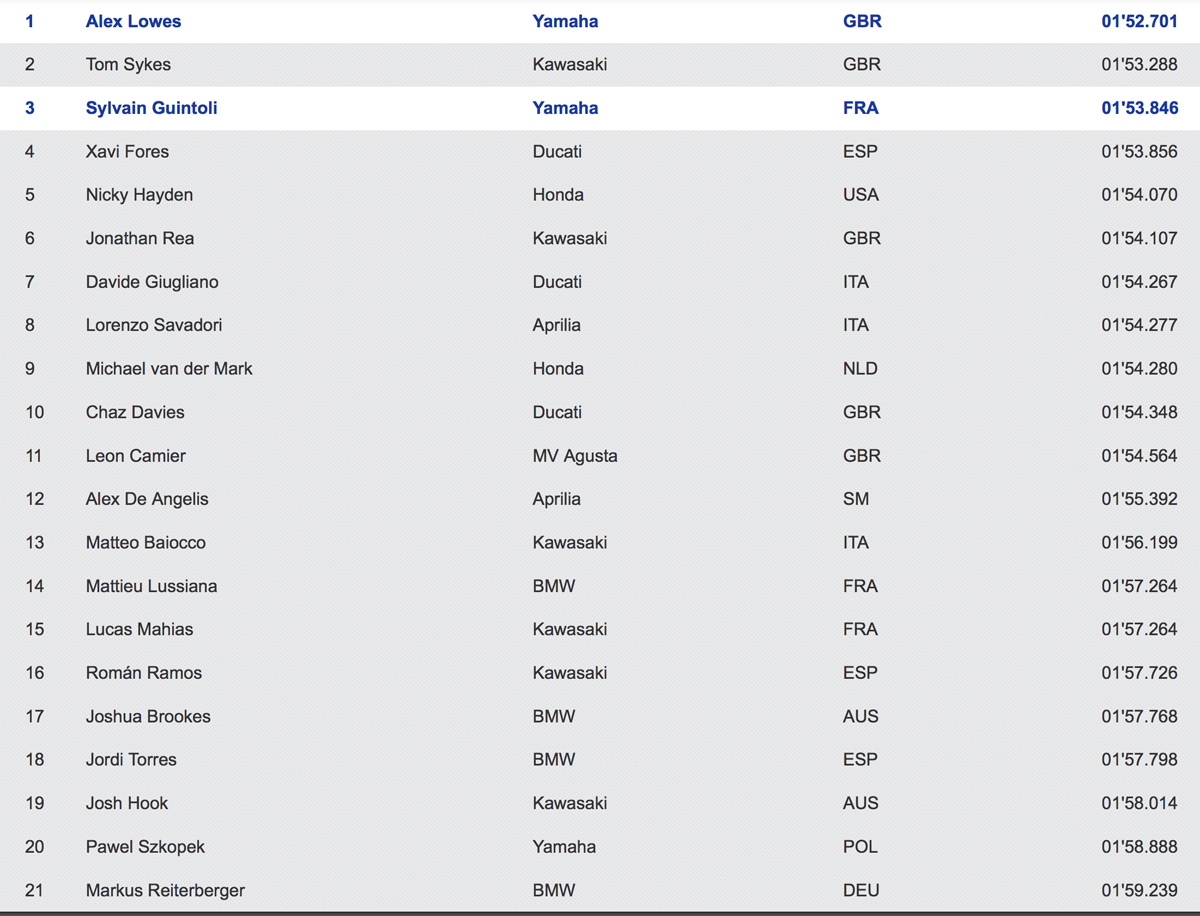