Promising night ends in pain for Luke Wilson at Avalon 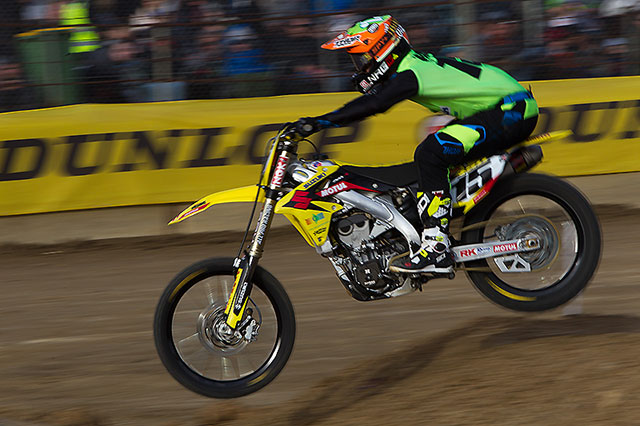 Wilson Coolair Motul Factory Suzuki‰Ûªs Luke Wilson has left the fourth installment of the 2016 Australian Supercross Championship with some positives, despite re-injuring his hand .

With Wilson‰Ûªs SX1 teammate Todd Waters opting to sit out of the Victorian outing after suffering a training accident prior to round three, Wilson represented Factory Suzuki solo yesterday, and showed that regardless of his physical challenges, that he was prepared to give it his best shot at collecting vital championship points.

After qualifying in 14th position, Wilson had his work cut out for him in the heat race early in the evening ‰ÛÒ But when gates dropped Wilson snatched up the holeshot and was sitting comfortably inside the top three when a big crash over the triple section saw him go down, re-injuring his hand.

Unfortunately for Wilson, that marked an early end to the Factory Suzuki rider‰Ûªs night. Despite heading out for the sighting lap of the main event, Wilson was forced to return to the pits in pain, recording a ‰Û÷did not start‰Ûª for last night‰Ûªs final race.

‰ÛÏI got off to a really good start in my heat race, I holeshotted and was in the lead which was awesome, then I think I dropped back to about third and I made a mistake, jumped off the side of the triple and jammed my hand,‰Û