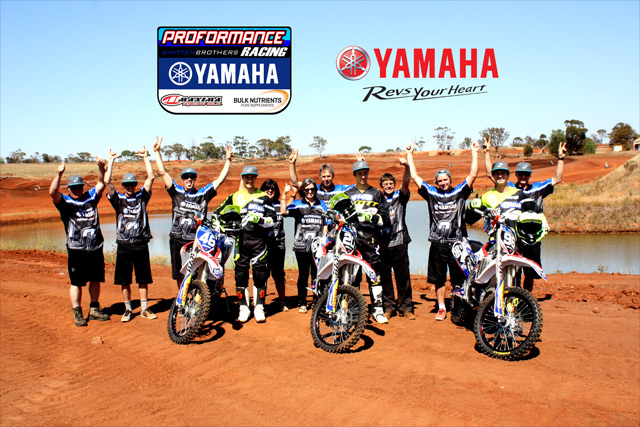 Over the weekend 16th and 17th of January, the new look Proformance Yamaha Maxima Oils Bulk Nutrients Race team had there first appearance for 2016.

The team headed to Ride Park in Victoria to spin laps on the new 2016 YZ250f and unveil the new look and rider line up for 2016.

For 2016 the team will field three riders in the MX National championship aboard the awesome YZ250f machine, with former MX Nationals MX2 championship runner up Kale Makeham returning to the MX2 class for 2016 to spearhead the team.

He will be joined in the MX2 class by Lachie Davis while Hugh McKay will take on the MXD role for the team.

"We are very excited with the team we will have for 2016, there is such a positive vibe from the mechanics through to the riders and also right through to the partners and sponsors of the team." Team manger Travis Whitten said.

"Our riders will surprise a few in 2016 and it will also be a very fun and rewarding process as we work our way through the championship."

The team will look at competing at the first round of the Victorian Motocross championship in march as a build up race to be ready for round 1 of the MX Championship to be held in Horsham Victoria on the first weekend of April.