Productive day of testing for Repsol Honda in Jerez 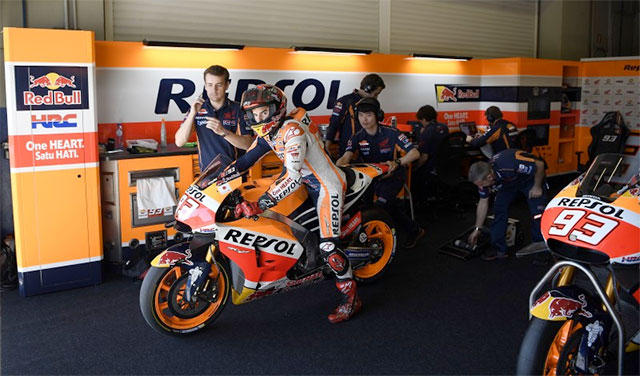 Championship leader Marc Marquez and teammate Dani Pedrosa were back on track in Jerez for a one-day Official Post-Race Test, finding sunny and fair weather conditions that were similar to yesterday‰Ûªs race, with air and ground temperatures of 27å¡ and 42å¡ C, respectively.

The Repsol Honda men worked on HRC‰Ûªs intense testing program, which included a new swingarm and a fairing with new winglets, and tried three new front tyres brought by Michelin for the test. 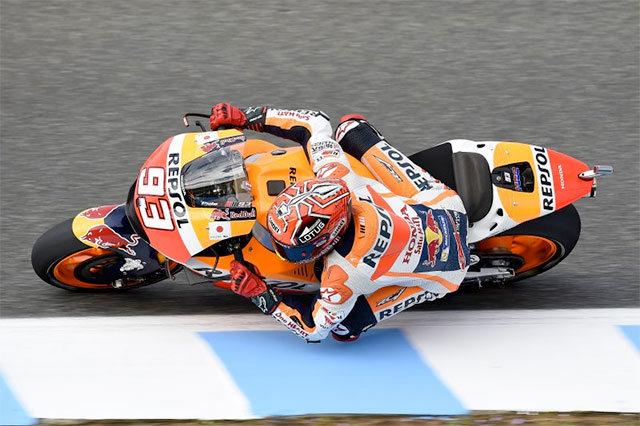 Marc Marquez
Marc was fastest for the day with his time of 1‰Ûª39.313 on lap 11 of 91, despite a small crash without consequences in turn 2 during his last run.

‰ÛÏWe‰Ûªre satisfied after today because we tested out a lot of different things. We not only tried some new winglets and a new swingarm, but we also did a lot of laps to try to understand or rule out different setups," Marquez said.

"The most striking thing for people was our testing three different winglets. The aerodynamic side of things had a lot of untapped potential; now that this has been opened up, we can work a lot on this aspect because there seems to be no limit to what you can do with it. We also tested three different front tyres today, but the one that we used this weekend was working well too‰Û 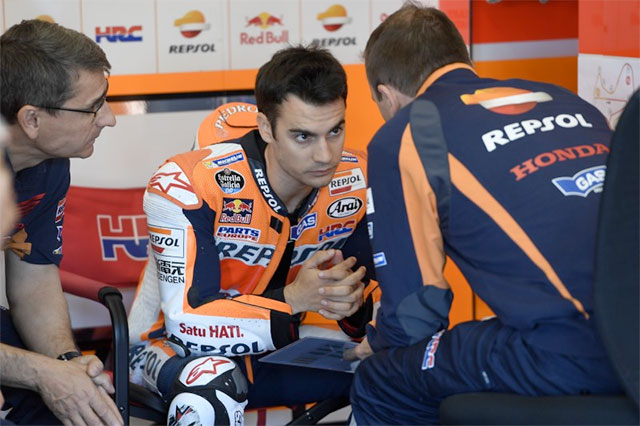 ‰ÛÏToday we basically tried to improve on the feeling we had in yesterday‰Ûªs race. It‰Ûªs been a strange day, because the weather was fantastic and the asphalt offered a very good level of grip, but the lap times weren‰Ûªt much different to what we saw over the Grand Prix weekend," Pedrosa said.

"We tried different suspension options and found some solutions that allowed us to have more grip when riding out of corners. We also worked on corner entry, trying to get the bike quicker both in the fast turns and on entry to the slower corners. At the end we tested three different front-tyre compounds and one of them was clearly better than what we currently have, which is positive.‰Û 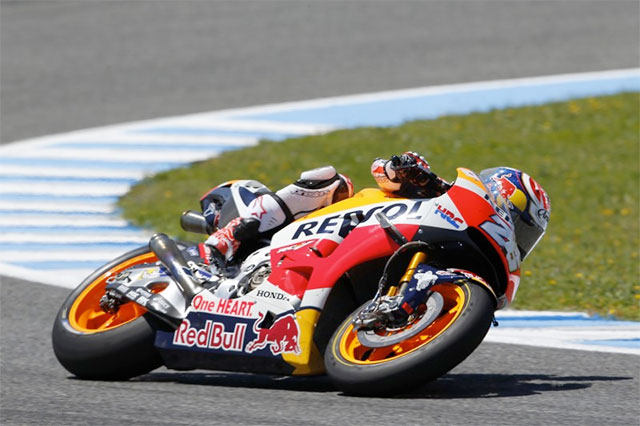