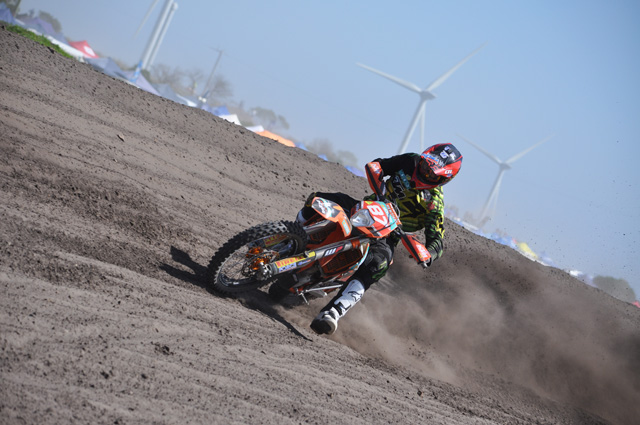 Toby Price consolidated his strong-hold on the 2012 Yamaha Australian Off-Road Championship (AORC) at Wonthaggi yesterday, storming through dust and wind to take the third round in convincing fashion.

The Motorex KTM Off-Road rider and former AORC Champion showed the field how it was done from the outset, taking six of seven sprints to clock up Outright victory over Matt Phillips and Daniel Milner, both of Ballard's Yamaha Off-Road.

Price also cleaned up in the E3 Class, taking top marks in all sprints to beat out nearest rivals Stefan Merriman and Scott Keegan.

The Veterans Class went to Damian Smith for the third consecutive round, with Craig Wease and Jason Pearce securing second and third on the podium.

The day delivered a straight Yamaha sweep in the Womens Class, with Jess Gardiner taking her first round win of the Series ahead of Jemma Wilson and Emelie Karlsson.


Main Photo: Toby Price on his way to Victory at round 3 of the AORC
Photo Credit: Russell Colvin