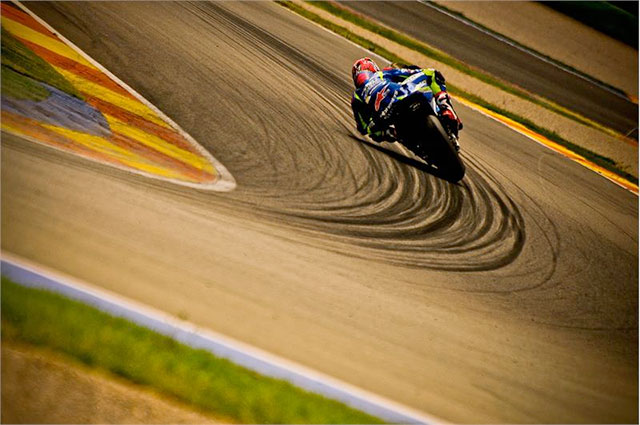 Following a thrilling Mugello race in Italy last weekend, Team Suzuki Ecstar moved to Valencia in Spain for two-days of exclusive testing to allow Suzuki engineers and technicians to evaluate several new parts; primarily to find new set-ups that will improve the traction and grip of the Factory GSX-RR.

The Suzuki Factory delivered two different specifications of the chassis, which have been tested intensively by Maverick ViÌ±ales and Aleix EspargarÌ_; and their feelings were positive today, having gained more confidence in riding and improvement in efficiency. Together with the chassis‰Ûª, engineers introduced many variations in the geometry of the machines and set-up configurations, as well as many new finalisations to the electronics.

‰ÛÏIt‰Ûªs been positive for us to take profit from this private test, we needed to find more efficiency with the traction and we also worked for many other improvements," ViÌ±ales said.

"The Suzuki factory sent us many pieces to test and also new configurations, so we tried some improvements in the chassis and also many set-up configurations. It was a positive test, we had a great deal of feedback that will be useful for the future to determine the paths to take. The GSX-RR is already a very good machine in certain areas; like the fast corners and its agility, but lacks in some other areas. We are working to find a good balance and be more and more performing.‰Û 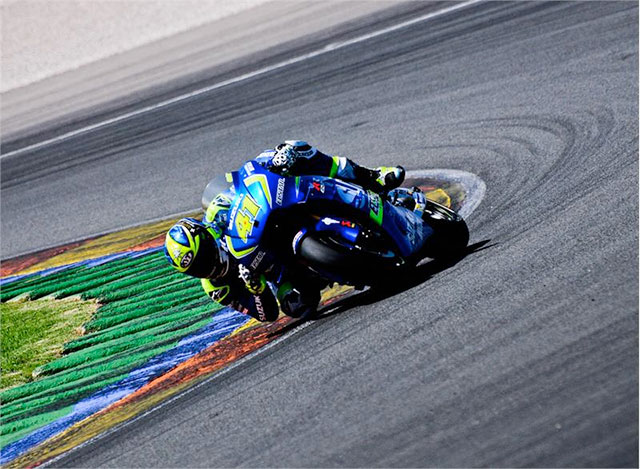 ‰ÛÏThe Mugello weekend was tough but testing is always important for us, as we are still in the development process and we need to grow as fast as possible," EspargarÌ_ said.

"Here we had many things to test as the Factory is working very hard to give us all its support. We had two different steps on the chassis and one of them gave me very positive feeling, so we have made another step forward. Of course we need to further investigate our options; in Barcelona we will continue this work, but it is very positive that we have this support and we are consistently improving.

The two-days of testing has been very demanding due to the tight schedule, but having a track at its exclusive disposal allowed the riders to find more efficiency, whilst also improving the feeling with the team.