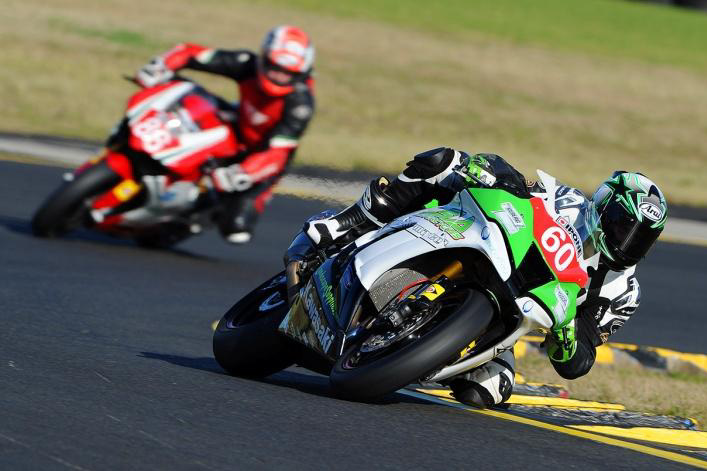 Round three of the Swann Insurance Australasian Superbike Championship, held at Sydney Motorsport Park in New South Wales kicked off in a rather exciting fashion with plenty of success and fast lap times for every rider in the SA Motorcycles BCperfomance SMP Race Team.

Despite numerous reports of threatening weather and storms for Friday‰Ûªs practice sessions and scattered showers for the weekend, both Friday and Saturday have been gloriously sunny, providing beautiful riding conditions.

However, the colder mornings and afternoons have played some havoc with each field due to changes in the levels of grip available throughout the day.

The SA Kawasaki BCperformance team‰Ûªs superbike riders, Ben Burke and Evan Byles both put in good performances through Friday‰Ûªs practice sessions, enabling them both to qualify with some great times. Ben eventually qualified in 9th with a time of 1:32.161 and Evan slotted in 12th position with a 1:36.946. Both riders continued improving their times throughout the day by working hard with the team to get their bikes set up in the best way possible.

The hard work carried on through to Saturday‰Ûªs racing with Ben improving his times even further, dropping almost four tenths with a 1:31.797 during race one. Ben finished race one in eighth position, behind Queensland‰Ûªs Mike Jones. Race two saw Ben improve further by picking up 6th place. Evan built upon his work in qualifying to register twelfth position in both races, including his fastest time so far of 1:36.873 during race one.

The team‰Ûªs supersport riders, Kyle Buckley and Paul Young, both produced strong results during Friday‰Ûªs qualifying session with Kyle picking up seventh spot on the grid while Paul was set a little further back in ninth. Kyle‰Ûªs time of 1:35.277 was just two tenths faster than Paul‰Ûªs 1:35.450, with the top ten riders all posting times with 1.7 seconds of each other. Race one brought promising results with Kyle and Paul finishing eighth and ninth respectively, remaining within a couple of tenths of their qualifying times.

In race two, Kyle finished in eight again but did manage to improve his fastest lap time, dropping another tenth, while Paul ended up in 14th place. Unfortunately, Kyle crashed on the first lap in race three, while Paul managed twelfth position in a more satisfying performance.

Paul Young has continued his role as the SA Kawasaki BCperformance team‰Ûªs Ninja 300 Cup rider, putting in a brilliant performance in qualifying to land pole position with a time of 1:47.268.

Unfortunately, Paul crashed out of the opening lap in race one but the team put in a wonderful effort to get the bike repaired and ready for race two, in which Paul rode to third place behind Samuel Davidson and Ben White. Paul‰Ûªs terrible luck then resumed with a crash on the second lap of the third race.

Despite the setbacks, the SA Kawasaki BCperformance team was primed for a big race day on Sunday with the whole team hoping for more sensational performances from the four riders. Everyone put in the maximum effort to ensure the bikes and riders were in their best possible shape to score more great results during Sunday‰Ûªs racing.

With two superbike races and three races a piece for the Ninja 300 Cup and Supersport riders, the team certainly had their work cut out for them. Superbike riders Ben Burke and Evan Byles were in top form during the morning warm up, giving them one last chance to iron out any niggles before the first race. Race one saw Ben finish in ninth position with a fastest lap time of 1:32.247, while Evan finished 11th with a time of 1:36.508. 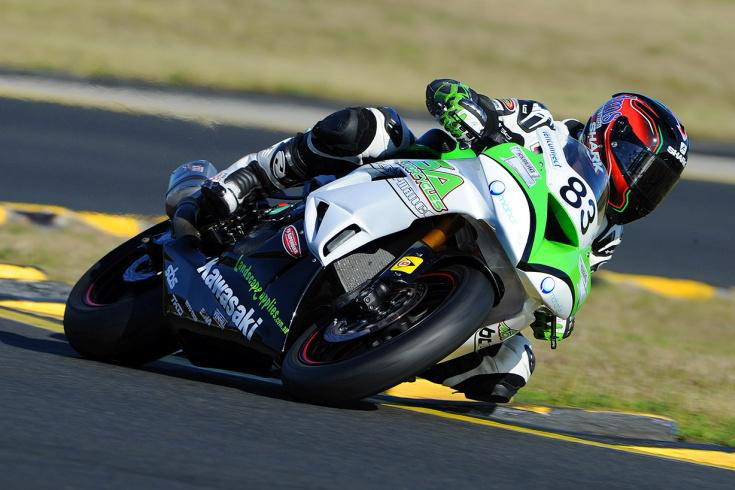 In race two, both riders really took things up a notch, picking up two places to finish in 7th and 10th respectively. Ben‰Ûªs times also showed huge improvements, posting a fastest lap of 1:31.520.

‰ÛÏI had a relatively positive weekend, my pace was closer to the leaders and now I am close enough to the pack to see our weaknesses more clearly." Ben commented. "This is ideal heading into the next round, we know what we need to do to pick up the tenth of a second we need each lap.

"I had a small crash in practice but that didn‰Ûªt dent my confidence. Thanks again for the support of all our sponsors and I look forward to doing an even better job next round.‰Û