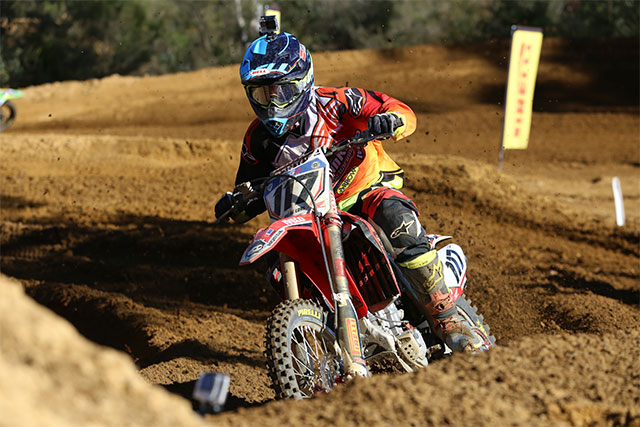 The Crankt Protein Honda Racing Team made further progress at round six of the Motul MX Nationals at Nowra today, with both MX1 riders Jay Wilson and Dylan Long handing the team with some positive results despite injuries.

With round six marking the team‰Ûªs first outing since the mid-season break, from the minute bikes hit the track this morning, Long showed impressive form, launching his Honda CRF450 machine to second place in GoPro Superpole with a 1:43.843 lap time, while Wilson secured 9th in qualifying.

For Long, a crash during the opening stages of moto one which injured his thumb, effected his overall race result. However, Long showed true spirit, and despite carrying a injury, managed to make his way from close to dead last, to eighth position. In moto two, Long once again showcased his determination ‰ÛÒ riding through pain to wrap up the final moto in an impressive 5th place. Long‰Ûªs hard fought results saw him awarded with 6th overall at the conclusion of the round.

‰ÛÏMy day started off well and I was really happy to get second in Superpole, but in the first race I crashed while I was sitting in third and I dislocated my thumb,‰Û 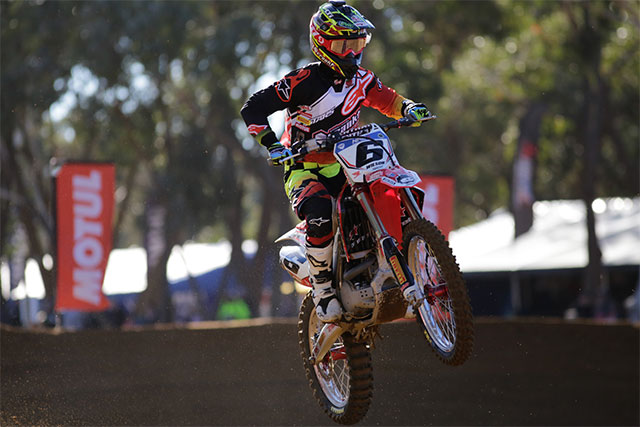 Jay Wilson
Despite still recovering from wrist surgery, in race one Jay Wilson got to a solid start, which saw the 21-year-old race to a season best 6th place. However, in race two, the demanding Nowra track proved too much for his injury to handle, which resulted in Wilson pulling in early, unfortunately unable to finish the race.

‰ÛÏToday had its highs and lows that‰Ûªs for sure. I was actually quite surprised with my result in moto one ‰ÛÒ after having five weeks off the bike I was happy to get a sixth,‰Û