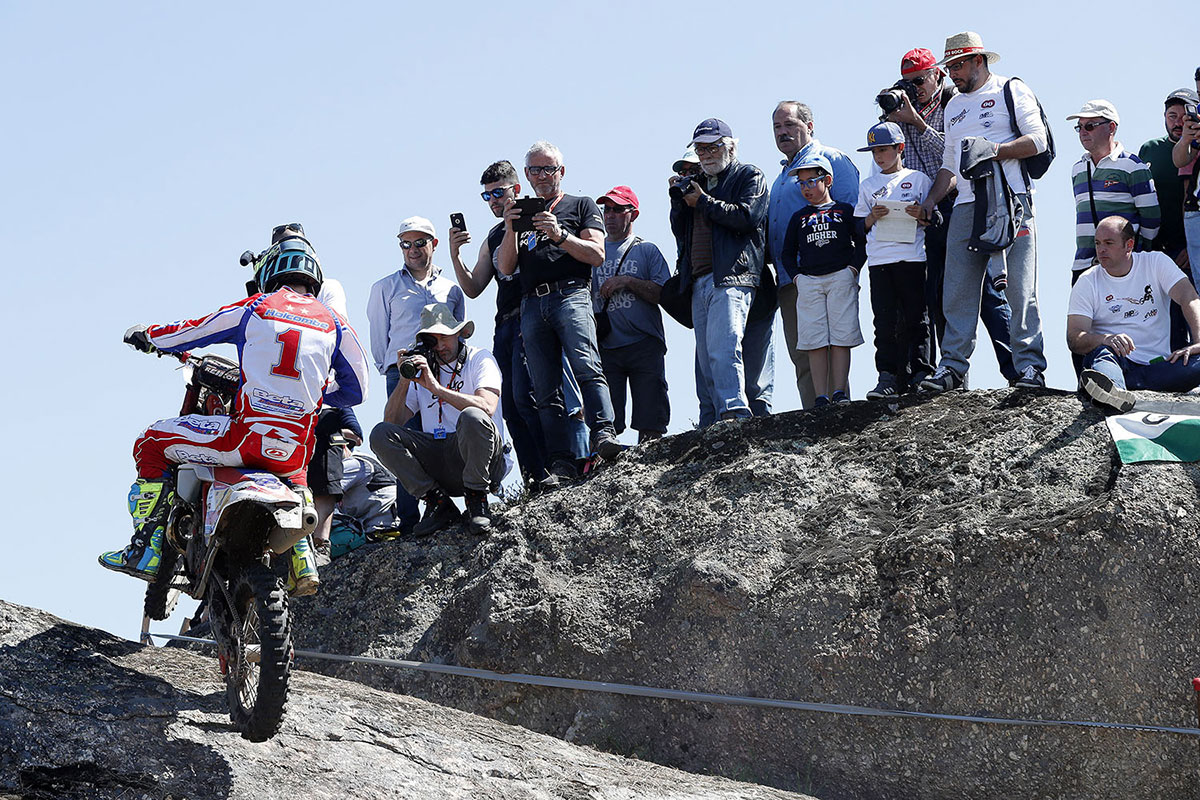 Two crashes in the Friday night Super Test resulted in Steve Holcombe starting the first full day of competition on the back foot. Photo: Future7Media
Overcoming a challenging opening day of competition at the EnduroGP of Portugal ‰ÛÒ round three of the 2018 FIM Enduro World Championship from Castelo Branco ‰ÛÒ Team Beta Factory rider Steve Holcombe went on to put in another strong performance to finish sixth on day one and as runner-up in the EnduroGP class on day two.

Two crashes in the Friday night Super Test resulted in Steve starting the first full day of competition on the back foot. Pushing hard to take back the lost time, the defending EnduroGP Champion made a number of further mistakes and despite topping the Extreme Test on each lap wasn‰Ûªt able to place higher than sixth.

To come away from the GP of Portugal having battled for the win throughout the second day was very positive for me.

Day two saw Steve lead the EnduroGP class during the morning. Locked in a close battle with Alex Salvini for the overall win, Steve lead until the last special test where he placed six seconds behind the Italian for second overall. 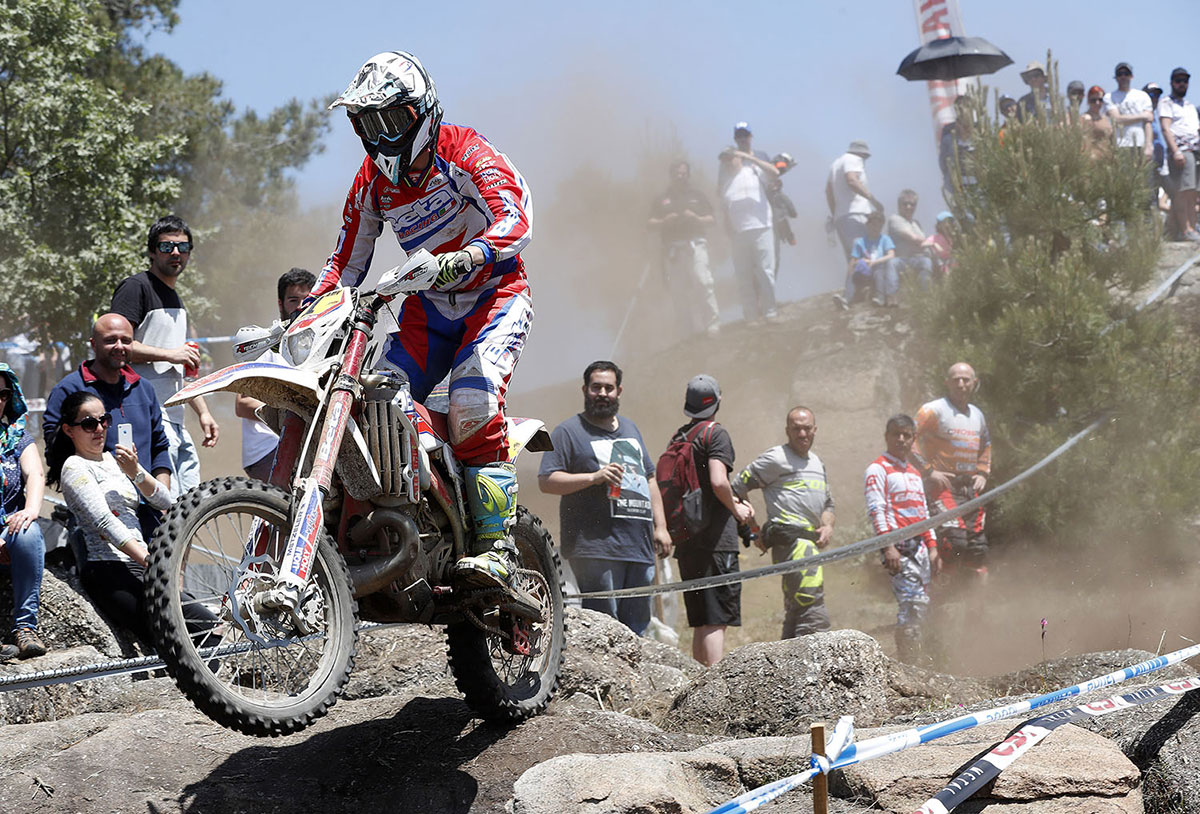 With three rounds of the 2018 FIM EnduroGP World Championship now complete Steve leads the Enduro 3 class by 14 points and sits third in the overall EnduroGP category. Photo: Future7Media
‰ÛÏIt‰Ûªs fair to say that I had a mixed weekend here in Portugal, but it ended positively and that‰Ûªs good," Holcombe said. "Fortunately, I don't crash too much generally but during the Super Test and day one I hit the ground too many times and that cost me. I struggled to feel comfortable with the dry terrain and that showed on day one.

"My speed was good on some of the tests. Finishing sixth wasn‰Ûªt too bad all things considered. My focus was to get back on the EnduroGP podium on day two, which I managed to do. Too many things didn't go the way I needed or wanted them to on the first day, so it was important to not let that affect me and bounce back to claim good championship points. I always knew that the fast, dry terrain wouldn't suit me too well, so to come away from the GP of Portugal having battled for the win throughout the second day was very positive for me. I‰Ûªm looking forward to racing in Estonia at the next round of the series now.‰Û 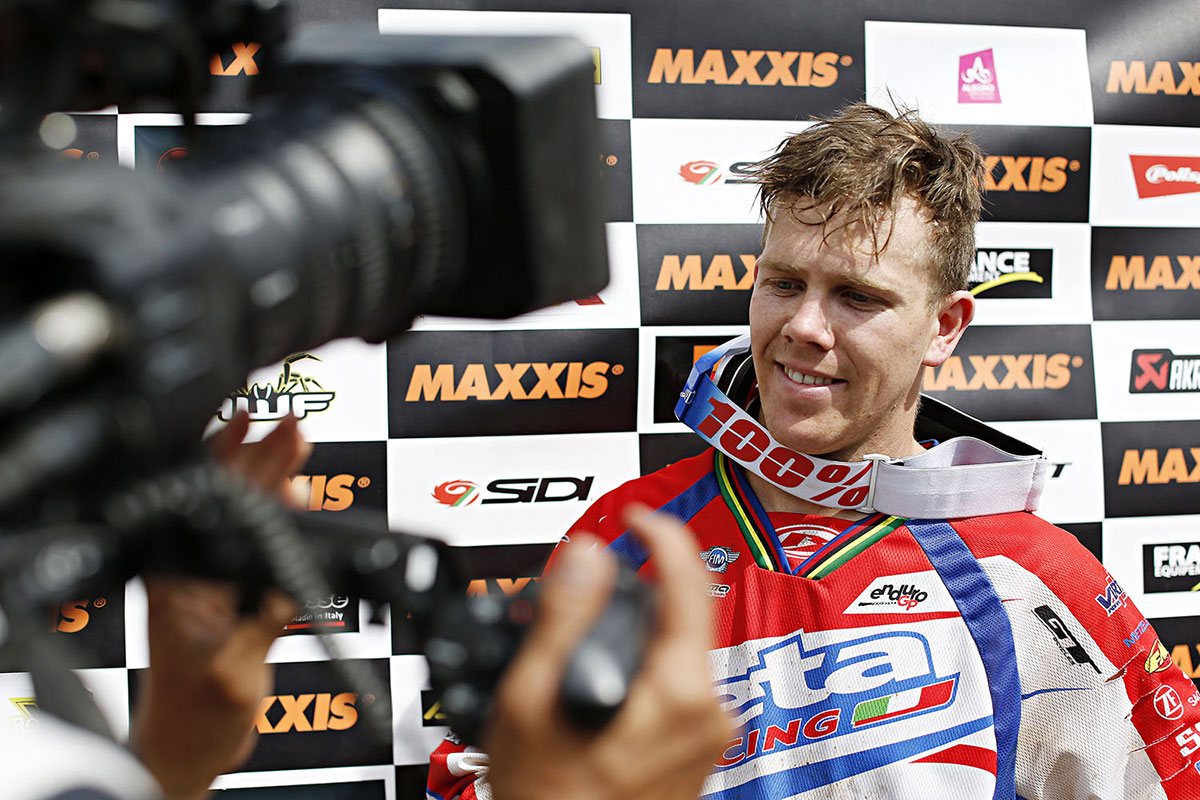 Steve Holcombe shares his time with the media. Photo: Future7Media