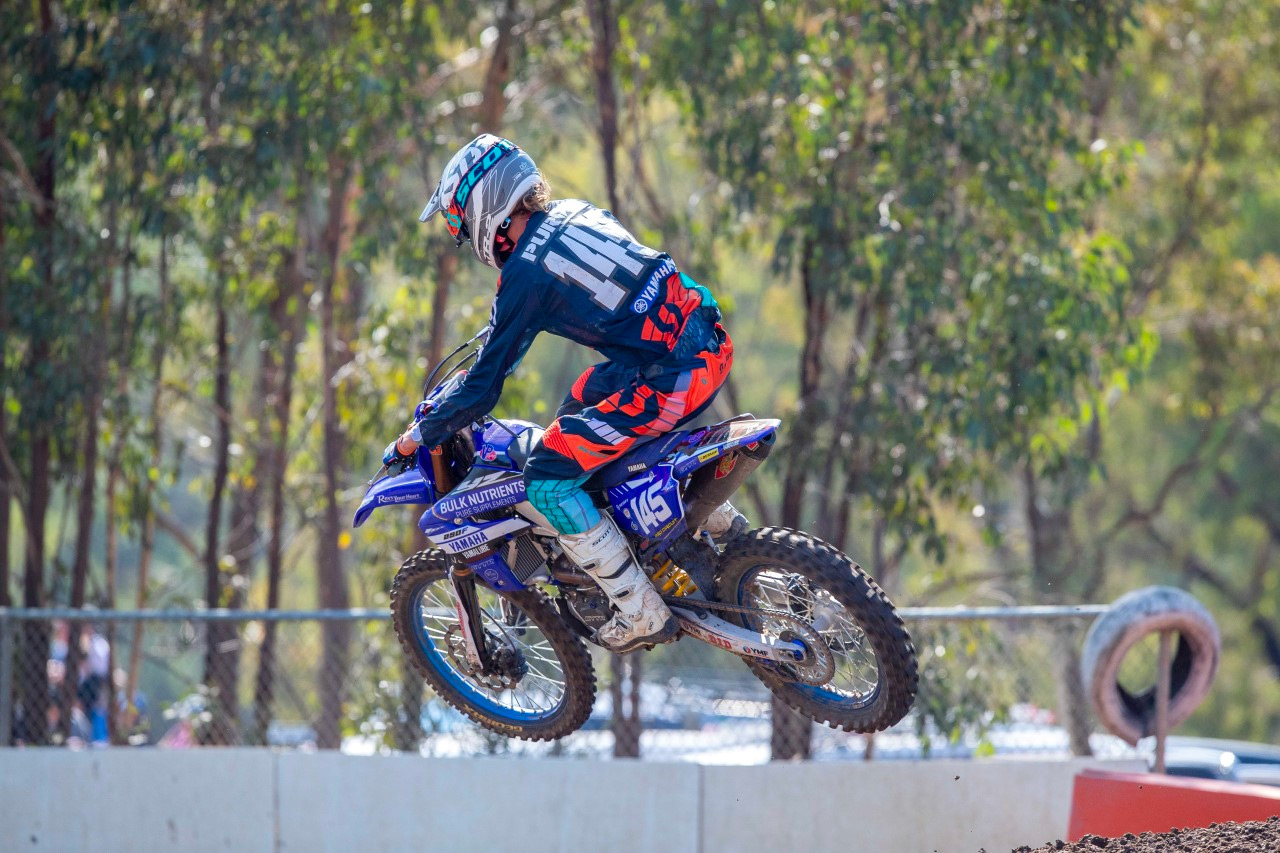 Max Purvis now sits third in the championship, 17 points shy of the series leader Regan Duffy.
The WBR Yamaha Team of Max Purvis and Jack Kukas just need to iron out a few creases to drag themselves back into contention for the MXD (under19) championship at the Pirelli MX Nationals.

Small errors or lapses of concentration proved costly for both riders on the weekend and ultimately effected their final round result. But, both also displayed plenty of speed and as they mature, the results will flow freely.

Both riders started off the day in good form. Purvis claimed P2 in qualifying, directly ahead of team mate Kukas in P3 and the foundations were set for a good day.

Max Purvis finished the day in fourth place with his 1-6 results. The Kiwi slotted into second place in the opening moto before pouring the pressure on in the later stages of the race to move into the lead and break free for a five second win and the perfect start to the round.

Unfortunately, his start to race two wasn‰Ûªt as good and he completed the first lap in a lowly 12th place. He found it difficult to move forward on the technical Broadford circuit and could only claw his way to sixth place by race end and miss the podium for the round by two points.

He now sits third in the championship, 17 points shy of the series leader.

‰ÛÏRace one went exactly to plan and was an awesome way to start the day. I was able to see what the rider in front of me was doing, find an area to make a pass and then make it happen. I was able to make the pass, put in a couple of good laps and have a clear run to the finish line.

‰ÛÏIn the second race, my start was awful and I was right down the back. I pulled a few passes on the first lap to get around the top 10 but it just took me too long to get going and get through the field. It‰Ûªs disappointing not to make the podium, especially after winning the first race, but I will come back stronger at Murray Bridge and put together a full day‰Ûªs racing,‰Û 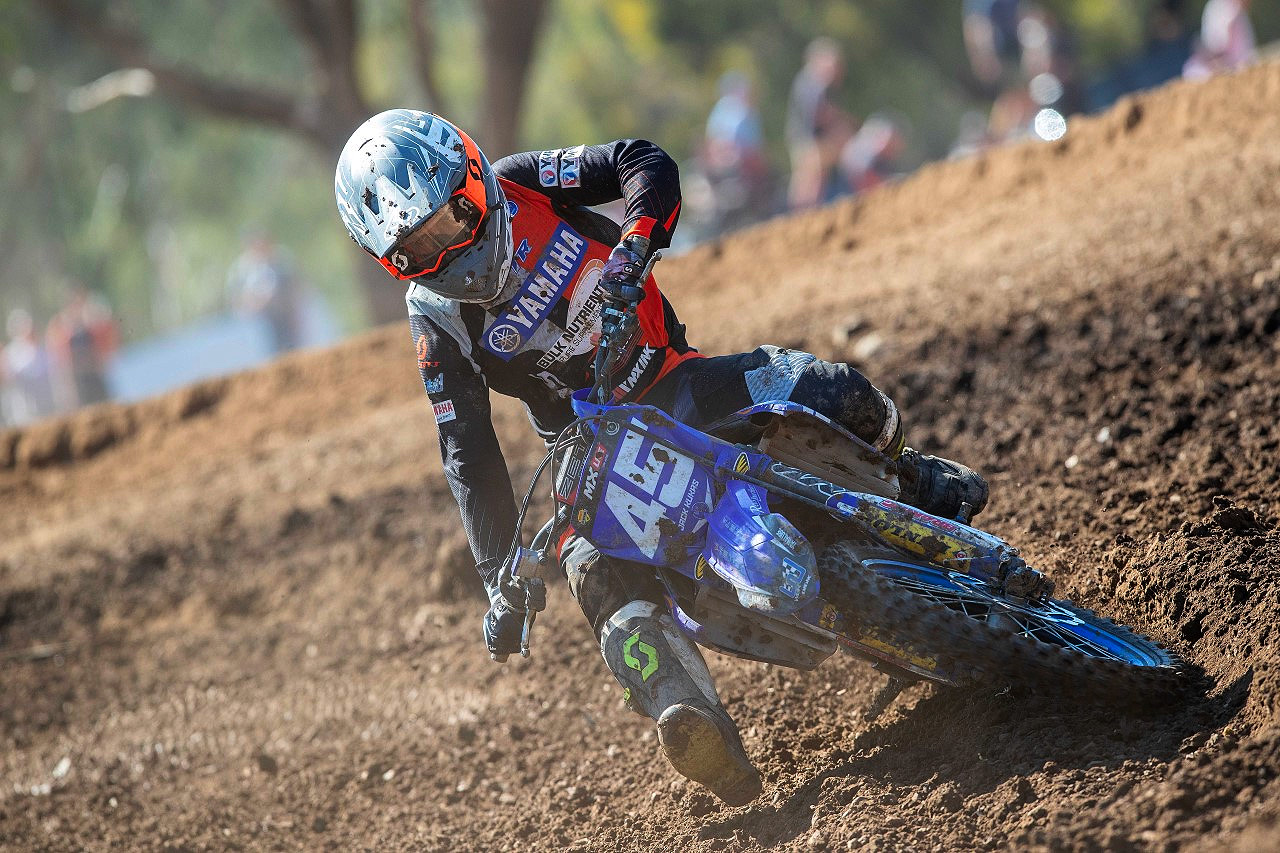 After a consistent points haul Jack Kuckas now moves him to fifth in the championship after three rounds.
Team mate, Jack Kukas, also endured his share of hardships and finished the day in sixth place but produced his best turn of speed for the season so far. Kukas was in third for the first half of moto one before making a mistake and losing a few spots. He then went down and lost another three positions before finishing in eighth place.

And like Purvis, he suffered from an average start in race two, he slowly moved forward during the 11 lap affair to finish in fifth place and take sixth for the day.

The consistent points haul now moves him to fifth in the championship after three rounds.

‰ÛÏI guess I‰Ûªm just angry at myself as I thought I belonged on the podium today,‰Û
Motul MXD Results