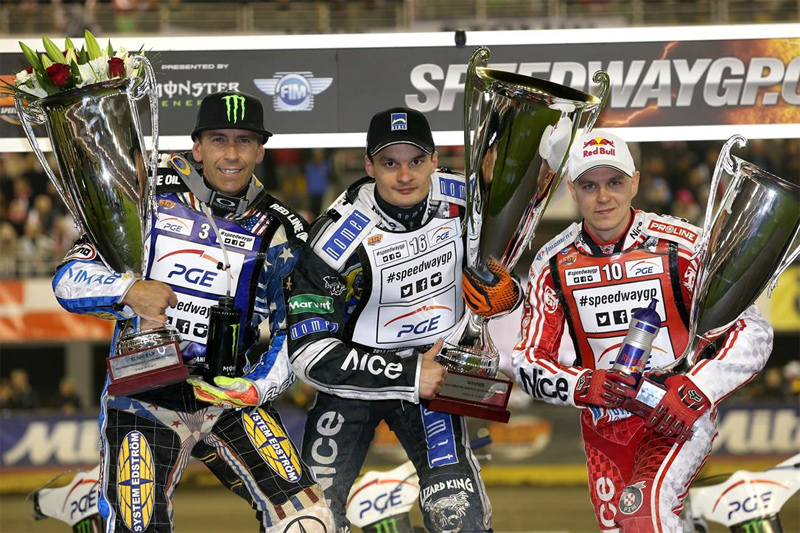 Miedzinski stormed to a popular victory ahead of Greg Hancock, Jaroslaw Hampel and Niels-Kristian Iversen in last year‰Ûªs final and will be desperate to repeat those heroics in his home town.

This will be the 2010 FIM Speedway World Cup winner‰Ûªs second World Championship outing of the season after he was handed the wild card for the Meridian Lifts European SGP at Bydgoszcz on April 26, where he scored five points.

The 29-year-old dons the famous No.16 wild card race jacket for what will be an unmissable finale to the FIM Speedway Grand Prix series as the fight for 2014 World Championship gold and automatic qualification for 2015 goes to the wire.

Miedzinski is joined in the meeting by Torun young guns Pawel Przedpelski and Oskar Fajfer, who will serve as track reserves.

Przedpelski, who wears No.17, has continued his progress in the Polish Ekstraliga after a stunning debut season in 2013. No.18 Fajfer joined the club from Gniezno last winter and has continued to establish himself as a solid performer in the top division.

The referee for the FIM Speedway Grand Prix decider will be Krister Gardell from Sweden.