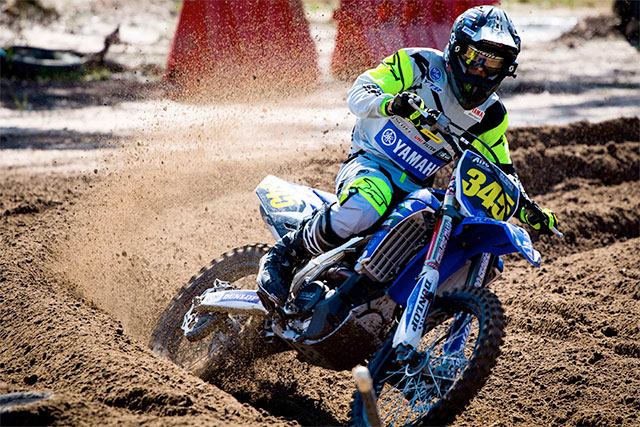 GYTR Yamaha Junior Racing Queensland based riders continued their promising start to the 2017 season with another strong performance at round two of the Airoh Helmets Sunshine State Motocross Series at Hervey Bay.

The always challenging Hervey Bay circuit was made all the most technical when a huge overnight down pour made the sand soft, thick and seriously hard going that made it a tough day for the youngsters.

Jack Kukas again charged to a duel class victory, taking the win in the 15 years 250cc as well as the win on his YZ125 in the 15 years class. Kukas dominated proceedings on the 250, taking three wins from three starts and take over the points lead in the series.

Things were on track for a similar result on the 125 until he fell twice in the final moto and ruined his perfect weekend. To his credit, he charged back to second place and his 1-1-2 results were enough for the round win and extend his lead in this class after two rounds.

‰ÛÏI probably didn‰Ûªt ride my best today as the track need to be respected. The rain made it rutty as well as sandy and then there were plenty of soft spots that could almost sink your bike so you had to be really aware of what was going on.

‰ÛÏStill, it‰Ûªs good to take both class wins and get through here safely. My bikes were great today so thanks to Yamaha Junior Racing and our team sponsors for the great support,‰Û 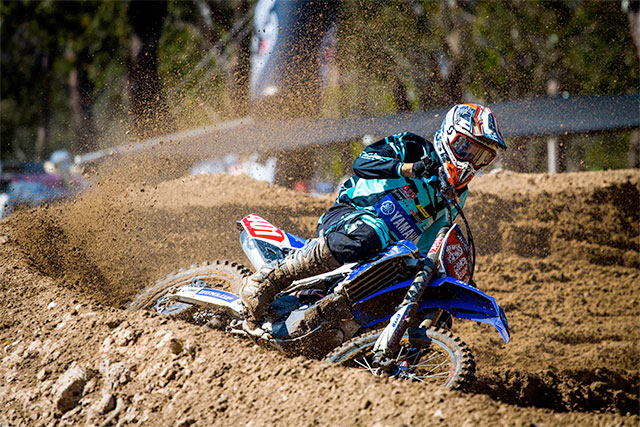 Levi Rogers' day was marred by crashes. Credit Zhane Dunlop
The conditions proved tough for Levi Rogers who showed some great speed but ultimately crashes ruined his day. Rogers crashed in four out of the six motos he contested but he still got up and kept on charging all the way to the finish in each and every race.

Despite the falls, he still managed to pull down a second-place finish in the 13-14 years 250cc with his 4-4-2 results. That now leaves him in second place for the series after round two.

And his 11-8-2 results on the 125 left him in sixth for the day and frustrated at himself. Rogers continually charged into the top three in every race before he fell.

‰ÛÏThe only two races I didn‰Ûªt crash in and I finished second in both of them,‰Û