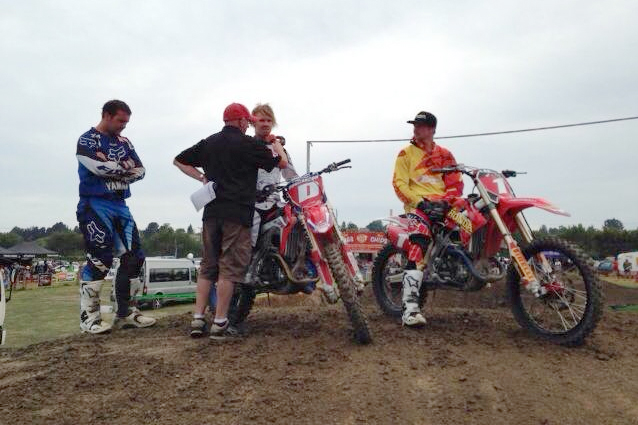 Queensland racer Sam Duncanson finished in second position overall at the 2013 New Zealand Supercross Championships after a fine second place finish at round two held at Winton last Thursday the 28th of November.

It was an impressive result for the Australian privateer who missed the majority of the 2012 racing season due to a big injury and then only competing part time at a national level in Australia due to funding.

Duncanson's opportunity to race the New Zealand titles all started when he received a message from a friend in New Zealand and quickly snowballed into an experience the 20 year old will never forget.

"Basically the opportunity to race the New Zealand Supercross came after I received a message from my buddy Gerry O'kane from NZ asking me if I would be keen on racing over there at all." Duncanson explained. "I replied with the obvious answer of Yes, and not long after I recieved a Message from Brent Scammell asking me if I would be keen to race their National SX under the Brent Scammell Honda tent."

"I jumped on the offer like anyone would and we went from there," he added.

With little time to prepare and with only one day to get used to the Honda CRF450R that he would be racing, Duncanson headed into the opening round of the series where he finished an impressive third place behind Cody Cooper and fellow Australian Matt Haworth.

"The first round at Timaru was always going to be tough having only had one day of bike time before it, but I got comfortable on the bike quickly and had a decent day of racing up there and came away with 3rd in that round.

"Having a few more rides and making a few changes during the week we got set up for the second round in Winton, I felt really confident on this track, had a line I felt was super quick and I was the only one that was doing it, I knew if I got a start and was consistent I could come out with a good result," Duncanson continued.

"Not getting the best of starts in the first two moto's seen me come from the back to take 3rd in both of them. A good start in the last Moto got me on Cody's tail from that gate drop. As Cody made a mistake I would catch some ground and have a crack at getting by him, but just didn't come close enough to get the job done.

"He was lightning fast off the start and very consistent lap after lap, so it was always going to be tough to get him. I Finished off in 2nd and jumped up to 2nd in the Championship as well from that Moto. It Was a massive Confidence booster for me and felt awesome to be up on that podium again." 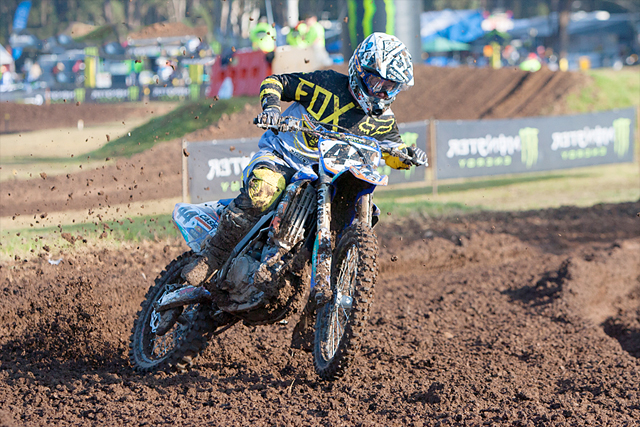 Sam Duncanson had some impressive national results while racing part time this season including a 10th overall at the final round of the MX Nationals at Coolum - Credit: Aaryn MInerds
After missing the 2012 Australian season and racing part time in 2013, Duncanson is hopefully of being able to return to the National scene full time in 2014, though like most current privateers is in the process of looking for the support needed to live out his dream.

"Unfortunately I did have a big injury mid way through last year that took me a while to recover from," Duncanson explained. "I raced the SX at the end of the year and that was my full 2012 race season.

"As for 2014 I've got nothing down on paper just yet, though we are speaking with a few people and looking at all possible options. The main goal is going to be to try and get a gig on one of the mainstream teams to give racing a real good go, whether it be in Australia or elsewhere.

"Working full time and trying to race both MX and SX competitively at a professional level is a very tough thing to do as anyone that has done it before would know. To get the opportunity to give it a real good crack would be something I believe would see me improve in leaps and bounds and hope to put in place in the very near future."

While looking forward to 2014, the Brisbane based apprentice is thankful for all the support he has revived over in the past and could not thank his current sponsors and the people he has around him enough

"I have got amazing people around me and sponsors who have been helping me for years to try and get me to where I want to be. I wouldn't be where I am now without them and I am extremely grateful for the support I have received and still do from these people." Duncanson stated.

"Once again I thank everyone that helped me get over to NZ to race the SX championship, that was an experience I will never forget," he concluded.