Podium finish tops of a huge year for Kyle Webster 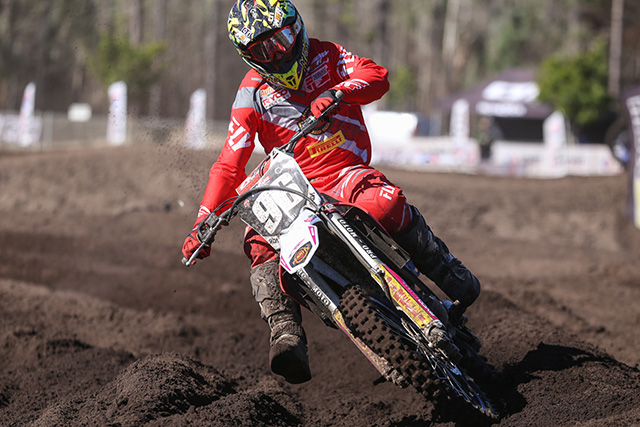 Penrite CRF Honda Racing‰Ûªs Kyle Webster has completed the 2017 Motul MX Nationals championship in style with two MX2 class podium performances at the tenth and final round staged at the Coolum Pines track on the Queensland Sunshine Coast on Sunday (August 20).

Once again Webster took to the track in a determined frame of mind from the moment he first rolled his Autolite spark plug equipped and Pro-Moto suspension tuned Honda CRF250R thumper out of the pits, by laying down the fastest time in the morning‰Ûªs MX2 Qualifying session.

Then in the day‰Ûªs two points paying MX2 motos, Webster displayed more of the form that has seen him snare multiple podium placings in this year‰Ûªs championship, to finish second in moto one and third in moto two, to give the young West Australian third overall in class on the day. The performance saw Webster tie with second placed Wilson Todd (Yamaha), the pair completing the day‰Ûªs overall podium behind round and championship winner Egan Mastin (KTM).

‰ÛÏOverall Coolum was a really great finish to the championship for me,‰Û