Podium finish for Waters, while Wilson makes positive return at Round 3 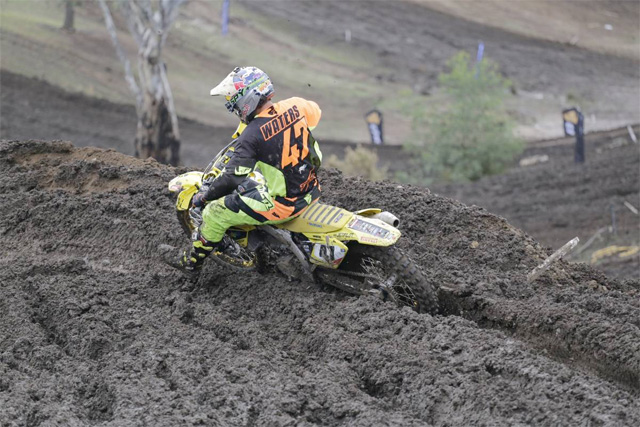 It was yet another successful hit out for Wilson Coolair Motul Factory Suzuki at Round 3 of the Motul MX Nationals at Broadford today, with Todd Waters finishing on the podium for the second time so far this season, while Luke Wilson made a positive return to racing at the State Motorcycle Complex in Victoria.

With significant rain fall affecting round three today, Motul MX Nationals event staff were forced to cancel both Qualifying and Superpole for the Thor MX1 competitors, and when racing eventually got underway both Wilson and Waters were faced with treacherous track conditions.

Despite round three marking the first ‰Û÷mudder‰Ûª for the MX Nationals in two years, Waters rose to the occasion in race one aboard his Suzuki RMZ 450, securing the holeshot and leading from the minute the gate dropped to when the chequered flag flew.

For Wilson, moto one proved to be even tougher than first anticipated, unfortunately suffering a flat front tyre on lap two, however the Suzuki mounted rider persisted in some of the toughest conditions so far this year to finish the race, and conclude moto one in 15th position.

In race two, Waters got to yet another solid start, however a crash involving another rider in the opening stages of the moto held him up, and despite making up a number of positions and nearly catching third place in the closing stages of the race, Waters ran out of time, and was forced to settle for fourth position. For Wilson, the differing track conditions in moto two proved to be difficult, and after 30 gruelling minutes on track, Wilson crossed the line in a hard fought 15th position.

At the conclusion of the round, Water‰Ûªs 1,4 results saw him awarded with third place on the overall round three Thor MX1 podium.

‰ÛÏIn the first race, I felt like I rode how I should have. I‰Ûªve been training hard and the bike is good, so especially in those conditions it was awesome to get the win in moto one. I really felt like it was going to be my day to be honest,‰Û 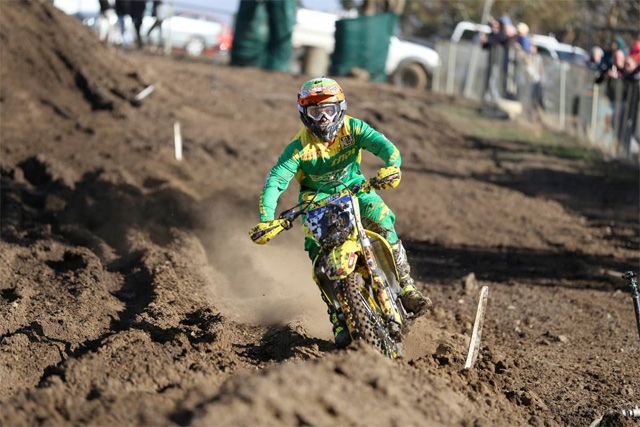 ‰ÛÏI‰Ûªm pretty happy with 13th overall especially being my first round back from injury,‰Û