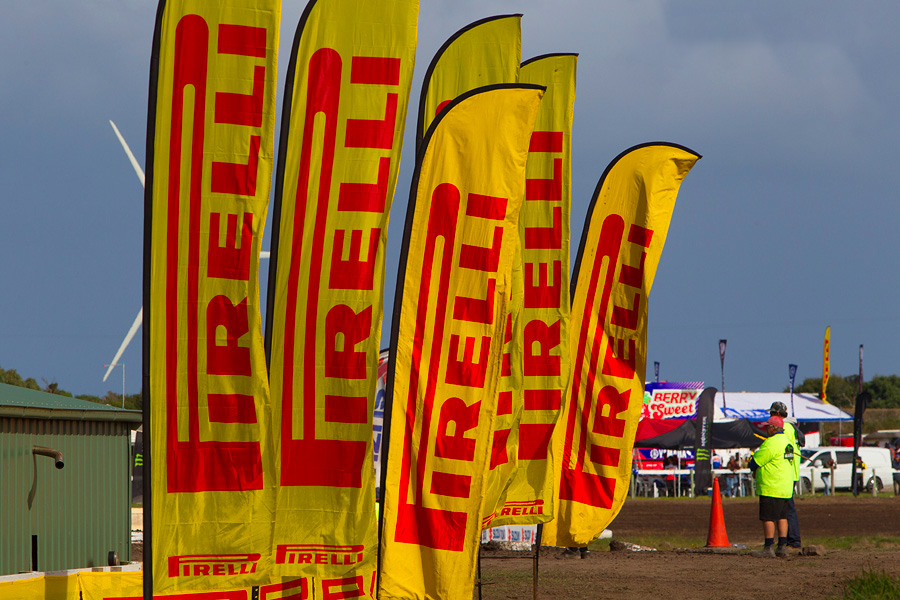 Pirelli has signed on as a major partner of the 2021 Penrite ProMX Championship, presented by AMX Superstores (ProMX).

The renowned Championship winning tyre manufacturer, has been secured as the official sponsor of the ProMX Championship MX2 class.

Pirelli have been a major partner and sponsor of Australian motorcycle championship racing for many years, and their support and sponsorship of the MX2 class in the inaugural year of the ProMX Championship is significant.

The Pirelli SCORPION‰ã¢ MX range is world renowned and firmly established as the off-road tyre of choice by both the elite level professional riders and factory race teams of the sport, through to the privateers and up and coming amateur talent. All choose Pirelli and the SCORPION‰ã¢ MX range for unbeatable performance, longevity and feel out on the track.

Pirelli Australia have a long heritage of success in the Australian racing industry, with numerous partnerships spanning decades supporting factory race teams and prestigious events. This announcement for Pirelli as the MX2 class partner for the inaugural ProMX Championship is the perfect is a perfect fit for the brand.

‰ÛÏMotorcycling Australia CEO, Peter Doyle, said it was a great win for the championship to have Pirelli partner as the MX2 class sponsor.

‰ÛÏTo have such an established and reputable brand such as Pirelli partnering with ProMX and the MX2 class is fantastic news for race fans, riders and teams.

‰ÛÏThe MX2 class in the 2021 season will showcase non-stop on track action with some of the nation‰Ûªs best up and coming professional riders destined for international success in the future.

‰ÛÏTo have Pirelli support the ProMX Championship says tremendous amounts for their commitment and passion for Australian Motocross and we are very proud to have them onboard in 2021.‰Û