Pirelli Named As Title Sponsor Of Final 2014 WSBK Round 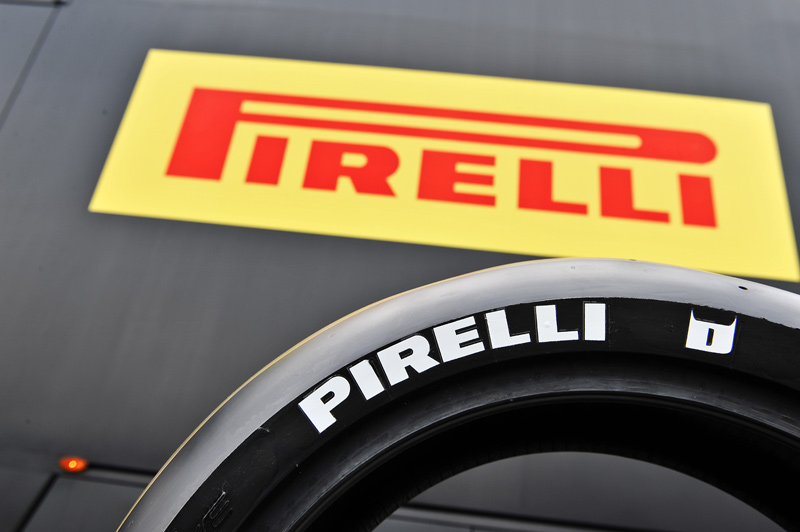 After the Malaysian round, Pirelli will also be the Event Main Sponsor of the grand finale of the eni FIM Superbike World Championship which will be held next weekend in Qatar at the Losail International Circuit, Doha.

The last round of the season will take the official name- Pirelli Qatar Round.

"We are pleased that this year Dorna has managed to bring the Superbike World Championship to Qatar and Malaysia, two overseas rounds which are very important to us, which is why we decided to be the Event Main Sponsor" said Pirelli Moto Racing Director Giorgio Barbier.

"As Malaysia is an important stage to increase our brand awareness in Southeast Asia, Qatar is a springboard to the Middle East. In this sense, Pirelli welcomes very willingly the efforts that Dorna has undertaken this year in structuring an even more international calendar, and that next year we hope it will be even more full of events and optimised in terms of dates."

For this event Pirelli will bring a total of 3101 tyres that will be made available to the Superbike and Supersport riders, the only two classes that are required to run in Qatar. Both the Superbike World Championship and Pirelli have been to Losail circuit before but not for four years.

The production machine based series attended the track for five consecutive years, from 2005 to 2009. The novelty lies in the fact that for the first time the Superbike World Championship will take place at night thanks to the efficient artificial lighting system which is fitted to the Qatari circuit.

As the Supersport, Superstock 1000, Superstock 600 and European Junior Cup titles have already been assigned, the final round will be a stage dedicated entirely to the premier class which will be supported by the Supersport World Championship and the Qatar Superbike series.

The two riders who are competing for the title of 2014 eni FIM Superbike World Champion: Tom Sykes riding his Kawasaki ZX-10R and Aprilia‰Ûªs Sylvain Guintoli on the RSV4 Factory. The Englishman comes to the starting grid with a lead of 12 points on the Frenchman and has to manage the advantage to win the title.

For his part Guintoli has undergone a series of excellent performances having reached the second step of the podium six times in the last eight races with one race win, proving regularly to have an Aprilia that, at least in the last few rounds, seems to have become the bike to beat. This is also shown by the ranking of the Manufacturers' Championship that sees the Noale company in the lead, 23 points ahead of the Akashi giant.

This round will of course be crucial to assign both the riders and manufacturers titles.

Losail VS tyres: the sand is the number one enemy

The Losail International Circuit is located just a few kilometres away from the airport of Doha, Qatar, and was opened in 2004. It's one of the few circuits in the world that offers the opportunity to compete in the night, thanks to a perfect lighting system.

The track has a length of 5.380 kilometres, with the start-finish straight which measures 1068 metres, with 6 left hand and 10 right hand turns. The track has a width of 12 metres and, apart from the main straight, the rest of the track looks like a mix of fast and medium turns, including two fast left-handers. The rider who starts from the pole position will line up on the right side of the grid.

Although the track is almost completely surrounded by artificial grass designed to limit the inflow of sand from the desert, in the qualifying sessions the tyres often have to contend with the presence of sand on the track.

The wind that blows on the flat peninsula of Qatar usually moves a lot of sand which is deposited on the track therefore early practice and qualifying sessions are very dirty. Riders in these early sessions must be careful riding with smooth, constant lines and even so the front tyre tends ‰Û÷tuck‰Ûª at some point, creating wear marks. On the rear, for the same reason, you can have a kind of "leopard spots" look.

Until 2009, the Championship has always made a stop in Qatar in the spring, running in daylight, so this is the first season in which it runs at the beginning of November and at night. All this brings with it some unknown factors that may affect the performance of the tyres. In addition to the aforementioned sand, tyres will face far cooler temperatures, typical of the night in the desert areas such as the one in which the Losail circuit is built.

Compared to the past Pirelli will face a circuit with a more worn asphalt in which it will be necessary that the tyres, especially the front, are able to ensure a good grip in order to compensate for the lost grip over the years from the asphalt.

There are few places where full throttle is needed, however, to adequately conquer the track, you need a good compromise between front wheel stability during challenging braking zones plus a good level of traction at the rear to properly set the trajectories out of the fast turns. The choice of tyres obviously has to reflect these needs.

So at the front you need a tyre capable of absorbing the high power accumulated during braking without suffering high ‰Û÷crushing‰Ûª.

At the rear, instead we need to focus on a soft tyre to properly face the road surface and provide adequate traction. This choice, however, is greatly complicated by the constant presence of sand on the circuit. In fact, it dramatically reduces the grip of the track and inevitably produces micro lateral slipping (stick and slide) resulting in tears on the surface of the tread. A soft tyre could not withstand the mechanical stresses generated by this slippage.

For this reason, Pirelli has decided to bring for the front the T0020 which is able to properly orientate the Qatari asphalt but with levels of support comparable to the SC2 and with improved resistance to mechanical wear.

At the rear, in addition to the standard SC0, there will be the development T0722, a soft tyre which combines the grip of the standard SC0 with the stability of improved performance and a better mechanical strength, which is able to soothe the mechanical wear in the case of sand on the track.

Pirelli will be bringing 3101 tyres to Losail for the fifth round of the eni FIM World Superbike Championship. The reason for this quantity, which is less than what is usually brought to other European races, is that only the Superbike and Supersport classes will be competing at the Qatari circuit.

Specifically, compared to the total number of tyres brought by Pirelli, 1751 will be reserved for the Superbike class and 1350 will be for Supersport. Each Superbike rider will have 33 front and 34 rear tyres to choose from, whereas the Supersport riders will have 25 front and 25 rear tyres.

The choice of slicks for the front anticipates one SC1 soft compound solution and two medium compound SC2 options. The SC1 will be the S1699, a development solution that provides greater support in the approach to the curves in favour of better steering precision and successfully debuted at AragÌ_n only to be the most popular solution at Assen, Imola, Donington, Misano , PortimÌ£o, Laguna Seca, Jerez and Magny-Cours.

Regarding the SC2, there will be the standard one, optimal for high external temperatures because it guarantees stiffness in the tread band, and the T0020, which uses a compound that in hardness is positioned halfway between the SC1 and the SC2. The latter has so far only been brought to the Imola tests as well as Jerez and Misano rounds, and should provide more grip than the standard SC2 and higher robustness compared to the SC1.

At the rear, two SC0 and one SC1 choices will be brought. The standard SC0, offers maximum tread contact on smooth asphalt and maximum traction at high temperatures as well as higher resistance to thermal performance decay. The SC0 T0722, which until Magny-Cours was only available to Superbike riders and which debuted at Misano as the first SC0 solution dedicated exclusively to the Superbike class.

The SC1 available to the riders will be the S1185 specification, which is also initially available only for the Superbike riders and starting from PortimÌ£o also available to EVO riders.

For Superpole on Saturday a super soft tyre will be available as always in order to allow the riders to obtain the best possible times for grid placement.

For the front the Supersport riders will be able to choose from the two standard solutions, the SC1 soft compound and the SC2 medium, already used and brought to all the races so far in 2014.

For the rear the riders will be able to choose the standard SC1 in medium compound, ideal for moderately abrasive tracks and present in all the races up to Misano, and the development SC1 S0624, as an alternative to the standard SC1 which in comparison is more robust and offers more grip. It was also present in AragÌ_n, Assen, Imola, Donington, Portimao and Magny-Cours.