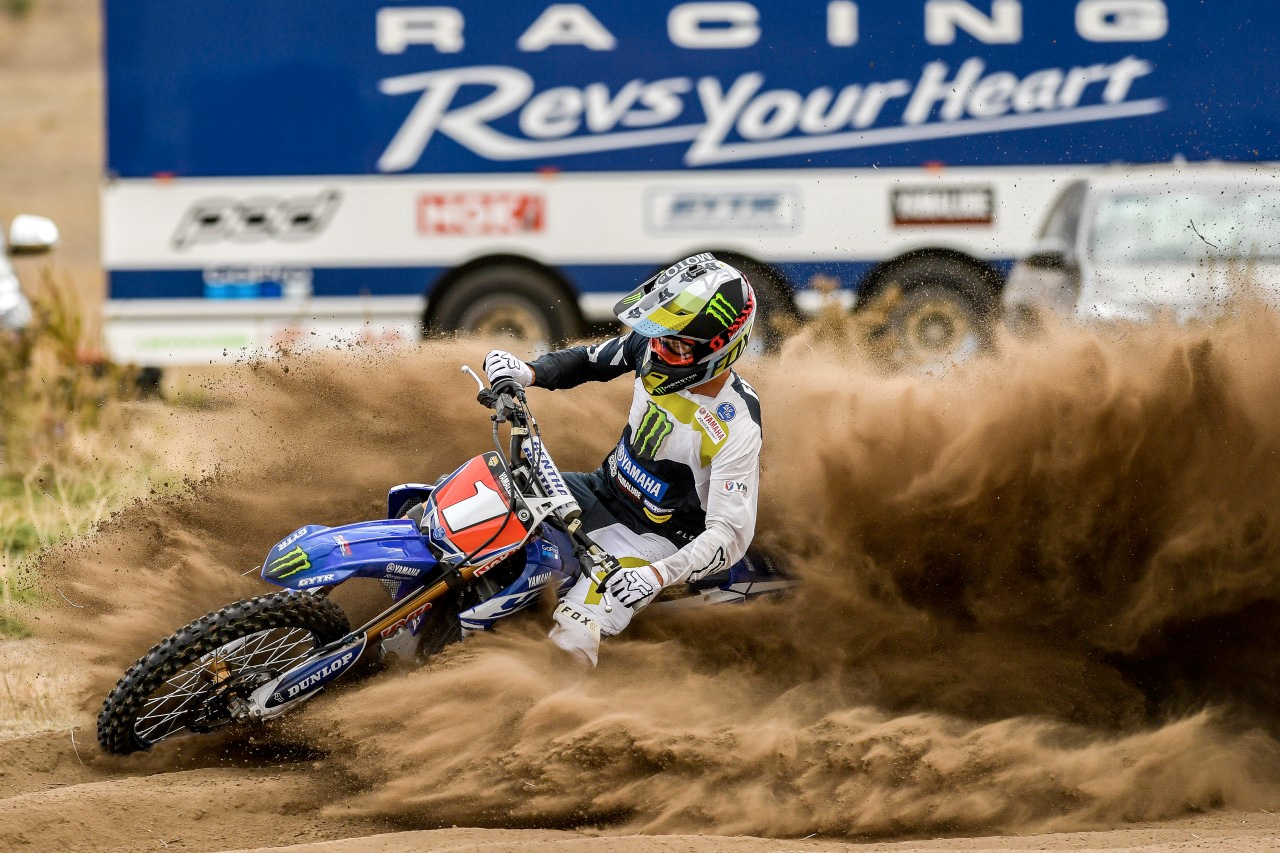 In the first of two rounds to be hosted this weekend, Ferris convincingly won both races, while Raceline Pirelli KTM rookie Mitch Evans finished an impressive second overall, ahead of KTM Motocross Racing Team‰Ûªs Luke Clout.

In the opening race of the weekend Ferris leapt to the front and quickly showed the rest of the pack a clean pair of heels, extending his eventual victory lead to more than 35 seconds. Behind him, KTM Racing Team‰Ûªs former MX Nationals champion Kirk Gibbs claimed second ahead of his teammate Clout, who scraped onto the podium after Penrite Honda Racing‰Ûªs Brett Metcalfe experienced a mechanical problem on the final lap. Rhys Carter (Complete Parts Kawasaki Racing) finished fourth and Evans fifth.

In the MX1‰Ûªs second outing, Gibbs grabbed the hole-shot and pulled a small lead before crashing out of contention on the second lap. Gibbs‰Ûª misfortune granted Ferris the lead, which he held unchallenged to the chequered flag. Evans finished a remarkable second ahead of fellow rookie, Davey Motorsports Husqvarna‰Ûªs Caleb Ward, while Clout and Metcalfe rounded out the top five.
Penrite Pirelli CRF Honda Racing‰Ûªs Kyle Webster enjoyed a memorable day in Wonthaggi‰Ûªs black sand by claiming his first-ever overall victory in the Pirelli MX2 class.

Webster won the opening race and backed it up with a third in the second outing to secure his maiden win. Serco Yamaha pairing Nathan Crawford and Wilson Todd filled the remaining positions on the podium with second and third overall respectively.

The Western Australian Webster started his day perfectly with a wire-to-wire 14-second victory in the opening moto, ahead of series leader Crawford, who fought through the pack after a mediocre start, and Jay Wilson (Yamalube Yamaha Racing). Penrite Pirelli CRF Honda Racing‰Ûªs Jackson Richardson finished fourth after running as high as second, narrowly ahead of Davey Motorsport KTM‰Ûªs Hamish Harwood in fifth.

Todd broke through for his first race win of the year in the second MX2 race, more than 17 seconds ahead of Crawford, who again had to push hard through the pack all race. Webster finished a hard-fought third after leading the race earlier. Wilson put in another solid ride to finish fourth, ahead of 2017 MX2 champion and early race leader Egan Mastin (KTM Motocross Racing Team).