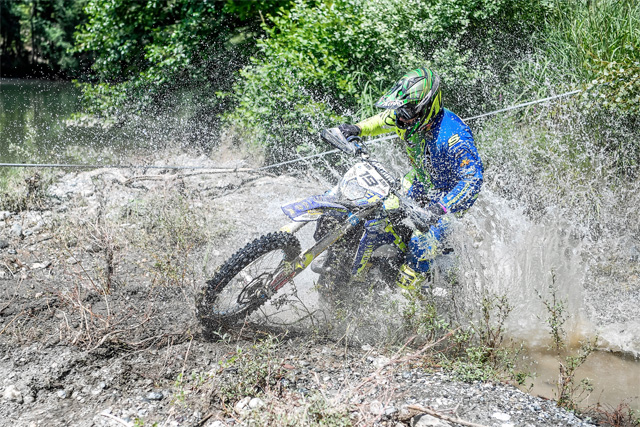 The 2017 world championship EnduroGP season has drawn to a close with the GP of Germany. Sherco rider Matthew Phillips faced the notoriously difficult course in search of making the overall podium, however, the Tasmanian was forced to settle for fourth place over both days of racing.

Phillips was intent on winning the final GP of 2017 in what has been a turbulent season of racing for the former world champion. Extremely technical special tests combined with rain and incredibly fast and determined competitors kept Phillips at arms-length. The final season points tally keeping the Sherco star rider off the championship podium by a mere seven points.