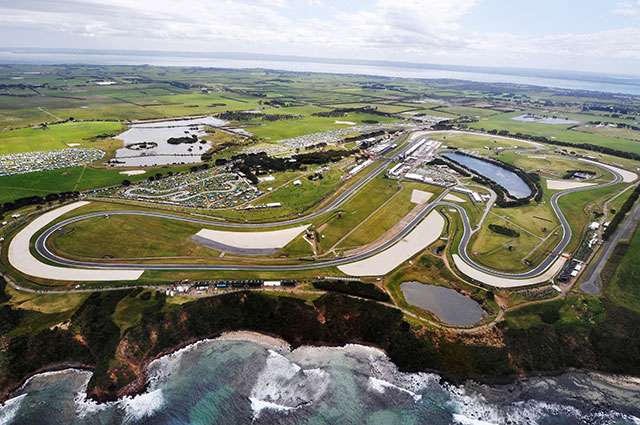 Victoria‰Ûªs motorcycling mecca, the Phillip Island Grand Prix circuit, will remain Australia‰Ûªs exclusive home of the world‰Ûªs leading motorcycling championships with MotoGP and World Superbikes confirmed to race at the scintillating 4.445km island circuit for another decade plus.

The contract extensions for both championships were announced by the Victorian Minister for Tourism and Major Events, the Hon. John Eren MP today, assuring fans MotoGP will race at the track until 2026 and the FIM Superbike World Championship for production bikes (WorldSBK) will return each year until 2027.

The host agreement was reached between the State Government of Victoria, the Australian Grand Prix Corporation, the Victorian Major Events Company (VMEC), the international promoter of both championships - the Spanish group DORNA, and the Phillip Island Grand Prix circuit.

‰ÛÏOur thanks goes to the Victorian government and DORNA for their commitment to our circuit and the Phillip Island community,‰Û