Peters Struggles With illness at Round 3 of the MX Nats 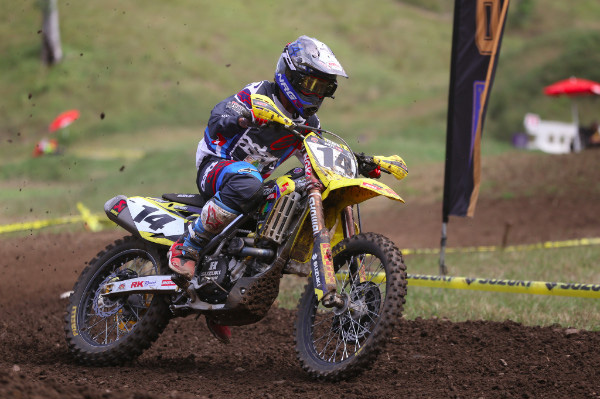 Wilson Coolair Motul Factory Suzuki‰Ûªs Kyle Peters battled his way through a difficult round of the 2017 Motul MX Nationals at Conondale yesterday after being struck down with a stomach flu.

Despite heading to the event on the Sunshine Coast yesterday unsure as to whether he would be healthy enough to take to the line, the American rider Peters put on a brave face and fought hard for important championship points throughout two gruelling MX1 motos.

After being attended to by Racesafe prior to climbing aboard his Factory Suzuki RM-Z450, Peters managed to qualify just outside the top ten in 11th yesterday morning, and despite being visibly unwell, was determined to line up for both races.

In race one Peters fought hard to finish in 11th after a second turn crash, and then went one position better, finishing in tenth in race two placing him in 9th overall for the round, in what was one of the most challenging weekends of racing so far in his career.

‰ÛÏFrom Wednesday to the weekend I barely ate anything, I couldn‰Ûªt keep anything down and to be honest I really didn‰Ûªt know if it was going to be possible for me to ride round three at all,‰Û