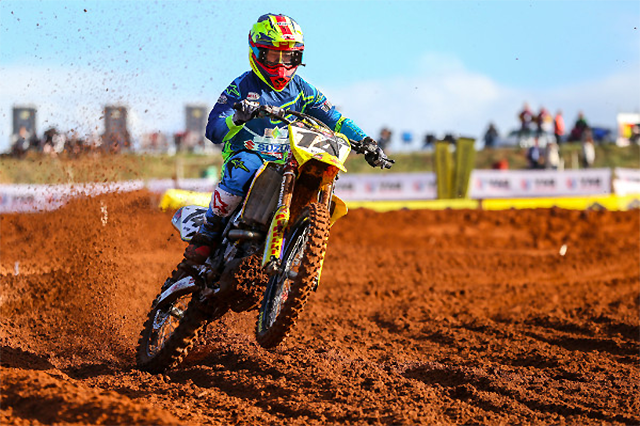 Wilson Coolair Motul Factory Suzuki‰Ûªs Kyle Peters is preparing to head to Nowra for the sixth installment of the Motul MX Nationals on Sunday, with one goal, to get his championship back on track.

American Peters spent the majority of the mid-season break back home in the United States at Club MX, where intense training prepared him for the final five round dash to the finish line, and will be hoping to put his refined skills to good use when the series resumes this weekend.

Peters today shared that he‰Ûªs optimistic that after a difficult first five rounds of the Australian championship that he can turn things around, and won‰Ûªt be settling for anything less than wins from here on out.

‰ÛÏThe mid-season break was really good for me. It gave me the chance to go home and reset ‰ÛÒ I wasn‰Ûªt in the greatest head-space before I left, I was feeling negative and unhappy but to go home and do some training and relax, I‰Ûªm feeling like a new person,‰Û