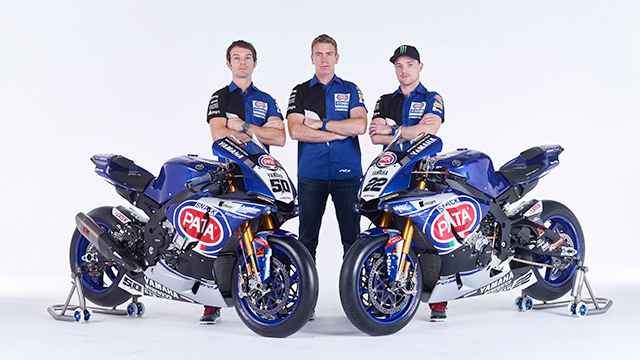 The Pata Yamaha team has launched the bike that's set to see the brand return to the WorldSBK stage in 2016.

The YZF R1 was unveiled by 2014 World Superbike champion Sylvain Guintoli and teammate Alex Lowes, who were joined at the event in Barcelona by Andrea Dosoli, Road Racing Project Manager for Yamaha Motor Europe, and Paul Denning, Team Principal.

Project Manager Dosoli explained: "We know 2016 will be a learning season for us, we want to approach the championship step by step and first of all we would like to understand our level compared to the other top guys. We are aware how tough the championship is and together with all our partners and YMC in Japan, we have a clear plan and schedule in order to, as I said before, step by step improve our competitiveness. The bike has huge potential."

Team Principal Paul Denning added: "For us it's an opportunity to finally enter into World Superbike with a genuinely competitive machine, and to enter in also with a project that's not just about one year; it's about developing the bike and developing the level. We have a clear target to challenge for the World Championship, and within the first of years. It's exciting and it's nice to see the bike there, not completely ready to go but also not too far away.

Guintoli is optimistic for the season ahead after first contact with the bike in Jerez: "We're very early in the development stage for World Superbike but everything went well in the first test and we're moving forward. We've got new parts and interesting work going on, so it's very exciting. I had a great feeling stepping on the R1, it reminded me so much of the M1 (MotoGP) in it's character and DNA, it felt like Back to the Future to me.

"I had a lot of expectation stepping onto the M1 for the first time but it was a fantastic feeling, so yes we have strong expectations but we don't want to underestimate our opponents; they are very strong. It will be a great challenge to grow throughout the season and hopefully get a few podiums. I think secretly, we all hope that we're going to be at the front straightaway but this is a new bike and it's the first year so we have to try and be realistic as well. But you know...we still can dream!"

Lowes, who won the British Superbike Championship in 2013 and has had a tough two season in WorldSBK since, shares his teammate's optimism: "The first time I rode the bike was great. You go out on the bike, you don't know what to expect...I did three laps and I thought 'Yeah, this is fantastic.' And then the realisation of 'right, we have to get this bike ready to challenge for the World Championship.'

"The factory Ducati and factory Kawasaki teams have great bikes with great teams and you can't underestimate them; the riders or the teams. So we have a big job. But the realisation that we have a bike that can compete with them and challenge for the world championship was obviously really nice. I'm on a bike that, from when I line up on the grid in Phillip Island to when I line up on the grid in Qatar, is only going to get better. And that, as a rider, is a fantastic position to be in." 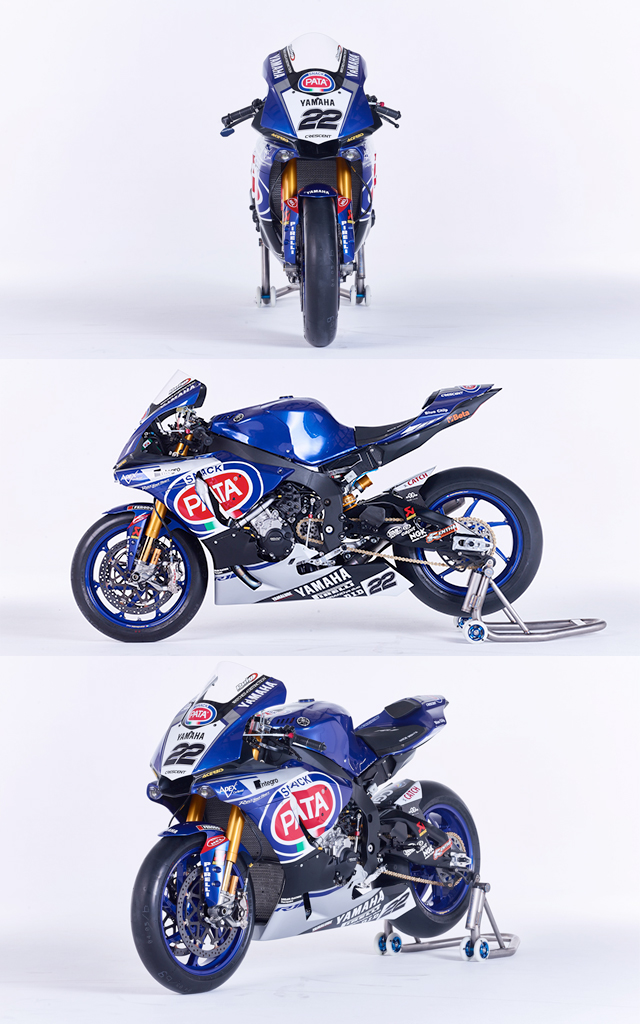