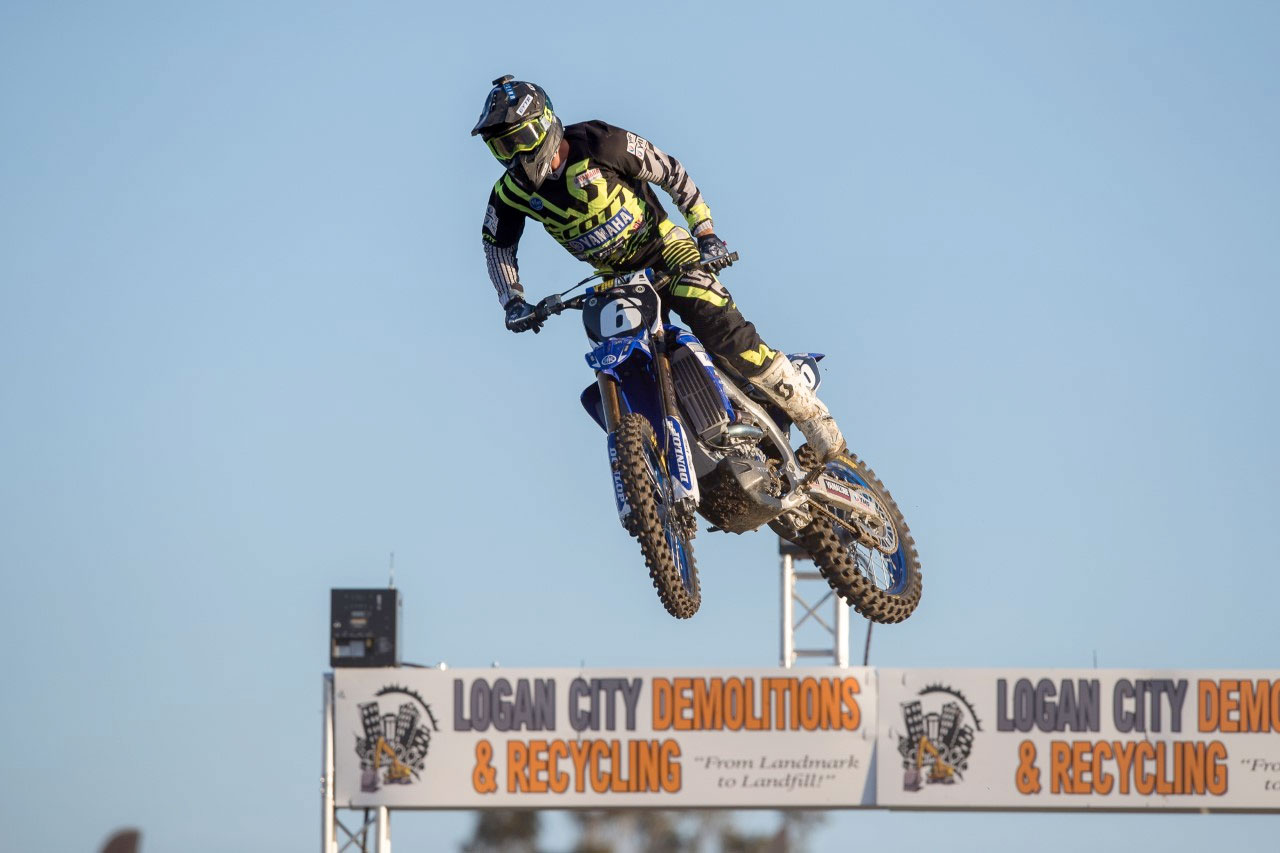 Queensland based Jay Wilson had plenty of friends and family on hand to see him get his 2018 Australian Supercross Championship season underway in the best possible way. Photo: Supplied
Yamalube Yamaha Racing‰Ûªs Jay Wilson got his 2018 Australian Supercross Championship campaign off to the perfect start after notching up a victory at the opening round, held at the Jimboomba-X Stadium, over the weekend.

Contesting the highly competitive SX2 division (250cc), including a handful of international riders, Wilson came out all guns blazing to win the 15 lap main event in a commanding performance and set the tone he wants to maintain for the remainder of the championship.

After qualifying in fourth place, he nailed a good start in his heat and was able to move into the lead just prior to the half way stage and go on for a confidence boosting heat race win and get the all-important first pick of the starting gate for the main event.

With a big crowd on hand, Wilson charged down the front straight and slotted into second place as the 20rider field jostled for position in the first half a lap. US Import, Brad Taft was in the lead but as they came around to begin lap two, Wilson was able to get up the inside of Taft and take control of the race.

Over the course of the next 13 laps, the Gold Coast based rider slowly but surely increased his lead and by the time lap 13 was in the books, Wilson had nearly an eight second lead with Taft still in second. From there, it was just a matter of bringing it home safely and avoiding any unnecessary risks.

He rounded the final right hand turn and then punched the air in celebration as he leapt the finish-line jump. It was a well-received win with plenty of friends and family to cheer him on and it makes it two victories in a row at Jimboomba as he won the final event there in 2017.

‰ÛÏIt feels so good when you set down a plan, layout a goal and then go out and achieve it just the way you wanted,‰Û 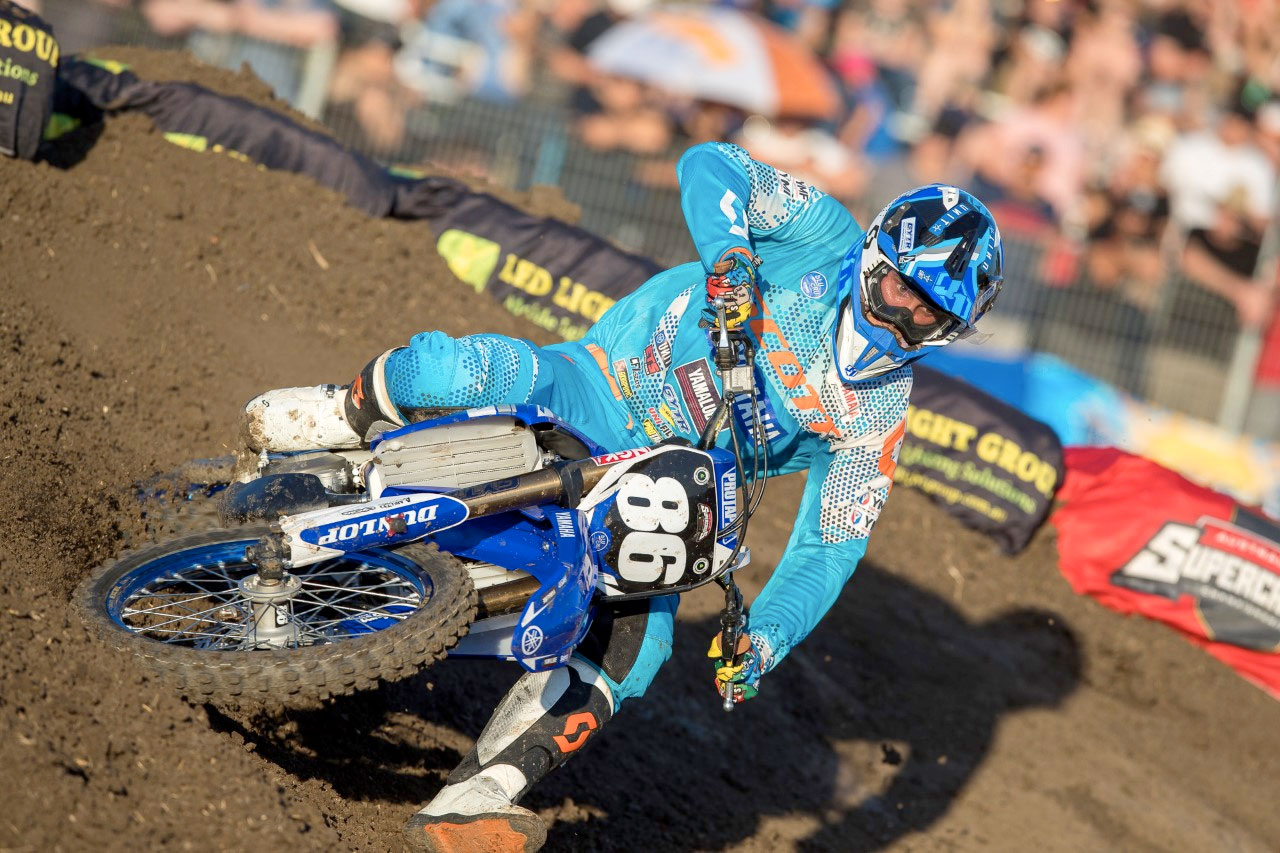 Richie Evans impressed in his very first supercross, finishing the main event in eighth place. Photo: Supplied
The opening round also proved a good day for team mate Richie Evans who finished eighth in the SX2 final in a very promising performance. This was Evans‰Ûª very first supercross event and while a skilled and talented motocross rider, his lack of experience in supercross had him nervous prior to round one.

But once on track and getting accustomed to the bigger jumps, high intensity and close racing that supercross produces, Evans looked right at home producing good lap times throughout the day and beating several more fancied riders in the SX2 main event.

Evans posted the sixth fastest lap time in qualifying then went straight to the main with a seventh place in his heat, despite a crash.

In the main event, Evans was towards the front of the pack and after the chaos of the opening laps settled, he found himself in sixth place and holding his own against a star studded field. He maintained sixth place until lap nine when Jacob Hayes and Wilson Todd moved by, dropping him to eighth, a position where he would stay until race end. 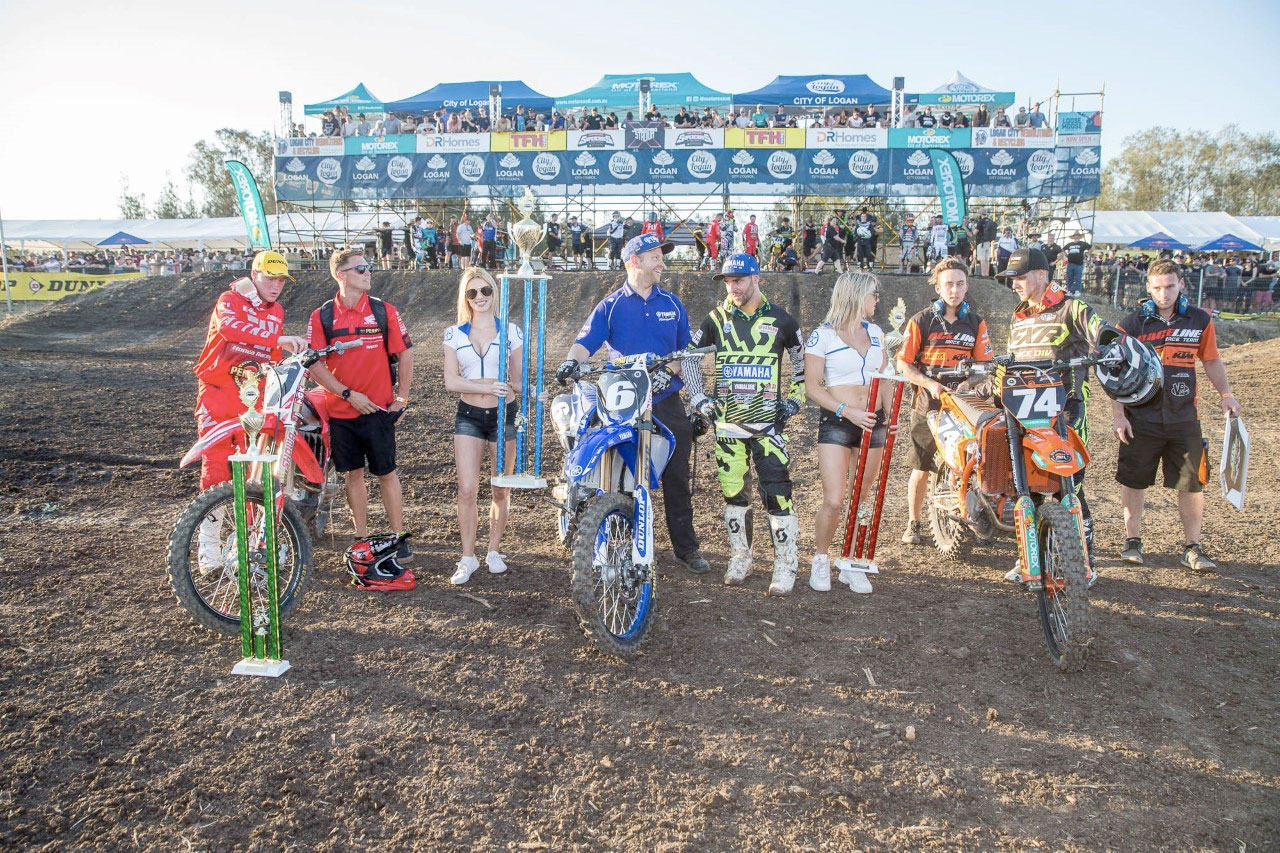 Jay Wilson with the number one trophy.
2018 Australian Supercross Championship Round One Results