Penultimate Round OF WAMX Championship Heads To Coastal Park Sunday 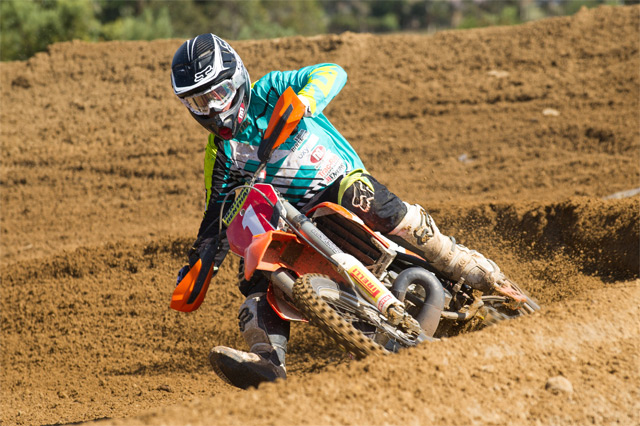 After a month‰Ûªs break since the Bunbury round, the sands of Coastal Park await the competitors as the season gears up towards another exciting finish, with some championships ready to be sewn up, and some still to be decided with two rounds left to run.

In the MX1 class Dean Porter leads the points heading into Coastal Park. Porter has podiumed at every round so far, and this round it is anticipated that he will continue this form. Young gun Robbo Lovett is second in the series with Mitch Taylor fresh from the Vintage MX Nationals and podium success keen to replicate that result heading into this penultimate round.

Only three points separates Charlie Creech and Paul Humberston who round out fourth and fifth in the series. Michael Mahon, was the notable standout at Bunbury, and if he lines up for this round, will be a huge danger. It remains to be seen if the big names who were missing from the premiere class at the previous round at Bunbury, Calvin, Tierney and Heilers will all line up.

In MX2 Jayden Rykers took second in the MXD Championships and immediately headed overseas to compete in Europe. Rykers carries a 66 point lead and looks ready to claim back to back MX2 Championships. With Connor Tierney not competing at the previous round, it was left to Dylan Heard, Ryan Scarlett, Jack Taylor and John Darroch to pick up some hard earned points. Jake Fewster is ready to push the limits and pick up some points currently sitting in seventh in the standings.

In the Veterans class, Brendon Parnham carries the championship lead into this round, ahead of Trevor Unstead and round 5 winner Scott Petricevich. The sand specialists will be in their element with another sand round to whet the appetite. Nick Stone, Tim Dunstan and Chris Fleay will look to carry their points charge into this round.

The Intermediate Lites previous round was dominated by Stuart Eardley-Wilmott, who has massive speed and immense talent coming up from Juniors and the move this season into seniors. Mario Dercole leads the series with Jacob Schaafsma in second and Kenlon Youl holding down third. It is expected that if they line up again, Grant Buchan, Kurt Baxter, Steven Pocock, Jack Turner and Mackenzie Shepherd will fire up and give a nudge to the championship contenders.

Alex Christie carries a handy lead into Coastal Park when he picked up the round win last time out at Bunbury. He will need to keep his sand racing intact with Jake McKay, Daniel Brenzi, Matt Morrissey, Kane Doyle, Shaun Templeman, Brayden Hahn and Tex Fabriziani looking to build on their season points tally.

Clubman Open class has Callum Evans in top form and maximum points heading into the penultimate round at Coastal Park. Strong results at Bunbury from Nathan Cox and Caleb Mills hold them inside the top three in the points, with Kile Scoon-Reid, Brandon Richman, Jesse Barnsby, Corey White, Jay Sumaryo and Chris Hallett poised to carry that form into this round.

Intermediate Open previous round win was dominated by Stuart Eardley-Wilmott with a perfect scorecard (1-1-1), it is Brock Nelson who leads the series from Anthony Rubotham. If he lines up to contest two classes, Mario Dercole will be one to watch with Grant Buchan, Matt Rowlands and the Bunbury surprise package in Hayden Scoby-Smith.

This year the Quad Championship celebrate 20 years of inclusion in the WA Motocross Championships, it was disappointing to some that the Quad Championship were reduced to 3 rounds, but for some it opened up the year allowing interstate and overseas races to be included in their calendars rather than being tied to one series. The series is tight and competitive with every podium place liable to change at the final round.

Starting with the points leader Luke Gaisford who won‰Ûªt be racing the final round due to injury, Gaisford was injured early August and won‰Ûªt be back racing in 2015. Luke travelled to South Australia to do some coaching and by all accounts spoke so highly of the WA racing that Taylor Goldfinch one of SA's fastest riders will come to WA for the final round, Goldfinch will race on the 4TEEN Industries Honda.

Chris Bosnakis currently second in the points has wrapped up the 2015 Australian ATV Pro Championship in August and will be looking for a lucrative Back to Back WA State title. Bosnakis also finished 5th in the Finke desert race in June in his first attempt at Australia's Greatest Race. There were 28 Quads competing in the Under 40 years class which was won by WA's Paul Hughes. Bosnakis racing won‰Ûªt finish for the year here with the SA State Titles in his sights in November.

Shaun Woodhead has raced 2 rounds of the USA ATV Championships, come 3rd at the Australian ATV Championships and is currently 3rd in the WA State Championships; he is closely followed by Daniel Soltoggio, Josh McKay, Tyron Robertson & Ashley Mills. The points are so tight up that Mike Murphy, Bryce Crabtree, Luke Ovens, Shaun Barry, Ben Hall and Jemma Merrylees will all be fighting for best place finishes.

Jemma Merrylees Australian Womens ATV MX Champion is also fresh back from another Title win in the Womens Class in Darwin at The NT State ATV MX Championships on Sept 6th while Gina Merrylees came 3rd at the same event.

24 riders have competed in the WA Quad State Championship this year and it will all come down to the final moto to celebrate this year's 2015 podium at Coastal Park.

Spectator Entry is $10 for Adults with kids under 16 Free. Racing from 9.30am with a full support race program. Full Bar and Canteen facilities and No BYO. This is a Smoke Free Event