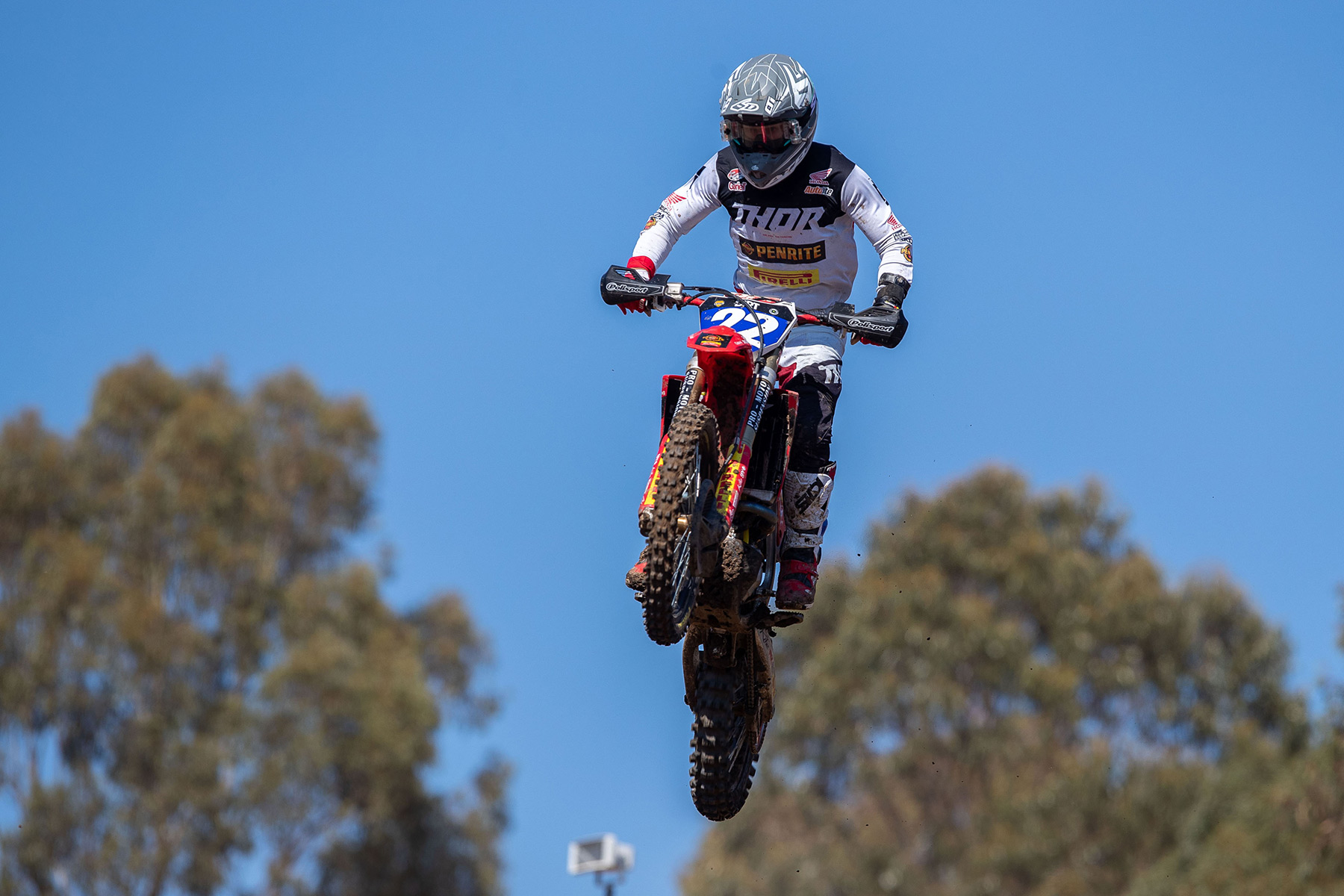 Rhys Budd continues his big form in MXD, leading both motos at Broadford and eventually finishing third overall on the day with 2/3 moto placings.
Rhys Budd is celebrating another MXD class podium after turning on strong performances at the third round of the Pirelli MX Nationals at the Broadford circuit in Victoria.

The Penrite Pirelli CRF Honda Racing rider continued the impressive form he showed at the opening two rounds of the series at Appin (NSW) and Wonthaggi (Victoria), by putting in two strong motos to capture third overall for the round and another podium placing.

Riding his MCD Performance tuned Honda CRF250R, Budd laid down fastest time in Qualifying to set up his day.

‰ÛÏP1 in Qualifying is always a great start to the day!‰Û