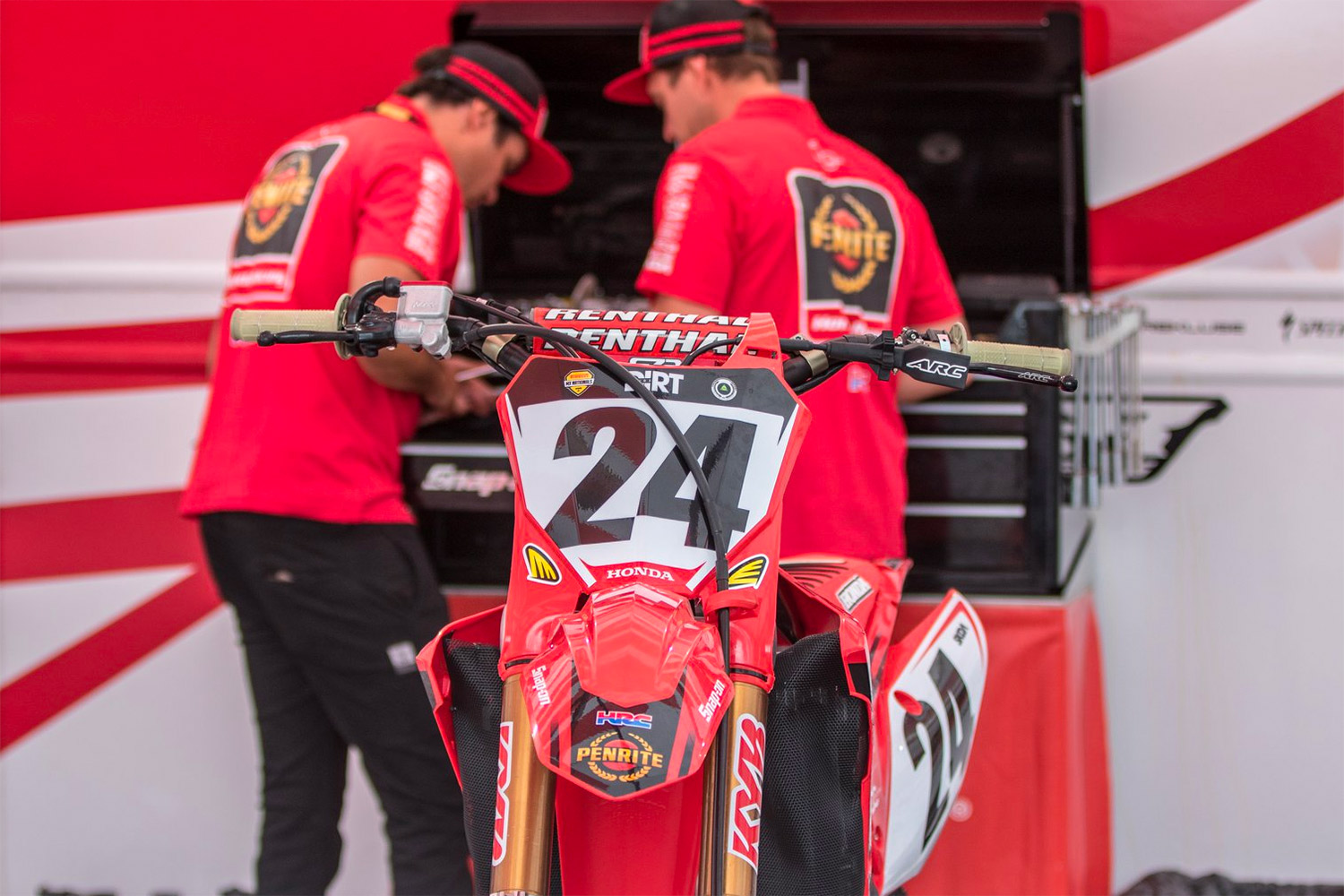 Penrite Honda Racing‰Ûªs Brett Metcalfe went into the opening round of the Pirelli MX Nationals Championship with conservative goals and was pleased to come out the other side in a very favourable position.

After only being cleared to race just six weeks after fracturing his back during a testing incident in Melbourne, Victoria, the South Australian was focused on getting through the round safely.

The season opener, held in Appin NSW on the weekend saw riders battle it out in what could only be described as a mud bath.

‰ÛÏI‰Ûªm stoked to come away with 4th - conditions were crazy and considering my injury - it is a victory in itself. It‰Ûªs also a testament to the Honda for getting through all of that mud fault free.‰Û