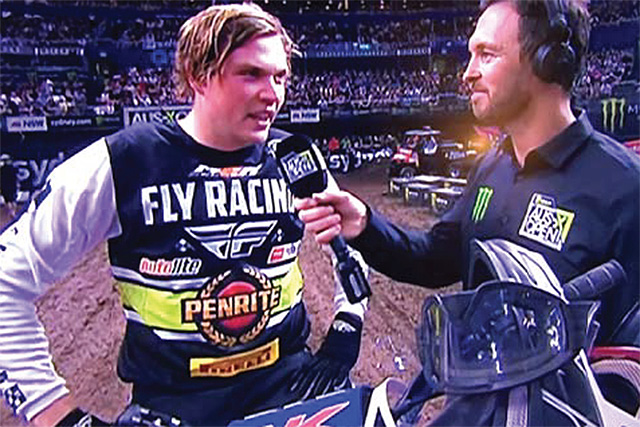 Billed as the largest action sports extravaganza in the southern hemipshere, the third annual AUS-X Open staged at Qudos Bank Arena in Sydney‰Ûªs Homebush Olympic precinct over the weekend (November 11/12) did not fail to deliver, showcasing rounds four and five of the 2017 Australian Supercross Championship.

Played out before a total at-event crowd of more than 27,000 fans over two days, and with a live national and international pay-TV audience watching on, Penrite CRF Honda Racing riders Joel Wightman and Nick Sutherland immersed themselves in the thick of the action, which featured the presence of American racers Jason Anderson and Dean Wilson, as well US legend Ricky Carmichael and injured US-based Aussie superstar Chad Reed.

Lining up in the premier SX1 category for 450cc machines, Joel Wightman was itching to take to the tight and testing indoor track layout of the AUS-X Open event and produced a mighty Semi race win on Saturday night to qualify for Superpole and the all-important Final.

‰ÛÏI just love racing the AUS-X Open event, it‰Ûªs a race I look forward to all year long and it lived up to the hype once again,‰Û