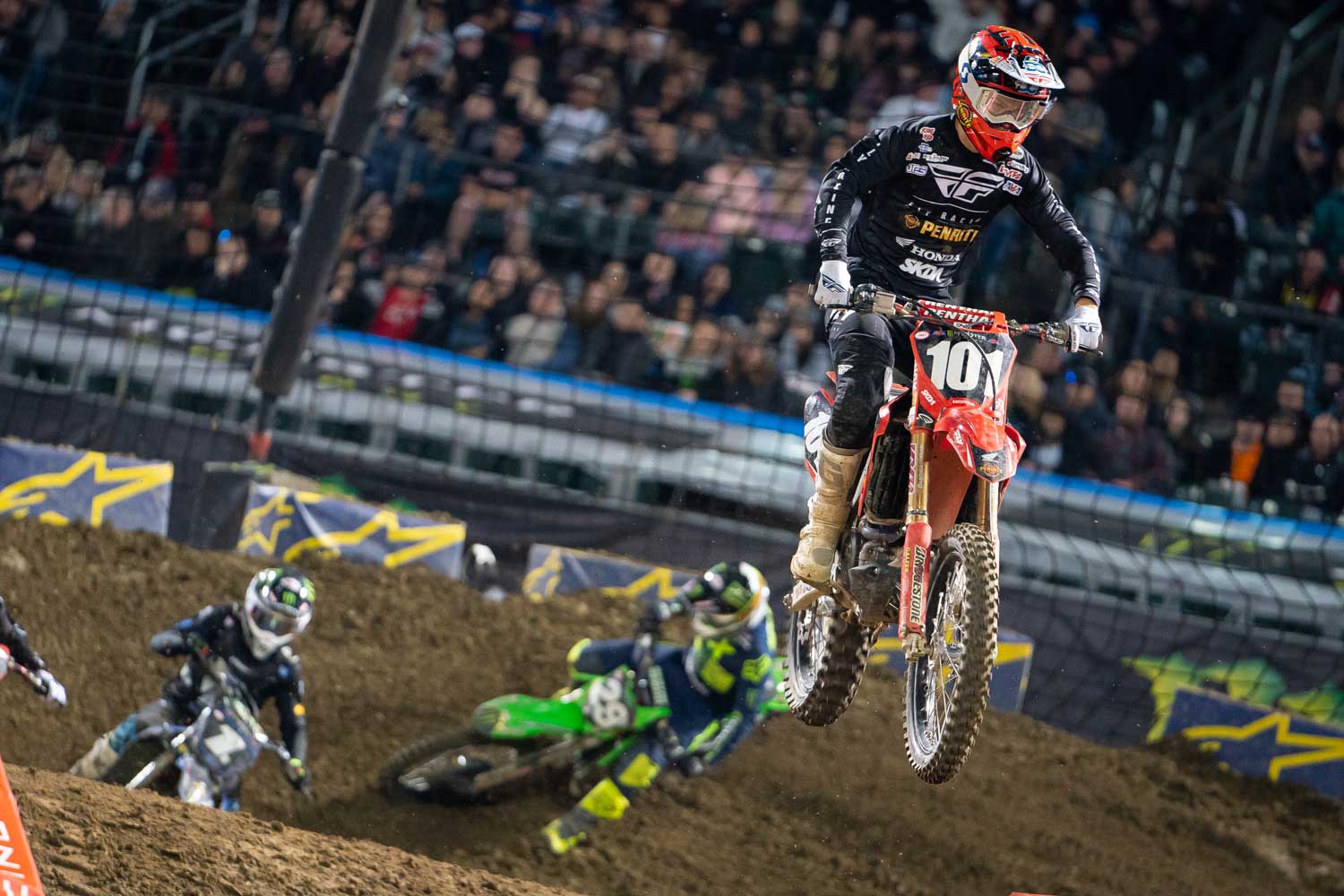 The night in Oakland started well with Oldenburg and Clout swapping the lead in their heat race. With a lap to go Oldenburg made a mistake and lost two places which relegated him to 3rd while Clout finished 4th.

"I am bummed, we had the heat race win in our hands and I made a small mistake which cost the team and I a first place finish. That said there were some positives to take from the race. Luke and I got great starts and we were competitive" said Oldenburg.

In the main event both riders got mediocre starts, Clout pushed through quickly and moved to 4th in the opening lap. Throughout the race Clout battled with point's leader Justin Cooper. Clout found himself surrounded by the best of the best and he held his own. His top 5 finish was his best overall in America and the team's best finish in their respective rookie season.

"I felt better, testing had gone well and working with Buddy Antunez has clearly helped. It was a positive step forward but we have a lot of work in front of us. I really hope I can stay and complete the championship" said Clout. 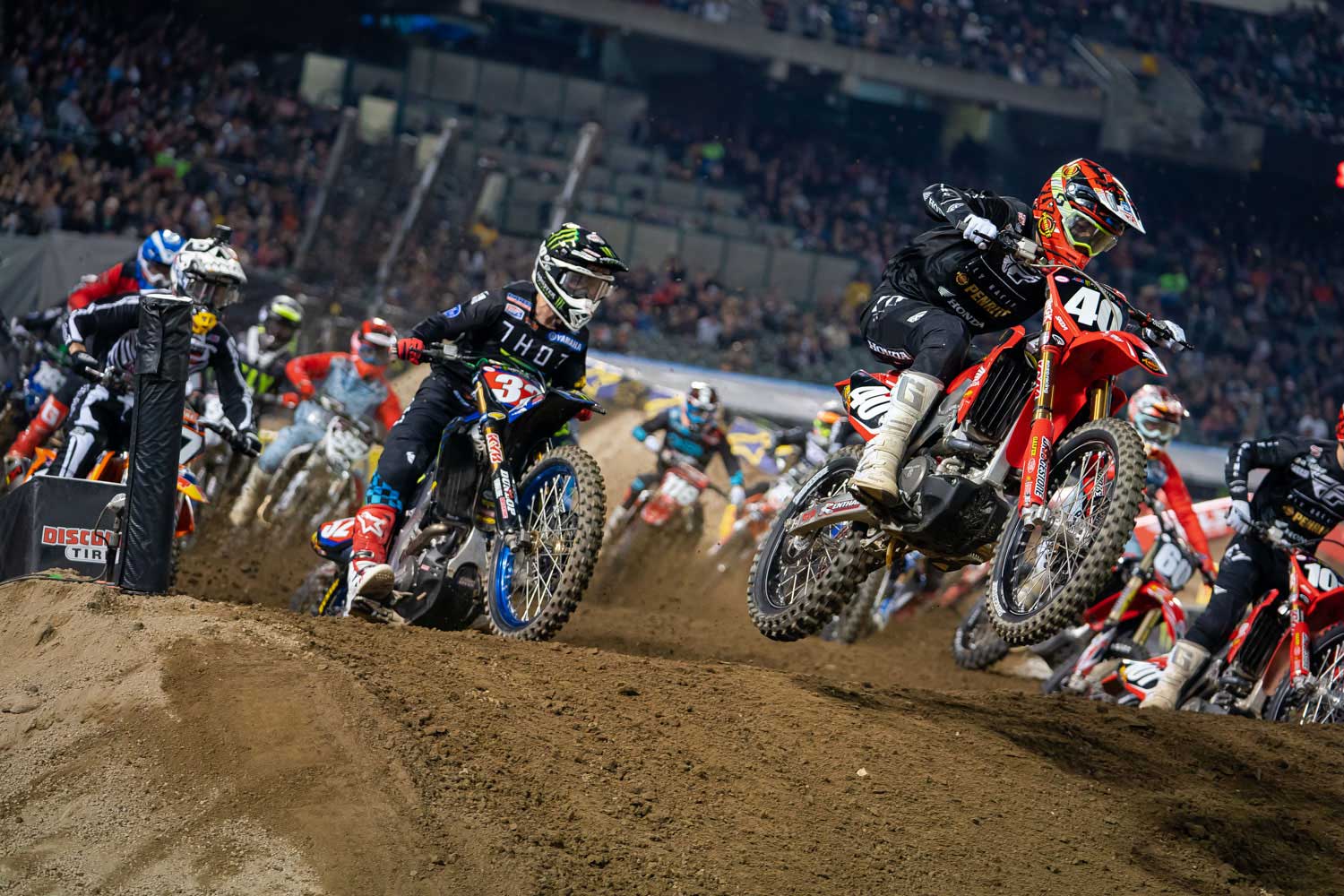 Mitchell Oldenburg overcame a bad start to claim 6th place. Photo: Michael Antonovich
Oldenburg had another trying night, having to come back through the field. He got balked in turn one and came out 16th. The American had to fight through the pack and he eventually pushed through to 6th.

"This sucks, I want to be racing up front, my bike feels great and I know we can race for podiums. I got clipped in turn one and ended up coming out 15th or 16th. All I could do is regroup and push through. I am glad I recovered to finish 6th but it's not where I want to be" said Oldenburg.

The team also moved ahead in the overall championship. Oldenburg sits in 7th and Clout moved to 8th. The team's director Yarrive Konsky is confident the team is moving forward in the right direction.

"We have a plan and we are maintaining it. I need to be patient. Everyone within the program is working towards a common goal. I am looking forward to another solid week of testing and training ahead of round 6 this coming weekend" said Konsky. 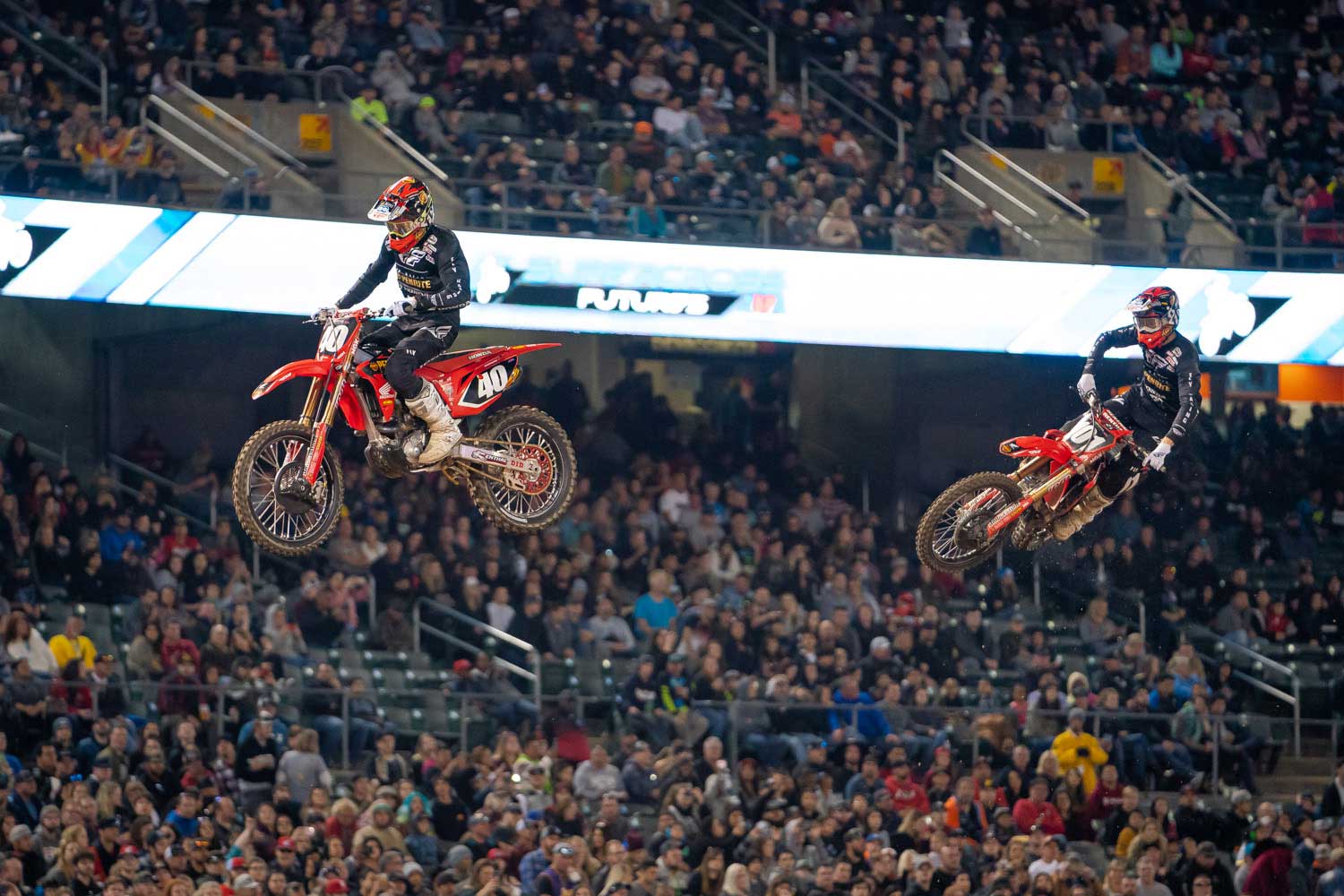 Luke Clout chased his team-mate while the dup led the opening laps of their heat race. Photo: Michael Antonovich