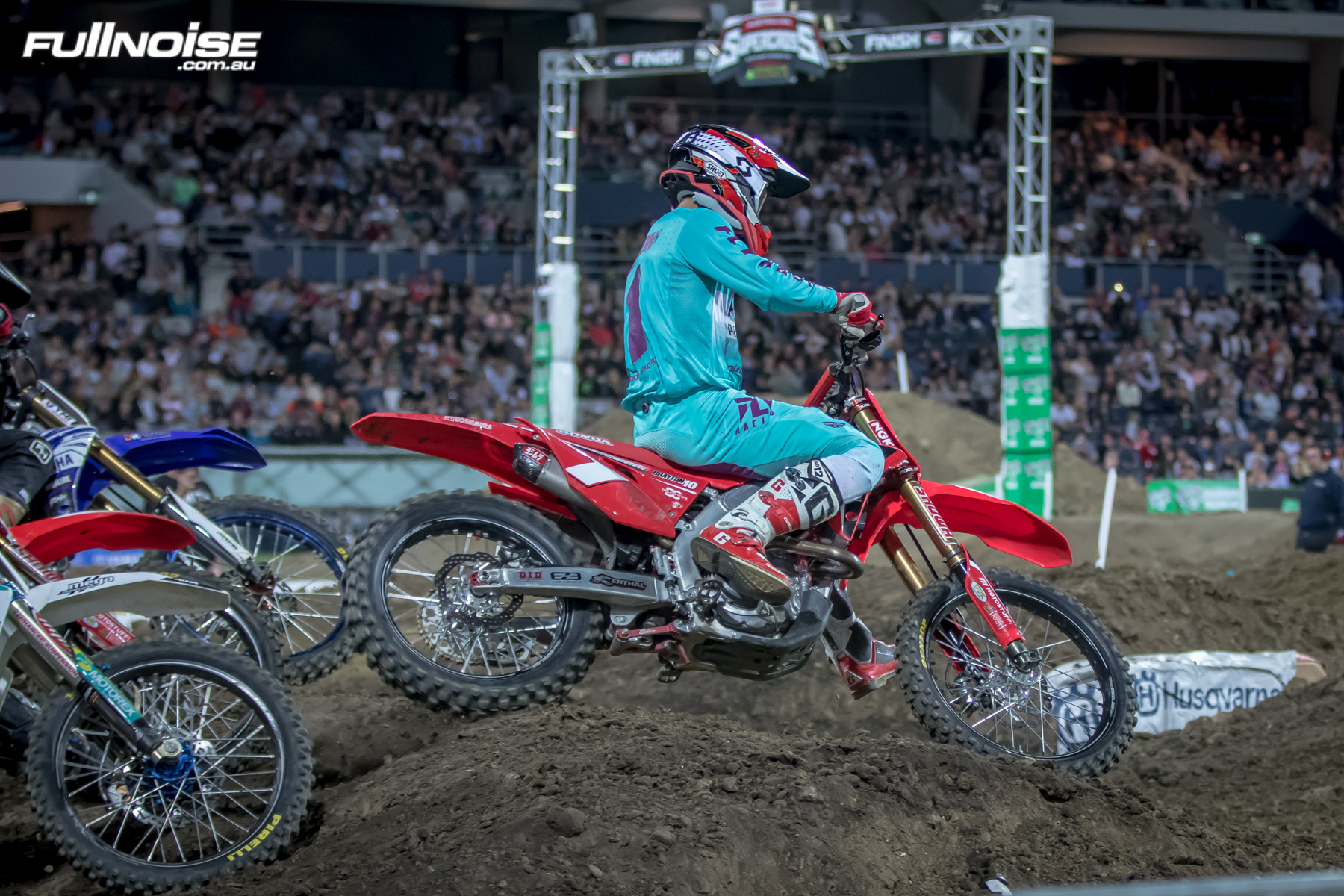 In the third and final race of the evening Brayton again grabbed the hole-shot and took the race win, resulting in 1st overall for the round, making it 3 from 3. - Photo: Aaryn MInerds
It was a night of persistence and strength from Penrite Honda Racing at the Victorian round of the Australian Supercross Championship at GMHBA Stadium in Geelong over the weekend.

Justin Brayton and Brett Metcalfe raced like warriors at the third round to take 1st and 2nd respectively for the third round in a row. Bradley Taft, the teams sole 250cc rider took 4th overall after a crash in the final race robbed him of the win.

The crowd witnessed an intense night of racing and an extraordinary display of skill from Brayton, who unknown to all watching, was suffering from pneumonia and a stomach bug.

In race one Brayton took the hole-shot and raced to a commanding win over the field. Brayton then suffered a poor start in race two and had to work his way from last place, putting on a dominating display of riding to take 2nd place.

In the third and final race of the evening Brayton again grabbed the hole-shot and took the race win, resulting in 1st overall for the round, making it 3 from 3.

‰ÛÏWow, this round really tested me. I did not ride all week. I got sick, really sick and I genuinely didn‰Ûªt know how tonight was going to play out. Whilst the second final wasn‰Ûªt ideal, I will admit that I enjoyed the challenge of racing through the field. Metty is riding well and I am glad that we have placed Honda first in every final,‰Û 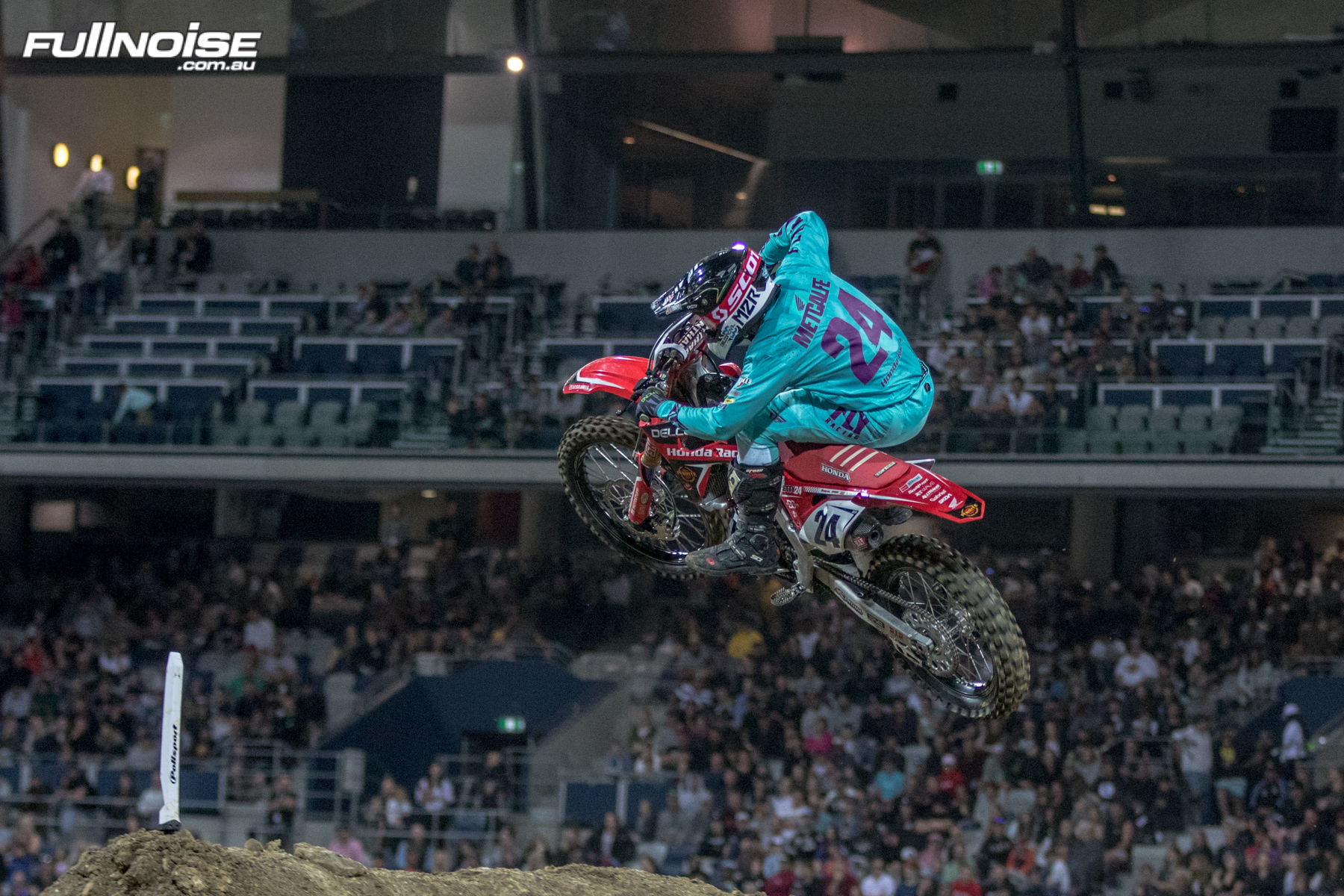 ‰ÛÏI am happy to take another 2nd but I really want to win. I am happy that my teammate is winning; it‰Ûªs fantastic for all of our sponsors but I want to win and that‰Ûªs what‰Ûªs motivating me each week. I know we have the bike, Justin‰Ûªs proving that. I just need to keep working at it,‰Û