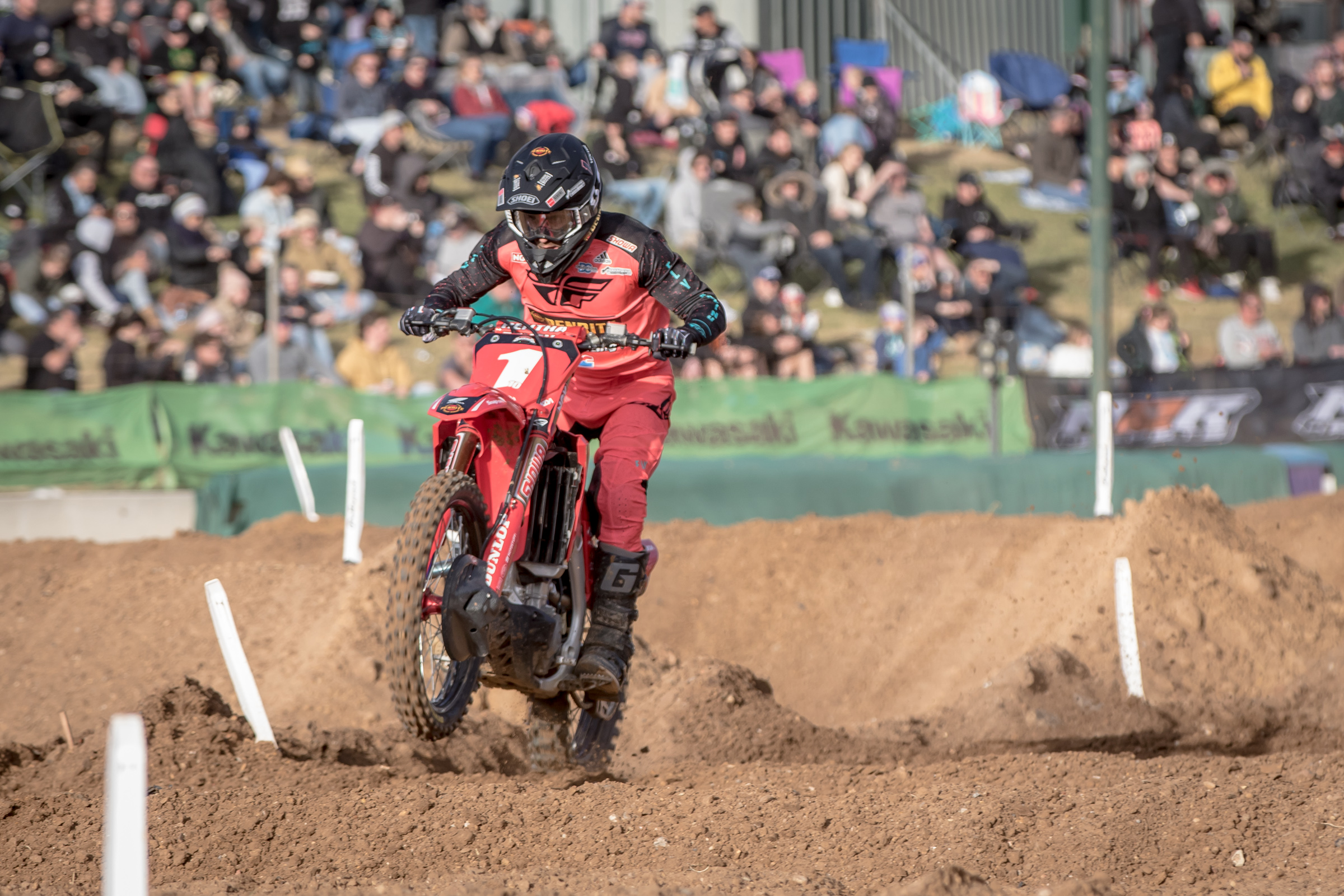 With three rounds remaining, Penrite Honda Racing are focused on taking the overall Championship win in both classes in this year‰Ûªs Australian Supercross series.

The Australian Supercross Championship is intense, with round 3 this weekend marking the return of the Triple Crown race structure. Points are accumulated across three final races and the lowest point score takes the overall win.

Team owner Yarrive Konsky is determined to make the most of the Triple Crown set up to set themselves up for an overall victory in both classes, stating.

‰ÛÏOur team has worked so hard to get to this point and we feel it‰Ûªs achievable for us this year so we are doing everything we can to make it happen.‰Û 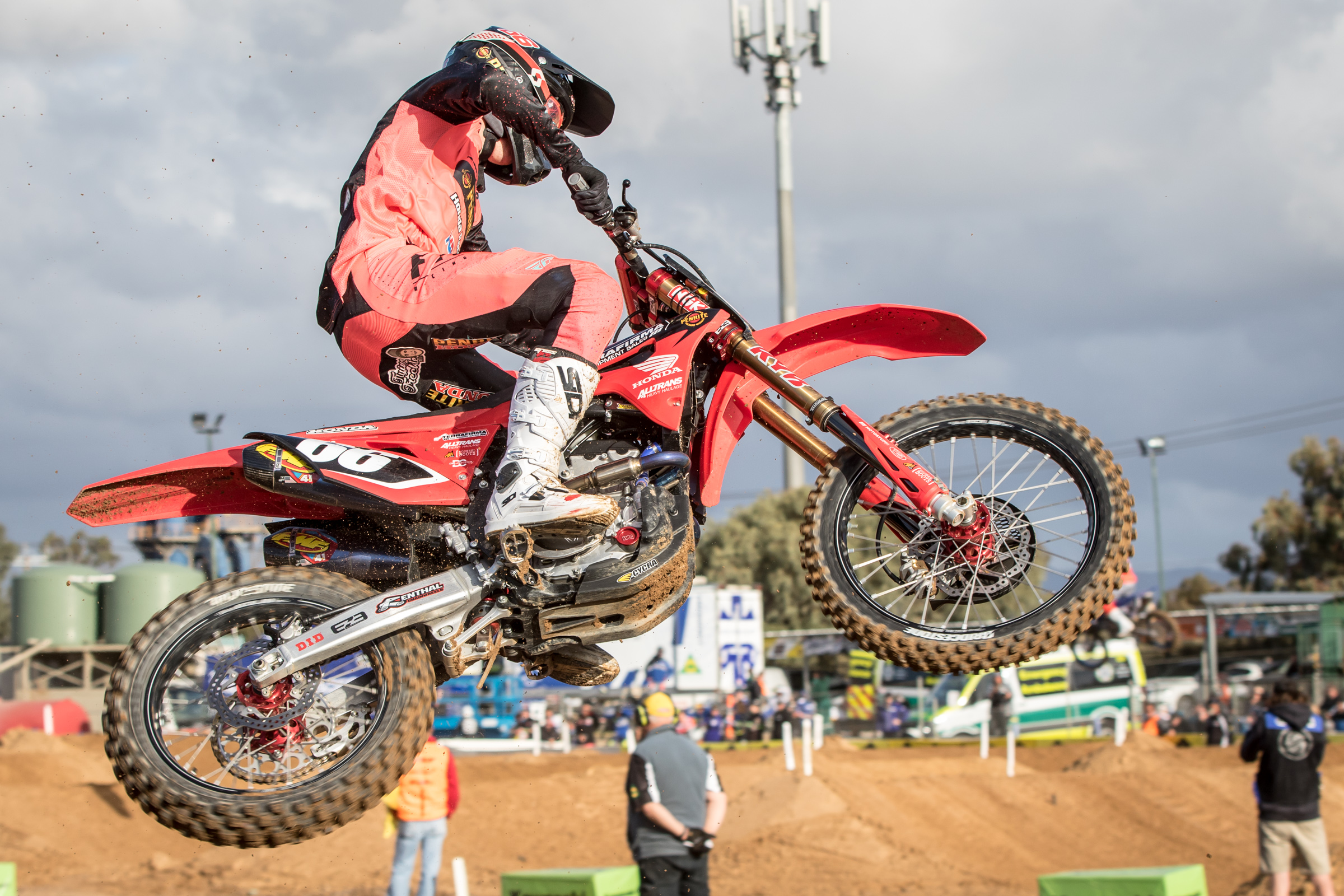 Mitchell Oldenburg put himself into SX2 championship contention with the round win in Adelaide.
The team is coming off two wins in their respective classes and looks forward to their return to the racetrack in Wollongong this weekend. SX2 rider Mitchell Oldenburg now sits in third, following his win at the last round, and hopes to continue his progression forward.

‰ÛÏThe competition is tough in Australia and the Triple Crowns are intense. I need to focus on winning and to do that I will take each race as it comes and be strategic in my attack,‰Û