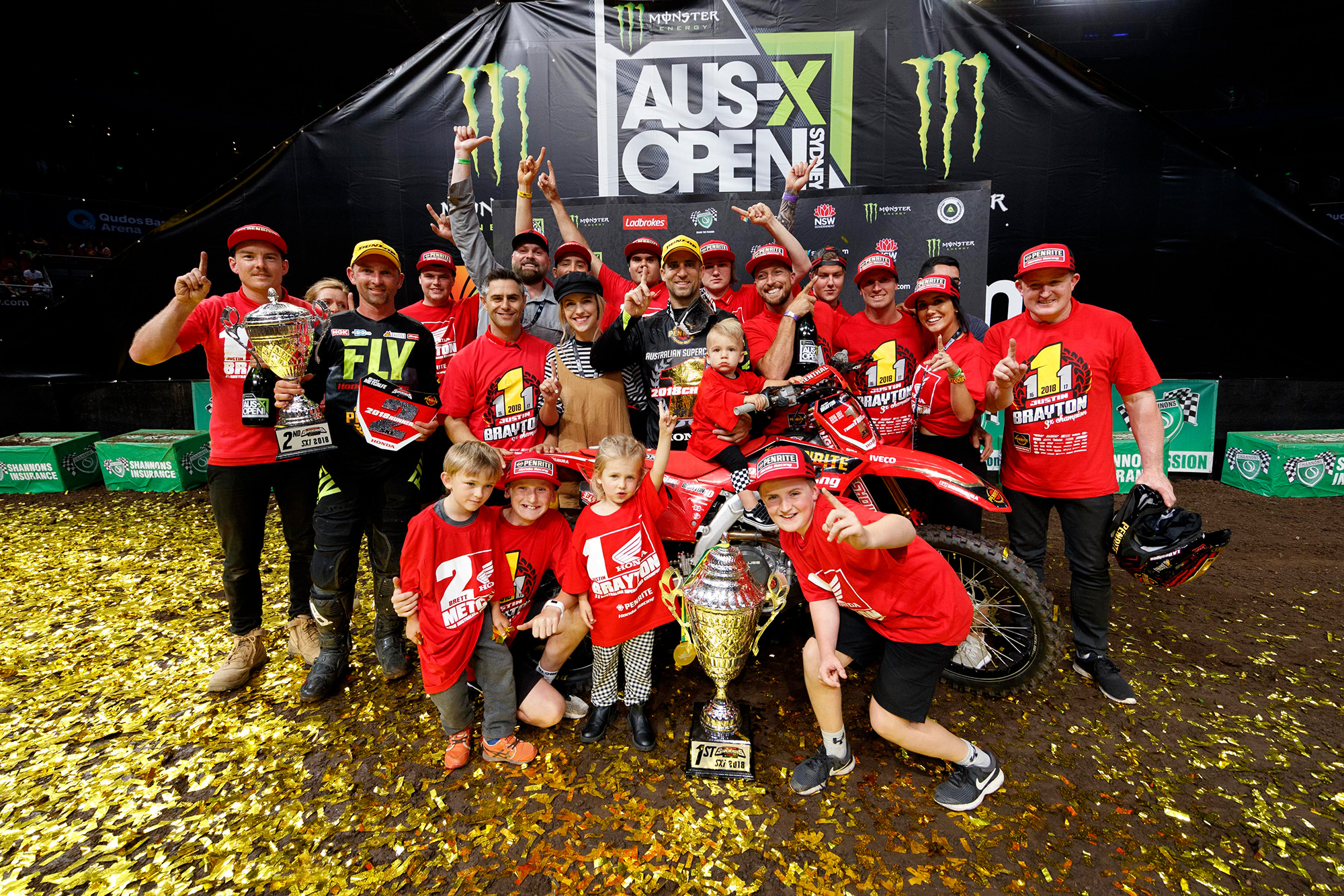 The win marks Justin Brayton‰Ûªs third consecutive Championship for the team and a successful first season with Honda for Brett Metcalfe who took out 2nd.

Brayton won three out of five rounds in the Australian Supercross season this year, although appearing in fine riding form, he admitted this was his hardest victory yet. 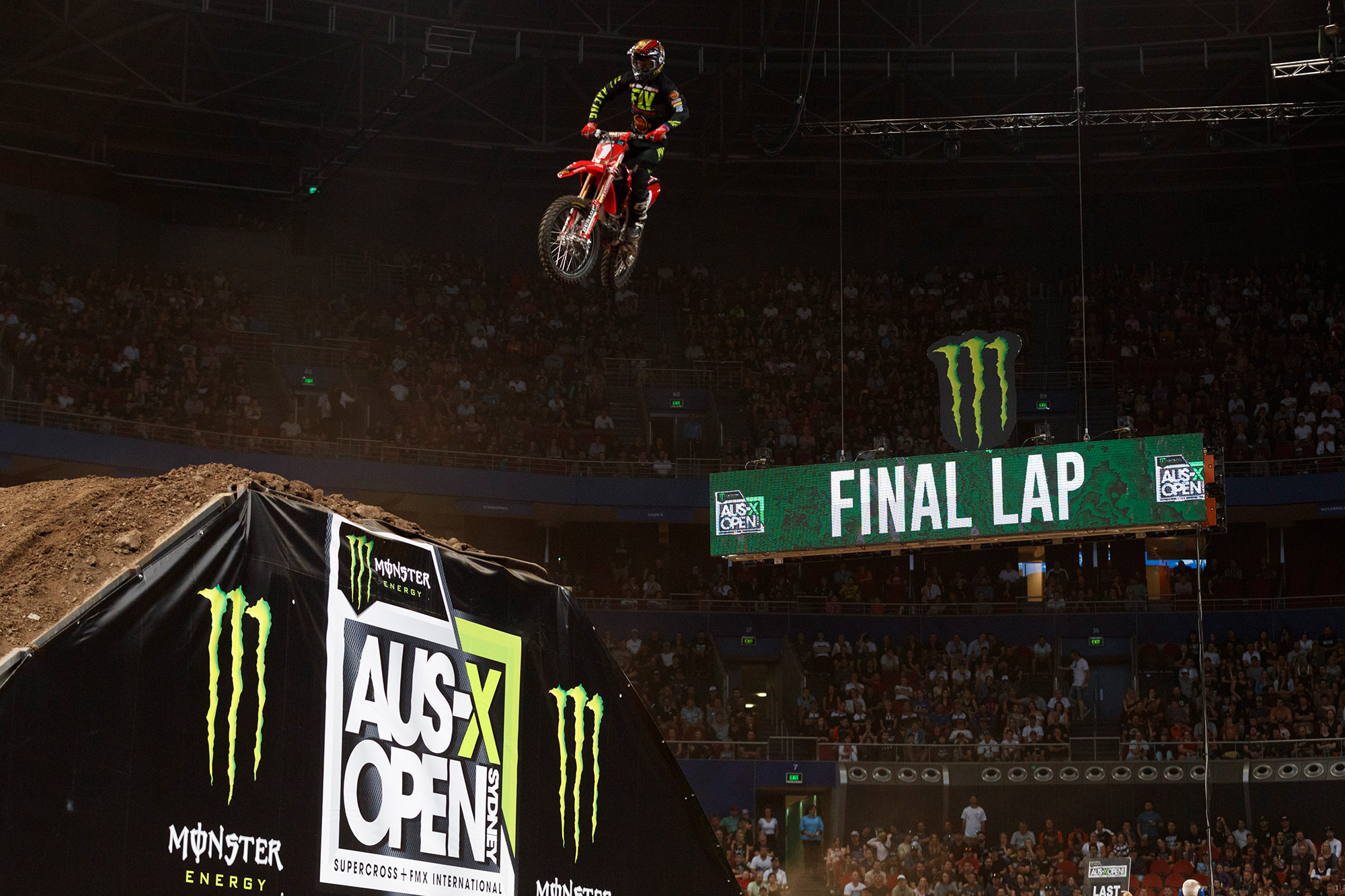 American Justin Brayton took three round wins on the way to claiming his third Championship in as many years.
‰ÛÏI am so happy to win three in a row. It‰Ûªs what I came here to do and I am glad we got the job done. It wasn‰Ûªt without its difficulties though, first my family got sick, then I got sick and I never fully recovered. I have battled pneumonia for most of the time I‰Ûªve been over here so it was tough for sure but it made the overall victory so much more gratifying,‰Û 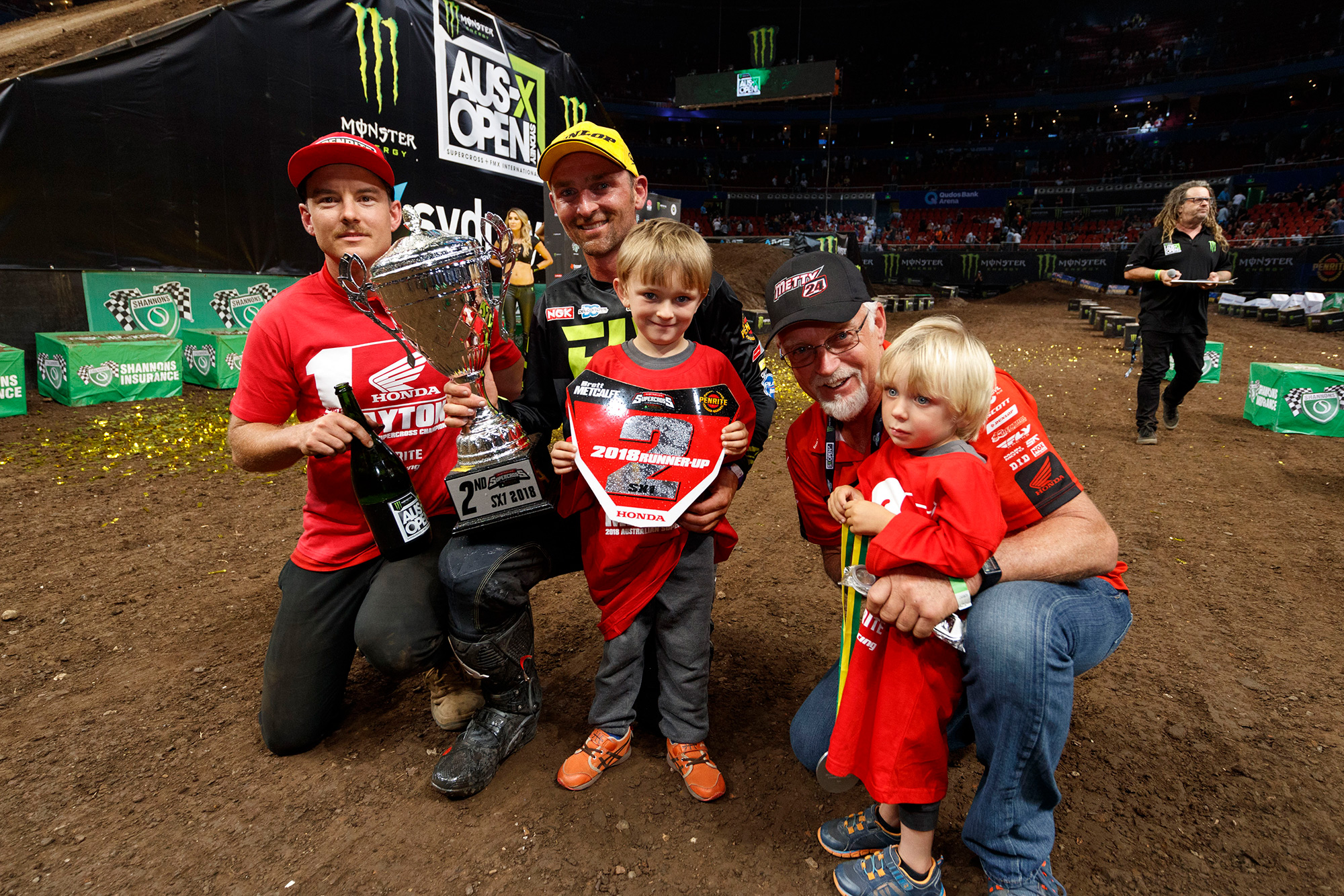 ‰ÛÏEveryone wants to win but this is the next best thing and I am really pleased to be the first placing Australian too! The season has been strong; winning round 4 was certainly a highlight and gave me a solid confidence boost.‰Û 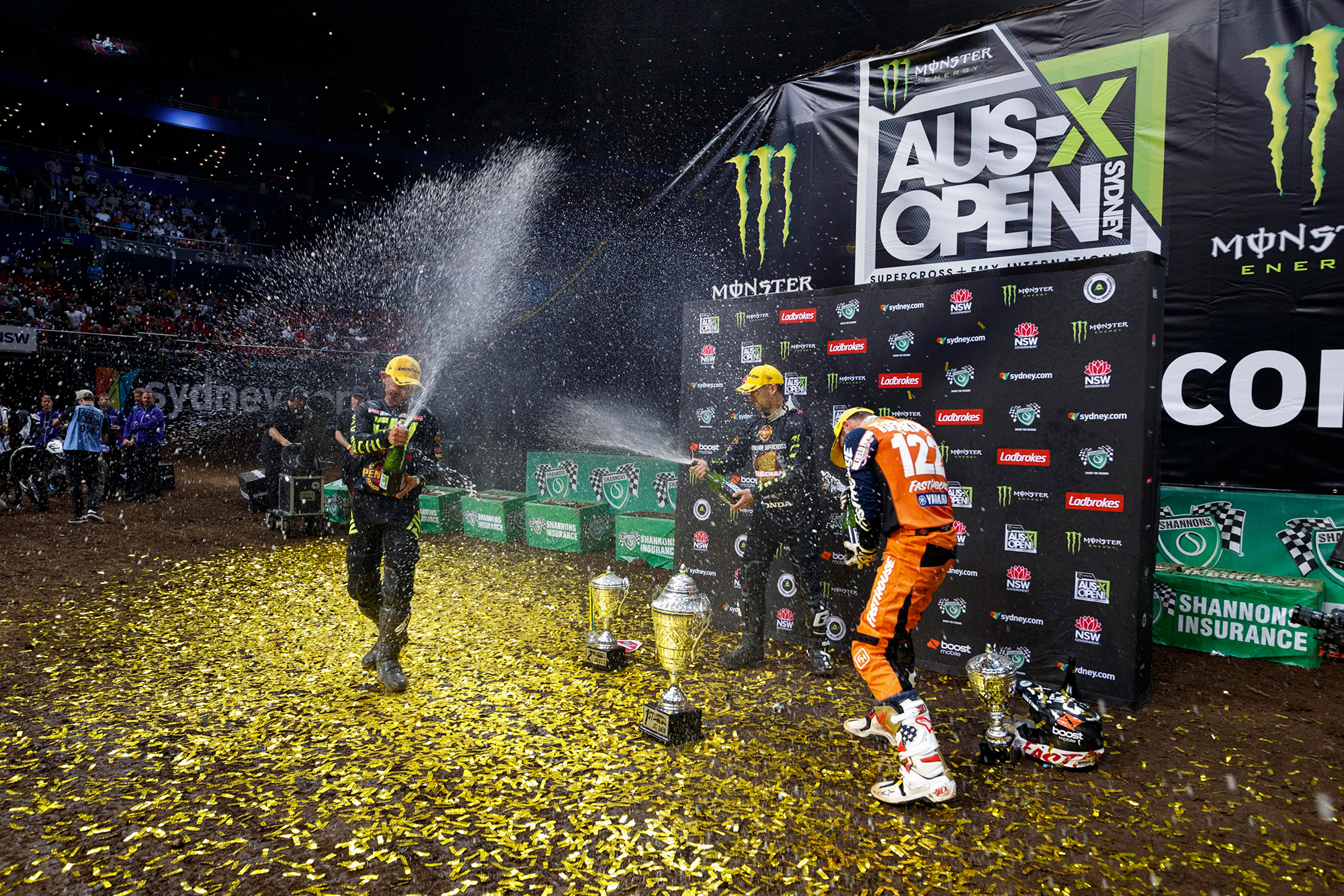