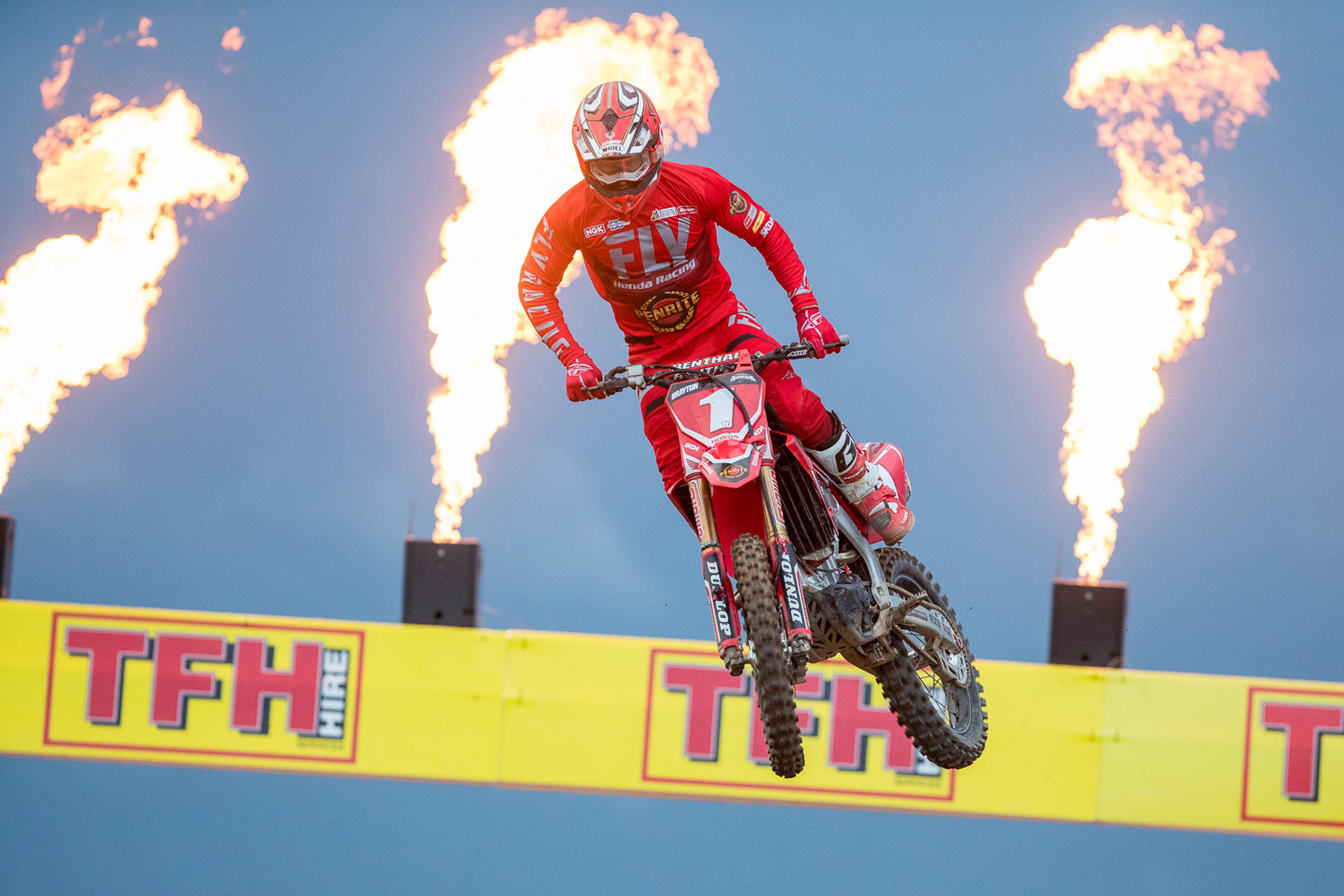 With two wins in the bag, Justin Brayton, has a solid hold on the SX1 championship lead. Photo: Supplied
Penrite Honda Racing‰Ûªs Justin Brayton and Brett Metcalfe managed another 1st and 2nd SX1 finish at round 2 of the Australian Supercross Championship in Coolum over the weekend.

Brayton qualified fastest and Metcalfe was a close 3rd. Both riders lined up together in heat 2 and had to battle from troublesome starts to get into first and second respectively.

In the final Brayton grabbed the holeshot followed by teammate Metcalfe, proving the competitiveness of their CRF450Rs. Brayton built a controlling lead by breaking away early and was pleased with his overall result.

‰ÛÏI wanted to get away early and put a controlling buffer between myself and the other riders so I needed to make the opening laps count,‰Û 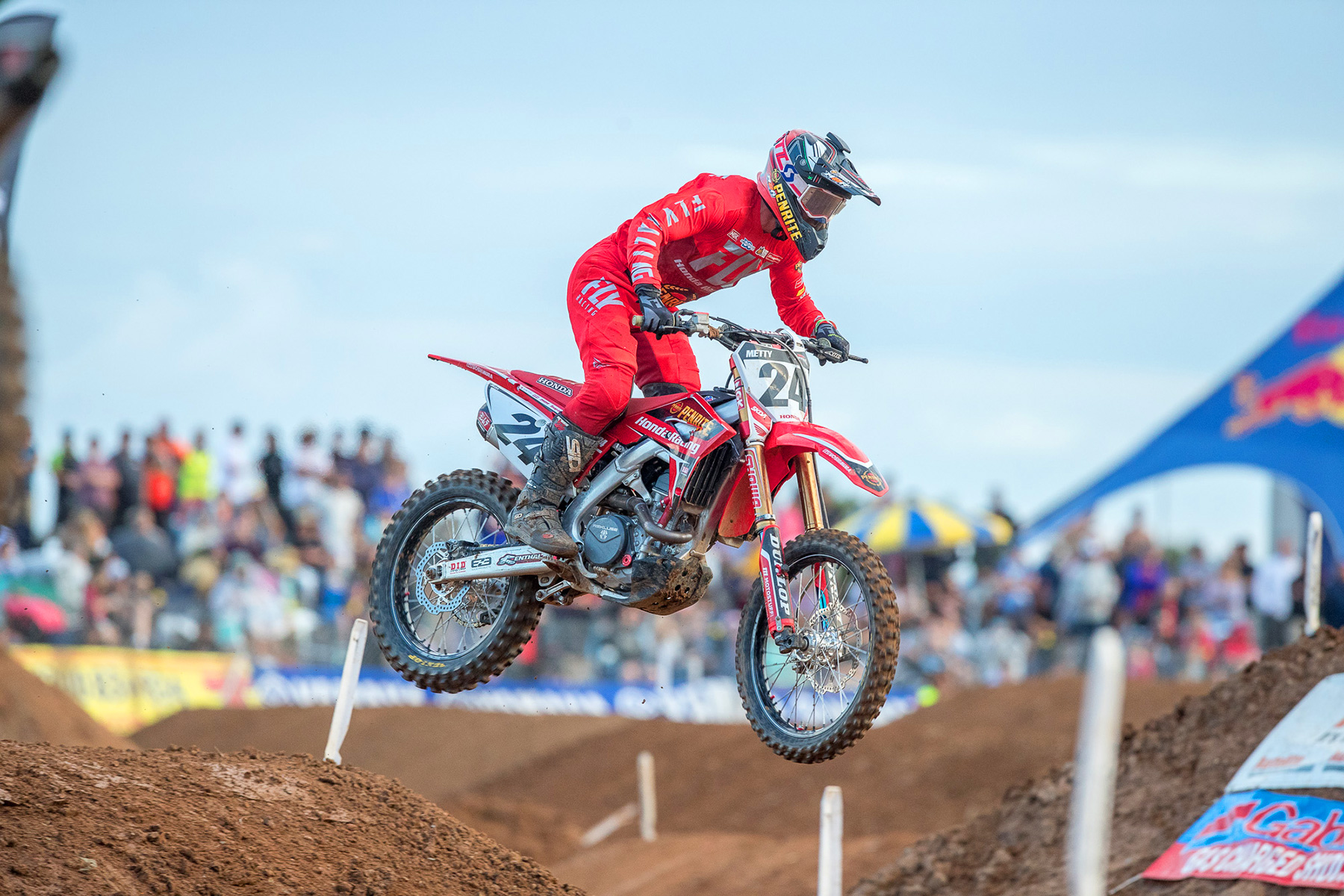 ‰ÛÏI am having fun and its showing. I would have liked to race with Justin but the challenges I had in the early stages of the race with other riders slowed my chances. I have a lot to improve on and very little time to achieve it as we are racing back to back rounds so I need to accept that and focus on what I can achieve in the time we have,‰Û 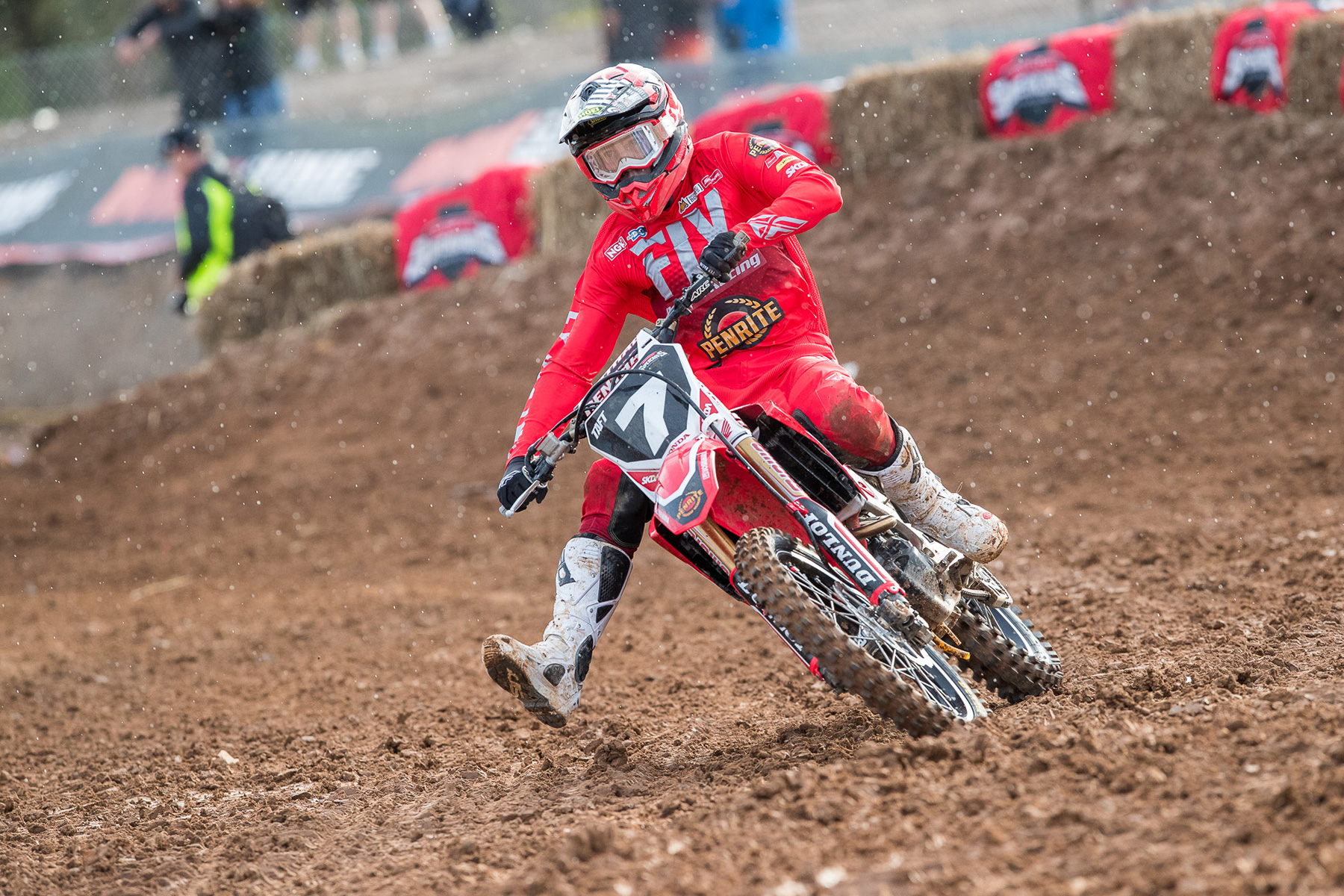 Bradley Taft struggled throughout round 2 and a crash in turn one in the final didn‰Ûªt help his cause. Photo: Supplied