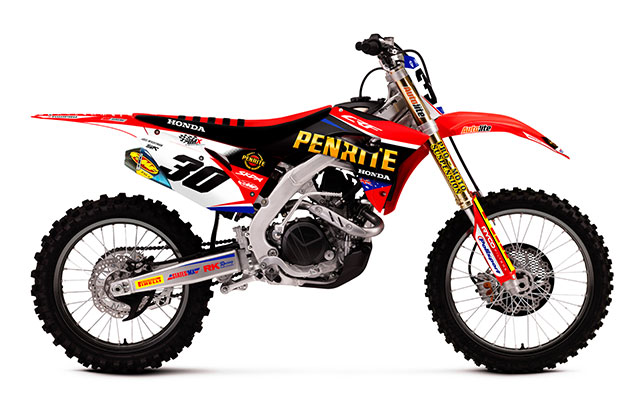 Leading Australian lubricant icon Penrite has signed on as the rights sponsor of the CRF Honda Racing team for the 2017 Motul MX Nationals and Australian Supercross Championship campaign.

And for the first time in the factory-backed Honda team‰Ûªs history, Penrite CRF Honda Racing will contest both elite MX1 and MX2 (motocross) and SX1 and SX2 (supercross) categories as team riders Joel Wightman and Kyle Webster return for the 2017 season after impressive 2016 performances with the Honda squad.

NSW Hunter Valley based Wightman will move up to a Honda CRF450R this year, racing the MX1 category of the MX Nationals and SX1 in supercross. Meanwhile West Aussie ace Webster will once again climb aboard a potent CRF250R to spearhead Penrite CRF Honda Racing‰Ûªs MX2 and SX2 attack.

Both riders are itching to get their respective 2017 MX Nationals title chases under way, when the prestigious outdoor series roars into life at Victoria‰Ûªs Wonthaggi circuit on Sunday, April 2.

‰ÛÏCRF Honda Racing is excited to be aligned with Penrite for the 2017 season,‰Û