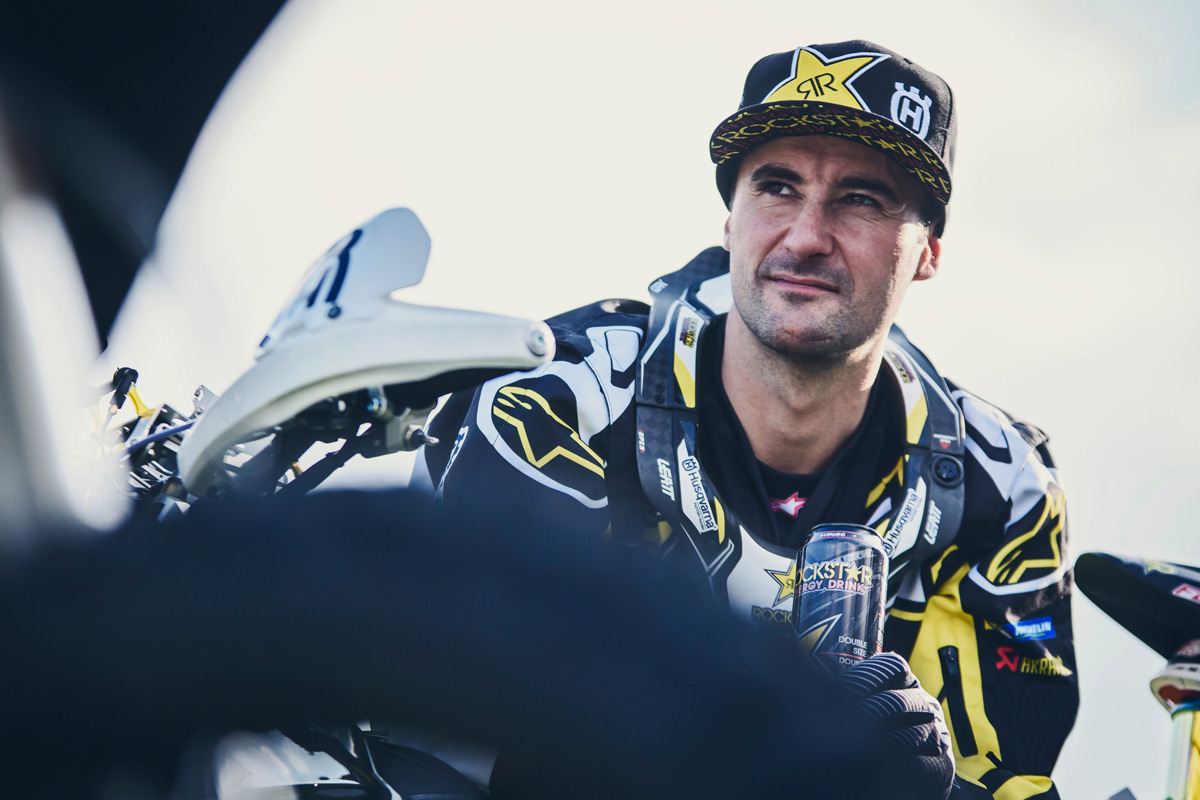 Following his retirement from competitive racing due to injuries sustained at the Atacama Rally in August 2017, the Frenchman will remain with Husqvarna Factory Racing to assist the team in their next Cross Country Rally world championship and Dakar campaign.

Pela Renet has enjoyed a varied and very successful career in motorcycle racing. His first world title came in 2009 where he was crowned FIM MX3 World Champion. Pela then switched to enduro, where he won several French championships as well as clinching two world titles in 2012 and 2014.

A change to rally in 2015 saw Pela race the Dakar Rally for the first time ‰ÛÒ a dream come true for the multiple world champion. Displaying great speed and skill on his Husqvarna rally machine, Pela finished seventh in 2017 at the Dakar ‰ÛÒ his best result at the event.

‰ÛÏI am honoured to be appointed as Team Coordinator to the Rockstar Energy Husqvarna Factory Racing Team." Renet commented. "My results over the years would not have been possible without the backing of a great team behind me and to be able to give something back by sharing my knowledge and experience is a real privilege.

"I look forward to continue working with Husqvarna and hope to claim even more victories together.‰Û