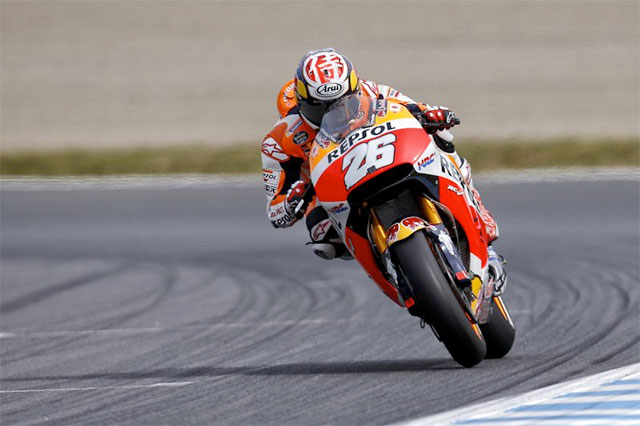 Dani Pedrosa fell heavily Friday during Free Practice 2 at Motegi, suffering a right-collarbone fracture that will exclude him from the Grand Prix.

Pedrosa will take a flight back to Spain later this evening in order to undergo surgery. The Repsol Honda rider will be replaced by HRC test rider Hiroshi Aoyama.

‰ÛÏI‰Ûªm obviously very sad about what happened, as I was looking forward to racing in Japan at Honda‰Ûªs home circuit and one of my favourite tracks," Pedrosa lamented.

"I was on the out-lap of my last run in FP2 when I momentarily lost the rear entering turn 11, and when the tyre found grip again it launched me in the air. There‰Ûªs not much more to say; now I just want to focus on recovering in order to get back on my bike as soon as possible. My best wishes to Hiro (Aoyama), who is replacing me and will race in front of his home crowd.‰Û