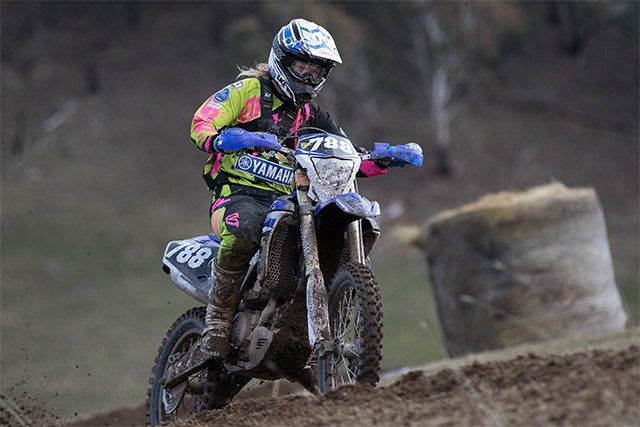 As the Womens, Vets and Masters blasted off from the starting line for the 2017 Australian Off Road Championship (AORC) Round 11 Cross Country Race at Omeo, Vic, it was Emelie Karlsson, David Murray and Derek Grundy to come out on top for their respective classes.

Jason Pearce was declared the 2017 Veterans Champion! The Womens class is still up for grabs tomorrow after Jemma Wilson suffered an unfortunate fall.

Womens
The Womens class race was thrown a curveball after class leader Jemma Wilson (Yamaha), was an unfortunate casualty of a late fall in the race.That opened the door for Swedish rider Emelie Karlsson on her Yamaha to take the win. Karlsson completed the race with a 2:26:30.972. Tasmanian rider Sophie Coldicutt finished second, taking 2:32:38.920 to finish the race, a further six minutes behind Karlsson. Tegan Hall rode very well on her KTM to complete the podium. Hall finished with a 2:48:54.408, 16 minutes behind Coldicutt.

Vets
The Veterans class is designed for over 35's competitors and showcases several enduro legends and champoins. Veteran David Murray took the win for Round 11. Murray can be extremely proud to take only 2:43:49.916 to complete the race. Jason Pearce finished in second, taking 2:45:29.026 to finish 100 seconds behind Murray. Second position gave Pearce the 2017 Veterans championship. With Kirk Hutton not competing in Omeo it left the door open for Pearce to win the title. Lou Stylianou has set himself up for a solid weekend with a third place finish. Stylianou total time was a 2:58:32.588, after braving the cold conditions to finish 13 minutes behind Pearce. 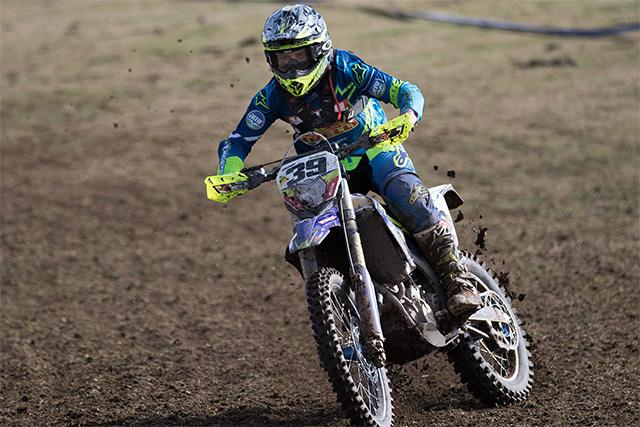 2017 Masters champion Derek Grundy continued winning in Omeo. Credit: John Pearson
Masters
The Masters class is designed for the over 45's racers and brilliant rides were certainly on display. Derek Grundy (DSR Motul Pirelli Sherco Off-Road Team) took the win for the Masters class to continue his excellent form after taking the title back at Kyogle (NSW). Grundy took 2:26:52.486 to complete the Cross Country. In second was Andrew Bespalov. Bespalov‰Ûªs time was a 2:33:02.332, to finish six minutes behind the champ Grundy. Peter Schaper was the final podium placer with a time of 2:33:42.043, 40 seconds behind Bespalov.